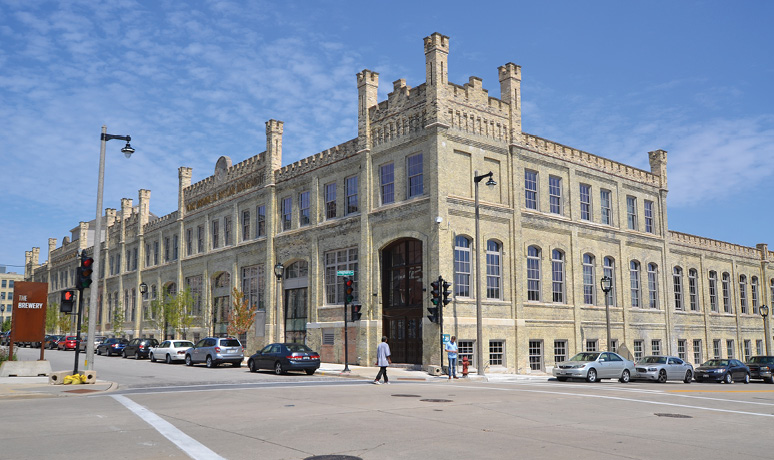 Miss Molly’s Café & Pastry Shop is set to open on July 22 at 9201 W. Center St. Owner and pastry chef Molly Sullivan has dreamed of opening her own shop since she was a kid, and will see her vision come true with her counter service café, which will have seating for 24 guests inside and another 24 on the patio.

According to OMC’s Lori Fredrich, the café will feature hardwood floors and a fireplace for a cozy feel and feature ceiling-high windows to make the space bright and open. Graphic designer Kate Niemer will paint graphics of flowers, cakes and coffee cups on the windows to add a touch of playfulness to the decor.

Fredrich offered details on the menu:

The lunch menu will include rustic tomato soup, sunflower chevre salad with honey lemon vinaigrette and sandwiches like the smoked tempeh panini and a brie and apple panini.

Ashley’s to open in Pabst complex

Ashley’s Que Grill & Bistro, an outlet of Ashley’s Bar-B-Que, is expected to open in the next two weeks in the food court of Eleven25 at the Pabst apartment building at 1125 N. 9th St.

The Journal Sentinel’s Rick Romell reported on the menu:

Ashley’s will serve barbecue sandwiches and dinners, but the focus will be on a daily soul food buffet, Jazzmon Hughes, one of the owners, said Thursday. Among the likely rotating items in the $12.49 buffet: smothered pork chops, fried chicken, specialty mac n’ cheese, homemade mashed potatoes, pulled pork and collard greens.

The original Ashley’s has been serving barbecue since 1961, when it was started by Hughes’ grandfather, Thomas Ashley Jr., and is currently located at 1501 W. Center St.

According to a press release, Jet’s Pizza has leased a 2,341 square-foot location at 1857 E. Kenilworth Pl. from Dermond Properties.

Jet’s is the nation’s 12th largest pizza chain with over 350 locations including locations in West Allis, Glendale and Brookfield. The Kenilworth Place location will be the first Milwaukee location.

According to their website, the first Jet’s Pizza was opened in 1978 in Sterling Heights, Michigan by brothers Eugene Jetts and John Jetts. After the pizzeria saw major success, the brothers joined with Jim Galloway, Jr. and Jeff Galloway to create a corporation, Jet’s America.

According to a press release by Founders 3, a commercial real estate group consisting of Commercial Property Associates, Inc., RFP Commercial, Inc., and Siegel-Gallagher Management Co., the site consists of 618, 620, 622, 628, 636 and 640 S. 6th St. and includes an existing pub.

There is ample parking next to and east of the building, which made the purchase attractive, Sievers said. Deter said Eitel is planning to turn the existing bar into a soccer bar and is hoping to have it ready by the 2018 World Cup. “I’m not sure if he is going to utilize the outdoor space, but it should be pretty cool from what he is talking about,” Deter said.

According to Hess, Eitel has owned The Nomad for over 20 years and opened a second location in Madison this March in the former home of the Cardinal Bar. 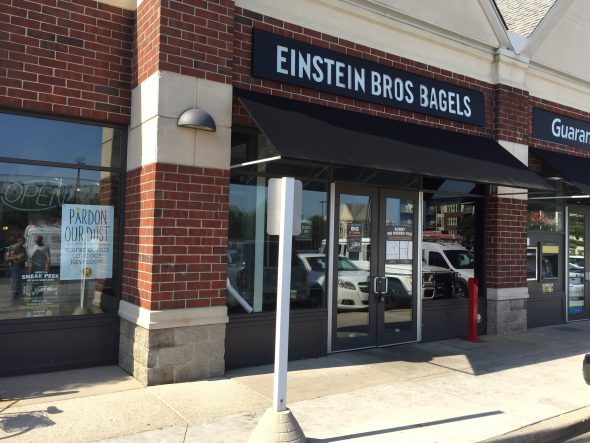 Einstein Bros. Bagels at 544 E. Ogden Ave. has closed for remodeling. The bagel shop is expected to reopen August 16, but with a new addition: Caribou Coffee will be joining Einstein Bros. to open a new Coffee & Bagels location.

Coffee & Bagels brings two favorites together under one roof to offer customers coffee and lunch in one stop.

You can enjoy tasty meals from Bebe’s Bistro, Denson’s, Little Havana, Pizzeria 3301, Jamaican Kitchen & Grill and Meat on the Street while walking down the Hank Aaron State Trail or relaxing at a picnic table.