They’ve added some tasty heart-healthy meals. But oh, those burgers. 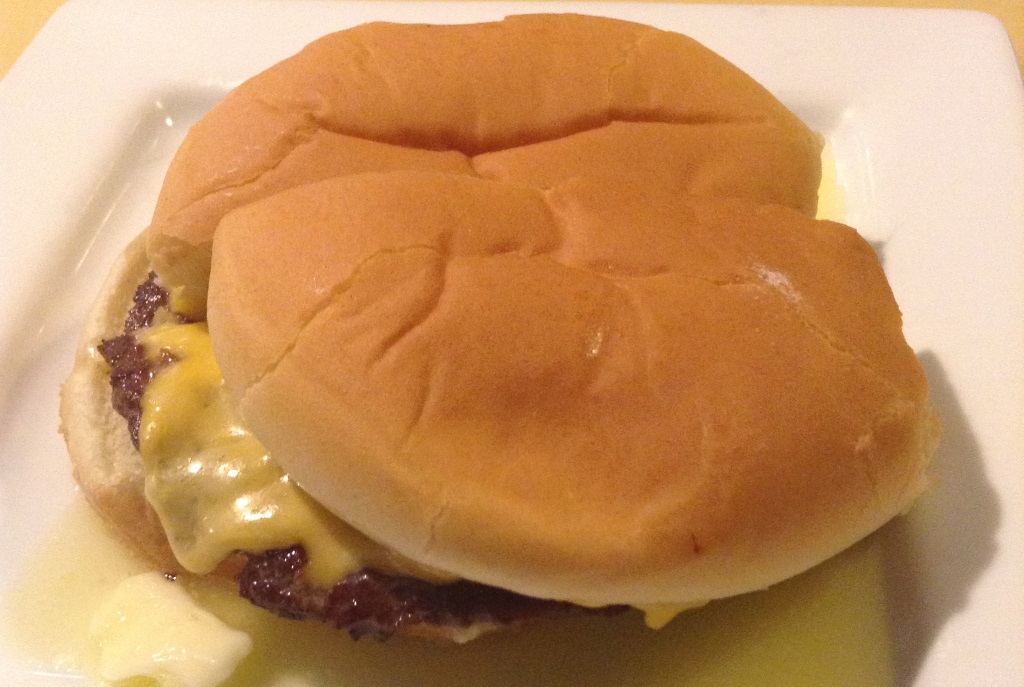 We grabbed the last two seats at the U-shaped counter at noon on a Tuesday at Solly’s Grille. Customers have gathered here, around two counters, since 1936, a long successful run for this family-owned business. Most customers come for their famous Butter Burgers, 100 percent sirloin beef patties fried in butter on a flat top grill, then presented with another tablespoon-size dollop of butter. This decadent butter-drenched burger has brought me to worship at the counter of this not-so-heart-healthy but outrageously delicious joint since I discovered Solly’s in 1982.

But, there’s so much more here than burgers, and it’s all good, as I learned on three recent visits. It was time to sample something with a little heart next to it on the menu instead of gorging in butter. I chose the Chicken Salad Sandwich from a short list marked with hearts, two salads, tuna or chicken, in a sandwich or on lettuce in a plate lunch. The mayo-based chicken salad with tiny bits of chopped celery sprawled out from the rye sandwich bread, making a generous serving of classic, no-frills chicken salad. Maybe it tasted so good because whoever made the sandwich, buttered both sides of the bread, as if he or she knew this was a customer who wasn’t counting calories.

My companion also looked past the burgers to the chili. “It’s pretty mild until the spicy kicks in. That’s good chili, spicy but not fiery, with enough heat to say it’s the real thing.” 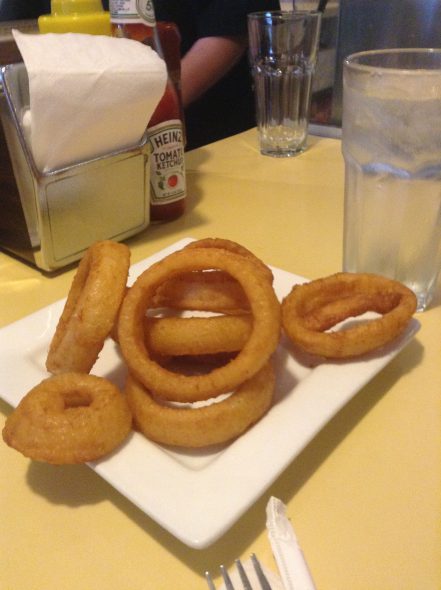 The Golden Onion Rings cooked in “Cholesterol-free oil with no trans fat,” according to the menu, were just about perfect. The batter light, no grease, the onions crisp. They hung together, unlike most onion rings that fall apart, leaving a hollow husk of batter and a hot mushy slice of onion. Unfortunately, the kitchen ran out of Solly’s Saucy Sauce. I bet it’s good.

To wash down the chili and the rings, my companion added a chocolate malt from a list that went beyond the ordinary to Banana, Strawberry- Banana, and Pineapple. The malt came in a steel can, the real deal, enough for two generous servings. It was everything a malt should be, thick as promised, with a dense malt flavor that eclipsed the chocolate, the results tasty.

Most of the servers have continued Solly’s tradition of memorizing orders in lieu of using a pad and pencil. When we asked about this, our server replied, “Most do, but not all. That’s because there used to be two burgers, the original and the cheeseburger.” I counted. There are now 17 burgers, plus a Tenderloin, a Pork Chop, a Hot Dog, a Grilled Cheese, a B.L.T., and a Chicago Denver.

On a second visit, my companion and I snared the best seats in the house, the ones that face the grill. We watched, fascinated, as the chef flipped burgers and sautéed onions. I decided that a person needs nerves of steel to keep burgers, bacon, potatoes, onions, mushrooms, and a grilled cheese all going at the same time. On her left, we noted a pile of butter in a bowl which she scooped on to the grill for every burger, then dropped another scoop on top of the burger as she folded it into the bun. According to our server, they go through 30-40 pounds of butter every day! This is high end butter which they buy from a dairy farm in Kiel along with their eggs and cheese.

This time I succumbed to the lure of the butter. The cheeseburger was everything I remembered from the days when I was a regular. Just because, I added a Potato Pancake since it was homemade. It was average, but tasty. I planned to drizzle the leftover butter from my cheeseburger on the pancake, but I looked away, and in a flash the server removed my plate. I didn’t need the extra but still…..everything tastes better with butter.

Even the Dinner Salad exceeded expectations. The “Small,” made an adequate, delicious lunch, enough for a light eater.

We finished with slices of Homemade Pie, apple for me, cherry for my companion. Both clearly homemade, tasted as if they had just exited the oven.

The “Roesti” on the breakfast menu lured me back for one more meal to check out something I’ve never seen on a menu in Milwaukee. I drive to New Glarus every October to sate my Roesti craving at the Glarner Stube on First Street next to the bakery. They make it the way I remember it from Switzerland, shredded potatoes and onions mixed with grated Swiss cheese, then fried until the potatoes crisp, the cheese melts. At Solly’s, ordinary hash browns were covered with chopped onions and some tasteless, processed, Swiss-like cheese melted on top, making a poor imitation at best.

Oh well. If the Roesti didn’t meet my high expectations, there’s always the Glarner Stube in New Glarus. And Solly’s is, after all, a burger joint, where everything else they served deserved superlatives. 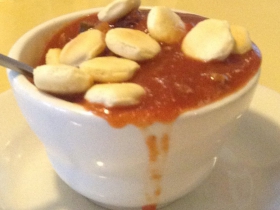 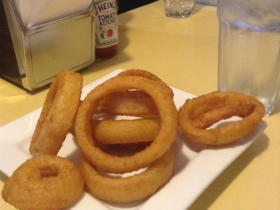 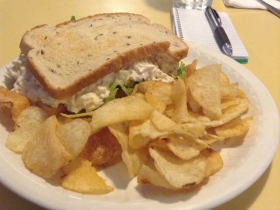 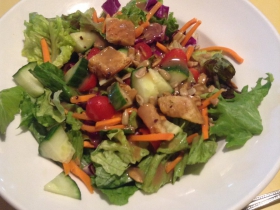 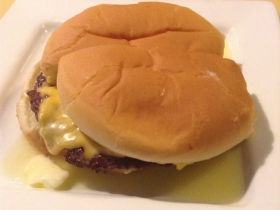 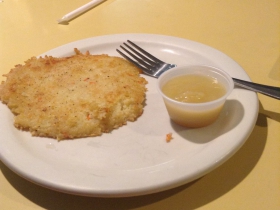 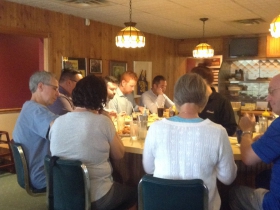 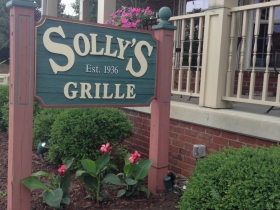 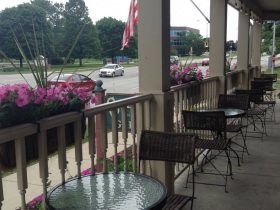 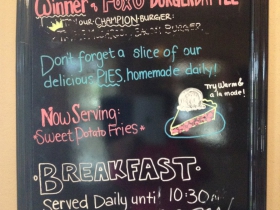 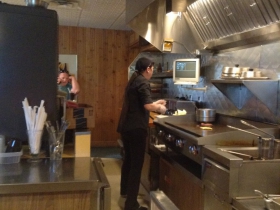 5 thoughts on “Dining: Solly’s Still Has the Best Butter Burgers”