And the new downtown high-rise makes for some dramatic photos.

Well almost. The Northwestern Mutual Tower and Commons complex is “substantially complete” according to a release from the Milwaukee-based insurance company. The company has taken possession of the building from the contracting partnership of Gilbane Building Co. and C.G. Schmidt Inc. While work is still ongoing to finalize the grounds surrounding the building, employees involved in building operations, security, cleaning and restaurant operations are “learning” the new building according to a statement from the company.

The project is scheduled to officially open on August 21st. The opening comes just a little under three years after the company held a groundbreaking for the project on August 26th, 2014.

The 32-floor tower is visible from miles away. Drivers on Interstate 43 in suburban Glendale see the tower as they head south into the city and residents of Milwaukee’s south side Bay View neighborhood can spot the tower from various spots in the area. You can even catch a glimpse of the tower from the right seats at Miller Park.

The 1.1 million-square-foot building is the biggest single tenant office building in the state. And it wasn’t cheap to build, with the project having an estimated budget of $450 million. To support the project the city created a $54 million developer-financed, tax-incremental financing (TIF) district. That district is financed by money fronted by the developer and then returned after incremental property taxes are paid on the site.

The TIF, which places the risk on the insurance company, was passed under the belief that the company would retain 1,100 employees that were previously housed in the now-demolished East Building and add an additional 1,900 employees to their downtown campus by 2030. And while the company has announced layoffs in the past year, attributed to low interest rates and reorientation towards technology skills, it was a low-risk move for the city to take.

As part of their self-financed TIF district, Northwestern Mutual is required to have Residents Preference Program certified individuals work at least 40 percent of the hours on the project. The program is designed to create jobs for un- or under-employed city residents. The company’s latest report to the city indicated they are on track to meet that target.

The life insurance firm, which formerly branded itself “The Quiet Company,” has clearly changed its image. Their downtown office complex previously avoided prominent signage. No more, as the very top of the new tower now boldly reads “Northwestern Mutual.”

Design work on the Northwestern Mutual Tower and Commons is being led by architecture firm Pickard Chilton.

For more on the company’s $100 million investment in a mixed-use building just west of its campus, see our May coverage. 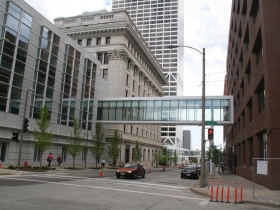 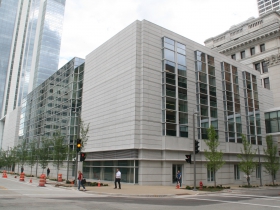 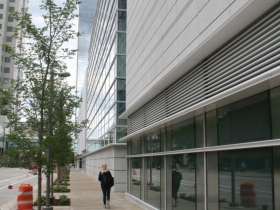 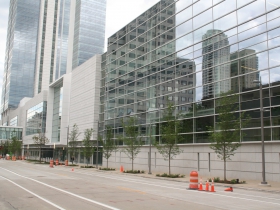 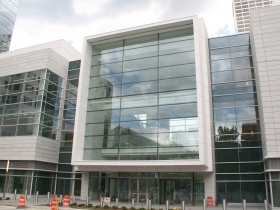 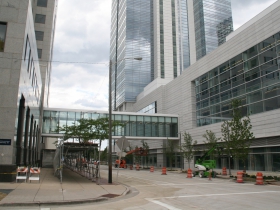