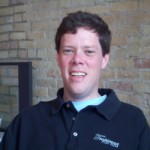 By Robert Kraig, Citizen Action of Wisconsin - May 30th, 2017 03:32 pm
Get a daily rundown of the top stories on Urban Milwaukee

Given Scott Walker’s abysmal record, anemic approval ratings, and the growing likelihood that 2018 will be a Democratic surge election, there is growing angst that elected Democrats are reluctant to throw their hats into the ring. As UW-Madison political science professor Barry Burden told Governing magazine: “Democrats are really at a loss for what kind of person would even be competitive against Scott Walker.”

Driving this paralysis is a corrupt campaign system which has escalated the price of running for Governor by 400% since 2002. Walker is a new breed of super-charged conservative politician who has nationalized Wisconsin elections with support from right-wing billionaires, movement conservative donors across the country, and corporations seeking to cash in on legalized bribery. This formula helped Walker shatter all records in 2014, and he could spend $45 million in 2018.

Potential challengers are dropping like flies for fear they can’t compete with Walker in the corrupt money game. They are certainly right if they follow the old playbook prescribed by the Democratic consultant class, which has not changed dramatically since the days of Jim Doyle. The viability of the old model has been crippled by Walker’s assaults on union rights and other traditional Democratic fundraising bases.

What we need is a new playbook, and the most promising is a Wisconsin version of the Bernie Sanders presidential campaign. The conventional wisdom that it is impossible to compete without raising millions from corporate interests and rich donors was thrown on its head when Sanders raised more than Hillary Clinton.

If Wisconsin progressives adapt the Sanders model in 2018, they will be walking in the footsteps of our most revered political leader, “Fighting Bob” La Follette. Most don’t realize that La Follette won the Governorship by creating a new campaign model which overturned a big money system that campaign professionals of his age thought impregnable.

La Follette capitalized on growing public disenchantment with the abuses of early industrial capitalism, and a deep sense that the economy was stacked against workers and farmers. He appealed over the heads of political and corporate elites with fiery populist speaking tours that generated massive media coverage (reaching far more people than the speeches themselves), inspired the creation of grassroots voter contact operations in every corner of the state, and brought in new voters excluded from the old system. La Follette created an effective mass communication model for electing progressive candidates which spread across the country, generating two decades of state and national reform that laid the groundwork for the New Deal.

Sanders built a modernized version of this movement campaign model by capitalizing on a movement moment, where the public is hungry for transformational change, and the candidate is charismatic in a non-traditional sense (an anti-politician taking on the status quo, willing to speak truths which offend many elected Democrats).

Both the surge of new voters inspired by the Sanders campaign and the unprecedented democratic outpouring of the Trump resistance are signs we are in a movement moment. The moment is rooted in a growing awareness that the economy is rigged against average people on behalf of a tiny, ultra wealthy minority that increasingly controls our politics, our economy and our lives.

To capture this energy we need a much bolder agenda than any Democratic candidate for Governor has run on in years. Sanders did not run on the complicated half measures we often hear from mainline Democratic politicians. The safe poll-tested messages marketed by consultants fall flat because they don’t inspire and motivate or speak to the underlying desire for fundamental change. Sanders ran on free college tuition, breaking up the big banks, and Medicare for All. His clarity and boldness cut through the political clutter with a public hungry for real change, built huge crowds filled with new voters who felt included for the first time, and inspired an avalanche of small dollar donations.

This should not be confused with the way progressive “protest candidates” run for office. The Sanders model diverges sharply in leveraging new communications infrastructure needed to build on the memberships of organized progressive groups to construct a large scale voter contact operation, and to turn the enthusiasm generated by the campaign into small donations at the scale necessary to fund massive paid media. Too many progressive candidates talk themselves into a false choice between principled opposition to the corrupt campaign finance system and raising the resources needed win.

To stand in the ring with a corrupt big money politician like Walker, we must not only maximize small donor contributions in the state, we must galvanize progressives across the country the way La Follette did at the turn of the 20th century. As Walker is funded (in other words bought) nationally, the only way to beat him is to turn the 2018 Governor’s race into a national referendum pitting Walker, Trump, and Ryan’s vicious right wing agenda against an exciting progressive vision for what Wisconsin and America can become.

Robert Kraig is Executive Director of Citizen Action of Wisconsin. He also served on the Democratic National Platform Committee in 2016 as a representative of the Bernie Sanders Campaign.

This column was originally published by the Cap Times.