According to a 2016 Forbes listing, Wisconsin’s Diane Hendricks is the nation’s wealthiest self-made woman, with a net worth of nearly $5 billion. Yet she paid no Wisconsin income tax in the years 2010, 2012, 2013 and 2014, according to a report by Cary Spivak and the Milwaukee Journal Sentinel.

It appears the Republican supporter and Trump economic adviser also gets a break on the taxes on the 228-acre property consisting of 14 parcels where she lives in the unincorporated community of Afton in the Town of Rock, a mostly rural area between Beloit and Janesville in Rock County, Wisconsin.

The Pitts, LLC., organized after the December 2007 death of Ken Hendricks, Diane’s husband, and sharing an address with the headquarters of ABC Supply, Inc., her family firm, received a $4.2 million Warranty Deed for the property at 4007 W. Eau Claire Rd. in 2009.

Today, the 120-acre main parcel — identified by officials as the residence of Diane Hendricks has an assessed land valuation of only $75,600, or $630 per acre, while four adjacent lots of less than an acre apiece also owned by Hendricks are each assessed at $22,500. This disparity alone raises red flags.

As for improvements on the property, billionaires have been known to spend extravagantly on their properties, and this one is a dandy, with woods, ponds, plazas, pathways and party areas. However, the property assessment compiled by Accurate Appraisal, LLC., with whom the Town of Rock contracts, shows only a modest 1,663-square-foot frame residence on the property, constructed in 1993 and valued at $390,000.

This clearly conflicts with the description of the Hendricks home when a reporter for Forbes Magazine toured the residence in 2010:

Diane Hendricks (is)… transforming a modest rustic home in Afton, Wis. into a 10,000-square-foot dream house–one she’d planned to share with Ken. That hope came to a shattering end in December 2007, when Ken, returning late from a business party, went to check on a new floor above the garage and fell through. Diane found him. He died in the hospital hours later of head trauma.

A Google Earth search of the home’s address also clearly shows a very large home on the rural property.

Hendricks herself has talked about her spread (which apparently is ideal for corporate entertaining) with a reporter from Bloomberg News in a 2015 article entitled “Meet the Billionaire Roofer Behind Scott Walker“:

Hendricks keeps a small herd of deer on the property. ‘I’m in a male-dominated industry,’ says Hendricks, 68, who wears her dark hair long and favors black leather jackets. ‘They like to see deer running by with big antlers.’

On the Map Yet Off the Tax Rolls?

In researching this property for a House Confidential, column, it became clear the descriptions of the home did not match the assessment records. So I checked the neighboring addresses on the Town of Rock website to see if the home might be located at one of them. A 120-acre property might just be the beginning of the Hendricks holdings, and maybe the home itself was on an out-lot. However, this search was unsuccessful, with no property remotely matching the description of the Hendricks home.

On Tuesday, April 18th, I sent an e-mail to Deborah Bennett, the Clerk/Treasurer of the Town of Rock asking her for the parcel number for the Hendricks property. The town hall is located in Afton, about 1,000 feet due south of the Hendricks estate, so I relied on local knowledge to help me out.

“I am having a difficult time sifting through the assessment files of the Town of Rock to find a property that matches the numerous written descriptions of the home of Diane Hendricks. Could you please direct me to the parcel file for the Hendricks home, which is said to be approximately 10,000 s.f.?”

This was the same number I had already reviewed, but I entered it into the website and re-checked it: the sub-parcels for that parcel number were all under one acre, including a .76 acre site valued at $100 and registered to the Hendricks Family Cemetery Association, which is presumed to be the burial site of Ken Hendricks. But still no 10,000 square foot home.

I related my findings to Bennett and repeated my request, this time with a photograph of the home, just in case she was not familiar with the most famous property in her community.

Accurate does the assessments for over 100 Wisconsin communities, including the Milwaukee suburbs of Brown Deer, Cudahy, Glendale and Shorewood. I contacted the company via e-mail on April 27th, and copying it to the Town of Rock Clerk/Treasurer.

I called the firm the next day, and was told that my request had been sent to “the appropriate party.”

On May 1st, the appropriate party had still not replied to my request, and I e-mailed the firm again. I then received a return all-caps e-mail from the firm’s receptionist:

HELLO MICHAEL – IT IS MY UNDERSTANDING TO BEGIN, THAT YOU NEED TO FILE AN OPEN RECORDS REQUEST WITH THE TOWN OF ROCK. PLEASE CONTACT THEM AND THEY CAN ASSIST WITH THAT. THANK YOU,

Since this had already been done, Urban Milwaukee editor Bruce Murphy got involved, and contacted both Deborah Bennett and Accurate Appraisal. Bennett responded on May 3, saying “our attorney will review the file” and she will get back to us. As for Accurate Appraisal, Muskevitsch told Murphy that all requests must go through the Town of Rock.

On May 12 Murphy again emailed Bennett, saying: “It’s been more than week and we haven’t heard anything, and the earlier request by our reporter Michael Horne goes back nearly a month. We are going to proceed assuming a full assessment of Hendricks home has not been made.”

Given how close the Hendricks property is to the town hall, it’s hard to imagine the assessor would not know about Hendricks’ huge home. And in any event, under Wisconsin law, municipal assessors are obliged to discover all real and personal property that is subject to tax. Physical inspection of properties, especially those with changes of ownership or construction permits, is the preferred method to keep properties assessed as close to 100 percent of market value in properties. That does not appear to have been done.

Accurate Appraisal has in the past made errors. In a rare move in 2015, the State Department of Revenue forced an assessor with the firm to give up his certification for six months following sloppy work on the 2014 assessments in Germantown. The firm was accused of “chasing the sale” — that is, basing property valuation simply on a recent sale of comparable parcels, without performing due diligence to see if the properties might be under- or over-assessed.

The Milwaukee Journal Sentinel did a 2015 Watchdog report entitled “The Trouble with Taxes,” and “found in dozens of communities across Wisconsin, at least 20% of residential property taxes are being paid by the wrong people.”

Among those “wrong people” could be 3,337 of the 3,338 inhabitants of the Town of Rock — assuming Hendricks home is not assessed for property taxes, and perhaps if her land is under-assessed.

Finally it must be noted that Diane Hendricks is no stranger to the world of government. She is a co-chair of Rock County 5.0, a five-year public/private initiative to advance Rock County’s economic development, has served on the board of Wisconsin Eye, which televises legislative hearings, has served on the Republican National Committee and  is close to Gov. Walker. She has pumped nearly $5.5 million into a conservative super PAC that’s spending millions of dollars on attack ads in her home state. These were purchased by the Reform America Fund, which has raised almost $5.9 million since it was launched in July 2015, meaning Hendricks accounts for 93 percent of its war chest. 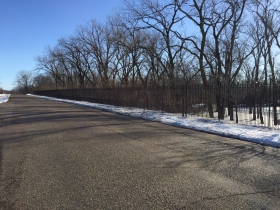 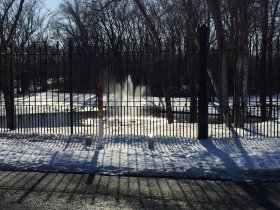 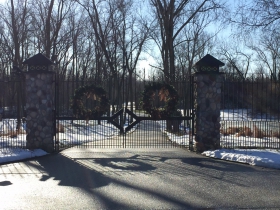