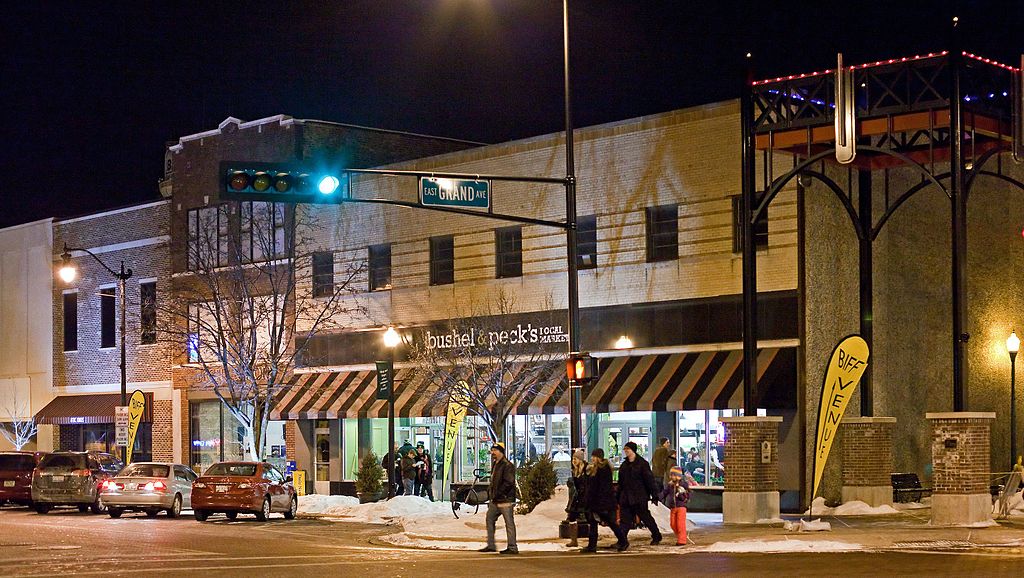 On Sunday the New York Times wrote a powerful and quite glowing story about billionaire Diane Hendricks’ mission to remake the troubled town of Beloit. Money couldn’t buy publicity like this.

“When Diane Hendricks sees something she doesn’t like here, she buys it,” reporter Alexandra Stevenson writes.

“A bankrupt country club. A half-empty mall. Abandoned buildings. The rusting foundry down by the river… Hendricks thinks (Beloit) can be a place where start-ups create the next billion-dollar idea, and she is remaking the town to fit her vision. She can do so because she is the second-richest self-made woman in the United States, behind only Marian Ilitch of Little Caesars Pizza, according to Forbes magazine. “

It’s an interesting if selective story, with all good news about Hendricks and her impact on Beloit, where her company ABC Supply, the nation’s largest wholesale distributor of roofing, windows, siding and gutter materials, is located. It might have been located in Janesville, the story notes, but Hendricks and her late husband, Ken, were turned down for a loan there when first getting started: “We don’t do business with entrepreneurs, and we don’t want your business,” Hendricks recalled the banker saying. As a result, the two “turned their backs on Janesville, focusing instead on Beloit,” Stevenson reports.

Among other efforts by Hendricks the story notes, “she took the library from its historic location downtown and resurrected it inside a failing mall at the edge of town, replacing the original with a performing arts center where dance and music students from Beloit College can study and perform each year. Then she scooped up nearly every building on a downtown block and knocked each one down, making way for a sushi restaurant, a high-quality burger joint and modern apartments…”

Hendricks and her husband also bought Ironworks, an old foundry complex which she has converted into a commercial space and has “wooed several start-ups, persuading them to set up shop” there. That includes Comply365, “which makes software used by airline pilots to complete their flight paperwork,” and now counts Southwest Airlines among its biggest clients.”

Hendricks also worked with city officials in Beloit to help attract the Rockton, Illinois online coupon company FatWallet across the border to Wisconsin: it has relocated its headquarters in the Ironworks complex.

And she and her husband agreed to help bankroll an international film festival in Beloit, which has become a success, even though its debut (in 2006) “occurred the same week as the much more famous Sundance Film Festival.”

Yet Beloit, a classic Rustbelt town impacted by the decline of manufacturing, remains “deeply troubled” despite Hendricks’s efforts, the story notes, with high unemployment and boarded-up shops. “About a quarter of the population lives in poverty, twice the rate of residents in the rest of Rock County. One in every four children lives in poverty in the county.”

Which raises the question of whether Hendrick’s vision for America is one that leads to economic success for average Americans. Stevenson doesn’t report that Hendricks urged Gov. Scott Walker to go after private sector unions, or that the Right to Work law he signed has been found to lower average wages in states where it has been passed. Stevenson doesn’t tell us how many employees at ABC Supply have family-supporting jobs.

Nor does Stevenson report that Hendricks didn’t pay a cent in state taxes from 2012 through 2014, or that tax cuts passed by Walker and Republicans went mostly to wealthy Wisconsinites like Hendricks, or that Hendricks has grossly underpaid her property taxes going back many years.

Liberals might argue that Hendricks is a classic example of trickle-down economics, proof that tax cuts for the rich fail to produce a strong middle-class. Conservatives might argue that Hendricks is evidence that tax breaks have led to good things in Beloit. But either way, it helps to have all the facts recounted. It’s rather surprising to see the Times, celebrated for in-depth reporting, miss so much relevant information about Hendricks in its story.

Stevenson normally covers “hedge funds and the world of finance,” as her newspaper bio notes, so the story is a bit of a departure for her. How did the article originate? The reader doesn’t know.

Categories: Back in the News, Business, Politics, Real Estate

19 thoughts on “Back in the News: Diane Hendricks, Savior of Beloit?”