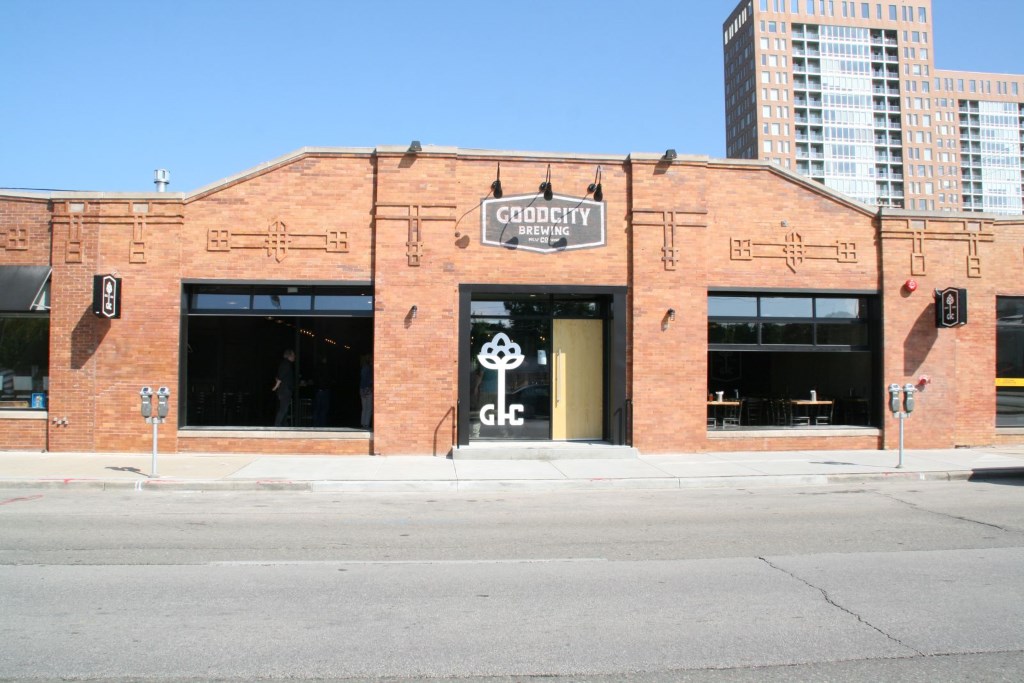 “Seek the good,” the motto for the beer at Good City Brewing, sets high expectations for this relative newcomer on Milwaukee’s Lower East Side. The owners promise to deliver beer that is, in their words, fresh, bold and approachable. With this in mind, two friends and I sampled Risk, Motto and their double IPA, Reward. We couldn’t pretend to be beer aficionados, however, we found each sample lived up to the company promise when we came on a Sunday to check out their brunch.

The double IPA, an especially memorable brew, hinted of pineapple that lingered after each sip. My companion noted, “This would be really good after mowing the lawn on a hot summer day.”

As for the food, I dove into the menu and ordered a Smoked Eel Tamagoyaki Omelette, not what I expected to find on a brunch menu at a brewery. The menu described it as a Japanese style Tamagoyaki omelette with roasted Nori, Sambal chili and sticky Unagi sauce. I hesitated at smoked eel, but our server assured me that, since they were roasted, they would not be oily as eel tends to be. She also warned me about the hot sauces, but later confessed to her own preference for bland. 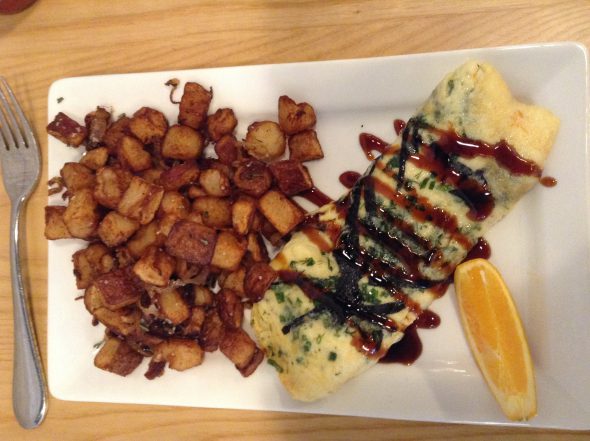 The omelette, rolled as it should be, supported the smoky flavored eel bites as well as chopped pieces of nori. When combined with the mix of sauces sweet, sour, and spicy, it added up to a breakfast dish I would absolutely order again. Rosemary shallot breakfast potatoes filled out the rest of my plate. Thin crisp slices of shallot raised the spuds far beyond ordinary rosemary roasted potatoes.

A companion’s Mushroom, Truffle and English Toast with two medium fried eggs had a plethora of moist, chewy, flavorful portabella mushroom chunks that left no doubt about the mushroom part of the dish. After our server explained that the black truffle oil, also noted on the menu, is very expensive, we understood why we found only an imperceptible hint of truffle. This is not to diminish the dish as the mushrooms were the featured event.

We also sampled the Breakfast Sandwich, thick-cut toasted sourdough with over easy eggs, lettuce, tomato, house-pickled jalapenos, avocado and garlic herb sauce. If that sounds like a mouthful, it was. As she attacked the sandwich my companion said, “Soon I’ll be wearing this on my sweater,” as she tucked a napkin under her chin, Italian-style. The garlic herb sauce that dribbled down her chin and into the protective napkin, informed everything in this complex sandwich, and pickled jalapenos, a unique addition, engaged the rest of the flavors.

Also served at brunch is “The Lot,” a half pound beef patty, aged white cheddar, beets, grilled pineapple, lettuce, tomato, pickles and a fried egg with Sriracha Russian and garlic herb sauce. I mention this because we watched several leave the kitchen and marveled at their grandiosity, a challenge for the most dedicated carnivore.

Something went astray with dessert. From the menu, we had ordered Sassy Cow coffee ice cream and Detail Porter. We read the description of the Porter, “Roasted malt profile right down the middle between chocolate and coffee-like,” and figured this would be an inspired marriage of beer and ice cream served like a root beer float.

But when I dug my long handled spoon into the mug, it came up with something like soggy pie crust soaked in cream. A second attempt came up with the same soggy piece of something that stuck to my finger. This was not coffee ice cream! No one in the kitchen could explain the strange mess. Someone suggested a chemical reaction between the beer and the ice cream and all concerned insisted this had never happened before.

The server removed the charge from our bill.

As a former customer at Crank Daddy’s, I recognized the space now transformed from a bike shop to an open concept brewery with a contemporary vibe. Good City is on a roll as they plan to expand into the entire 11,000 feet formerly occupied by Crank Daddy’s. Sometime this summer they will add a rooftop patio to seat approximately 75.

On June 17, to celebrate their one-year anniversary, they will throw a party with food, live music and specialty beer releases. 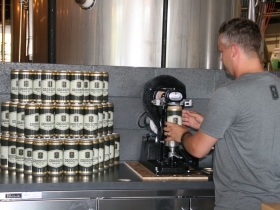 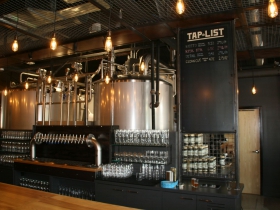 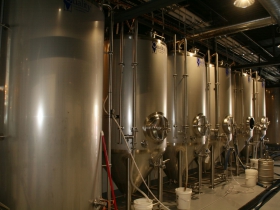 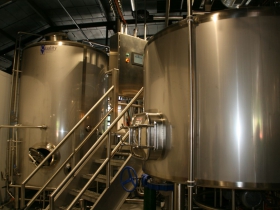 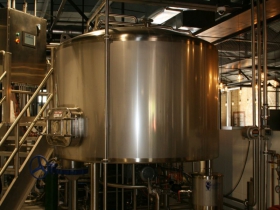 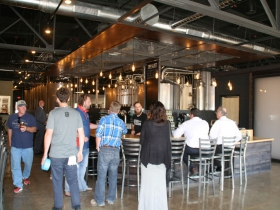 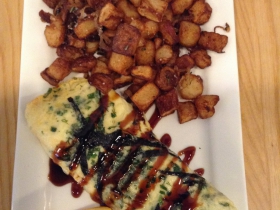 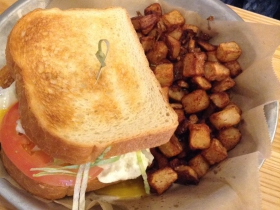 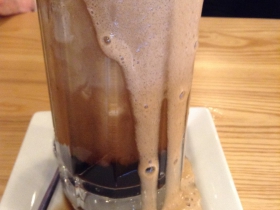 One thought on “Dining: Breakfast At Good City Brewing”