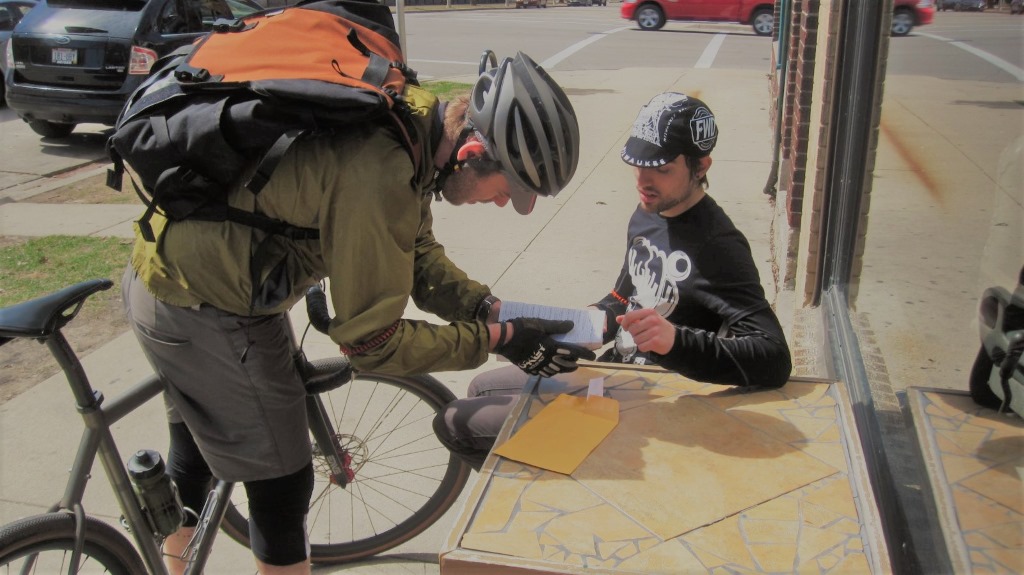 The MMI had its 2017 run Saturday, April 1st, drawing 60 participants who paid $10 apiece to do for fun pretty much the same thing they do at work, which is to courier items of all sorts from one place to another at breakneck speed and efficiency.

Bicycle messengers, it turns out, work under a rigorous set of protocols, with varying rules according to the sort of work to be done. There duties are contained in what is known as a “manifest,” a vitally important document, that is to be guarded and treated as carefully as a million dollar certified check, or the original documents for a Federal case filing. 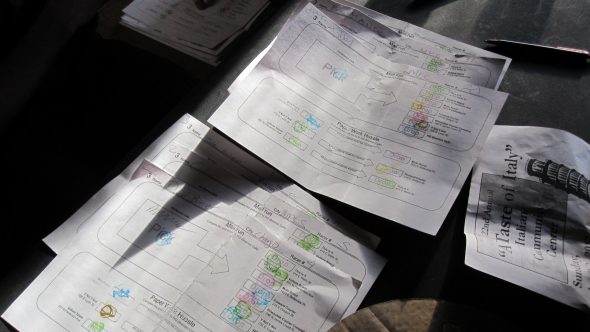 A “mail run,” for example, is a one-way trip between post office and client. On the other hand, filing a case at the Court House for a law firm is a two-way trip, since the attorneys will need a file-stamped copy of the documents to keep in their records. For some runs, the rider can pick and choose his or her route. For a Direct Rush, you better hop in the saddle and get moving now.

The MMI is set up along those lines. The Race Rules alone came to 14 bullet points. Some of these bullets were high-caliber. Among them: “Any undelivered jobs will result in your termination (DQ).”

The 2017 race was created and run by Brennan Kreiman, an owner of Forward Courier. Kreiman and his crew of volunteers handed out manifests to the participants. The manifests were filled with complicated instructions detailing which items were to be picked up and which were to be dropped off, along with capricious rules regarding where and when.

One example is of a pick that had to be made at the Erie St. Plaza, 625 E. Erie St., near the Hoan Bridge. The destination, Kaszube’s Park, lies about 2000 feet away. Regrettably, 200 feet of that is water. The overland trip — one way — is 4.4 miles through a lot of Bay View and all of Jones Island. Successful bikers got a “$15” credit for accomplishing this feat.

The completed manifests were due at 2 p.m. at the Bremen Cafe. Only the top 20 finishers (a minimum of 35% of the women’s field), as calculated by the dollars accumulated, were given manifest #2. The top ten of those finishers received the third, the final and the fastest-to-complete manifest.

The race kicked off from the Hi-Hat Garage at noon, and finished at the Bremen Cafe with the finalists mostly in the door by about 5:30. At 7:30 p.m. an awards ceremony was held with the winners getting some gear, like a custom embroidered MMI 2017 messenger bag.

In addition to the announced prizes, Kreiman had a surprise prize for the rider who turned in the cleanest manifest.

As he held it up, somebody in the crowd yelled with pride, “It’s a Profession, dammit!”

Raises $600 for National Messenger Championship Race to be held Here

The organizers donated the $600 in registration fees to the North American Cycle Courier Championship, a race founded in 1998 that will be held in Milwaukee September 2nd-3rd. (New York was the host city last year.)

The NACCC describes itself as a :

“Be prepared to work.” For a bicycle messenger, that sounds like fun. 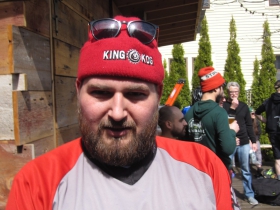 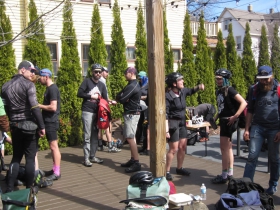 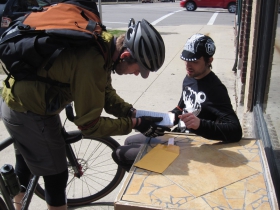 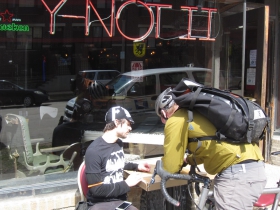 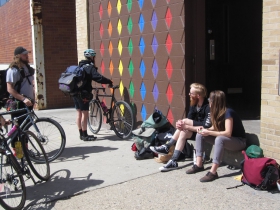 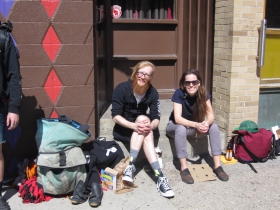