Inside Mitchell on Water Apartments 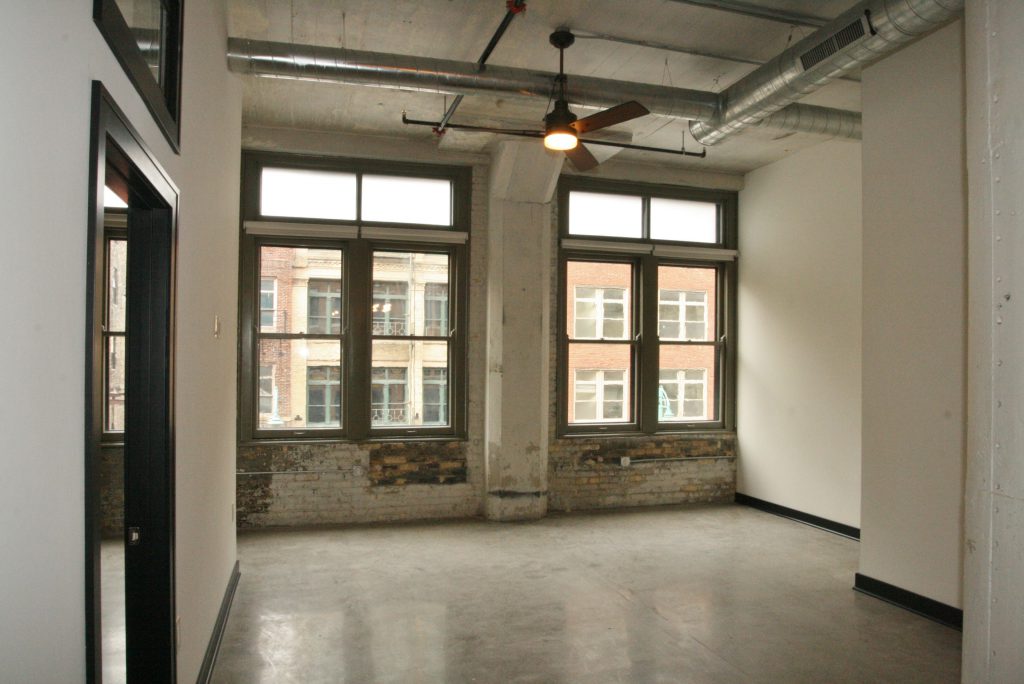 Living Room at Mitchell on Water. Photo from Preserve, LLC

It might seem like every building in the Historic Third Ward has long been redeveloped, but that’s not the case. The five-story building at 226 N. Water St. is one such example. Ener-Con has redeveloped the top three floors of the historic building into 12 apartments known as Mitchell on Water and secured a truly unique retailer for a large space on the first floor.

The apartment designs take full advantage of the building’s historic character. All 12 units have 12-foot ceilings and exposed Cream City brick. Large windows, many of which are original to the building and were able to be restored, not replaced, bring lots of natural light into the units, but now have zinc insulation for energy efficiency. Poured concrete floors, original to the building, make for a solid foundation that won’t leave neighbors hearing footsteps.

The floor plans of the units are huge, ranging from 1,845 square-feet to 2,305 square-feet. All units have two bedrooms and two-and-a-half bathrooms. The larger units include a den.

Each unit has a large master bathroom with both showers and bathtubs. Granite countertops are installed throughout. The units feature a package of appliances from Whirlpool. Thermostats in every unit are able to be controlled via a Wi-Fi connected device. Concord heating, ventilating and air conditioning units are installed in every unit.

Because of the size of the building and units themselves, amenities in the building are fairly limited. A large rooftop space is available for tenants, which includes a trellis, fire pit and a space for Fido to do his duty. Units on the east side of the building have balconies.

The building opened to tenants in December 2016 and four of the 12 units have already been leased. Leasing manager Elizabeth Winkler notes that interest in the building has been strong, ranging from Millennials to empty nesters. Leasing is led by Ener-Con affiliate Forest Green Realty & Management.

Greenfield-based Ener-Con Cos., led by Michael Dilworth, is a name not commonly seen when it comes to downtown development, but the firm has developed dozens of multi-family projects in the Milwaukee area. The firm acquired the building in 2015 for $1.8 million.

Weiss credited the state and federal historic preservation tax credit programs for making the project feasible. While we toured the building, Weiss was able to point out many things from windows to walls that the credits require to be maintained or restored, but in almost every case those items ended up as assets to the unit designs.

The fact that the building was in good shape helped make the adaptive reuse work smoother. Above the first-floor space, the floors were effectively wide-open spaces. Mitchell Leather had only used the first two-floors of the building, leaving the upper floors virtually untouched. Weiss says “the building was a time capsule from the 1950’s upstairs.” Some period flourishes can be found throughout the building, including a number of Cream City brick walls that have items installed in them for which original uses are unclear. Ener-Con was able to leave them in place to add character — and a bit of mystique — to the apartments. 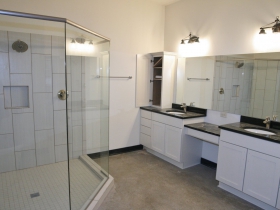 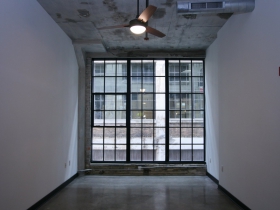 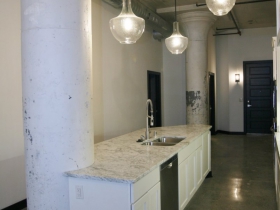 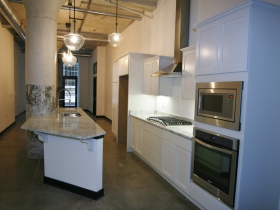 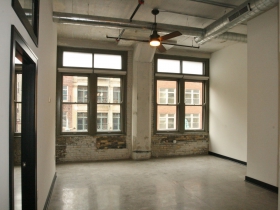 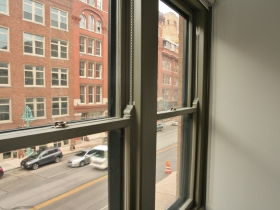 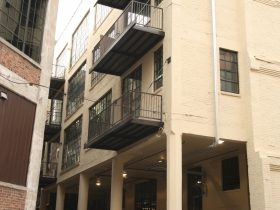 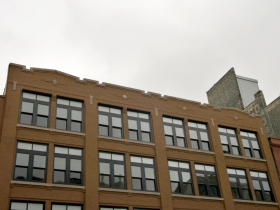 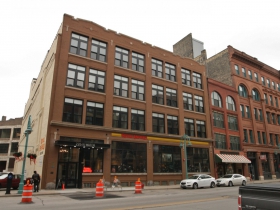 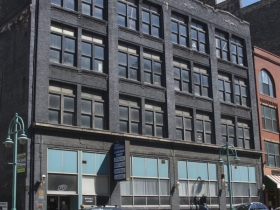 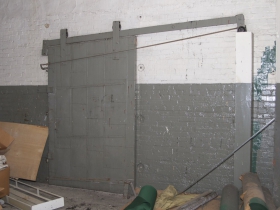 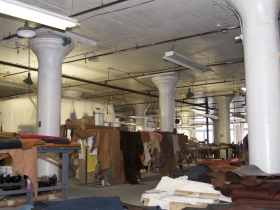 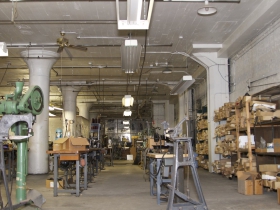 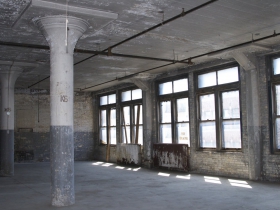 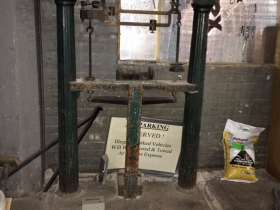 The building at 226 N. Water is most commonly associated with Mitchell Leather, but its name in documents used for its historic designation list it as the Patek Bros Building. Built in 1914, the building was designed by Schnetzky & Son, a prominent Milwaukee architecture firm at the time.

The brothers George and Mark Patek ran a paint, oil and glass firm in the building. In 1931 the building was described as “one of the most thoroughly modern and up-to-date of the kind in this part of the country.” The firm remained in business until the 1960s when it became Lurie-Patek Glass Co.

In 1964 leather firm A.L. Gebhardt Co. moved into the building.

Mitchell Leather occupied the building beginning in the 1980s until a recent move to suburban Thiensville. Weiss noted that much of their business is now online and doesn’t require an urban storefront.

The building’s first-floor tenant is anything but cookie cutter. It’s the North American headquarters for motorcycle manufacturer Royal Enfield, originally a British company, but now based in India with factories in Chennai, India.

The firm has a dealership in the front packed with motorcycles and merchandise. The storefront space embraces the street and the building’s history, complete with large window displays and a historic safe that despite being on wheels could require special equipment should they ever wish to remove it from the building.

The rear of the building includes offices for the motorcycle firm. It feels like a modern office space, with plenty of desk space and room for employees to work.

The company has about 10 employees operating out of the Milwaukee office. Royal Enfield is receiving up to $100,000 in tax credits from the Wisconsin Economic Development Corporation to create up to 25 jobs at the office. The credit amount is dependent on the number of jobs created.

3 thoughts on “Eyes on Milwaukee: Inside Mitchell on Water Apartments”