Inside the River House Apartments 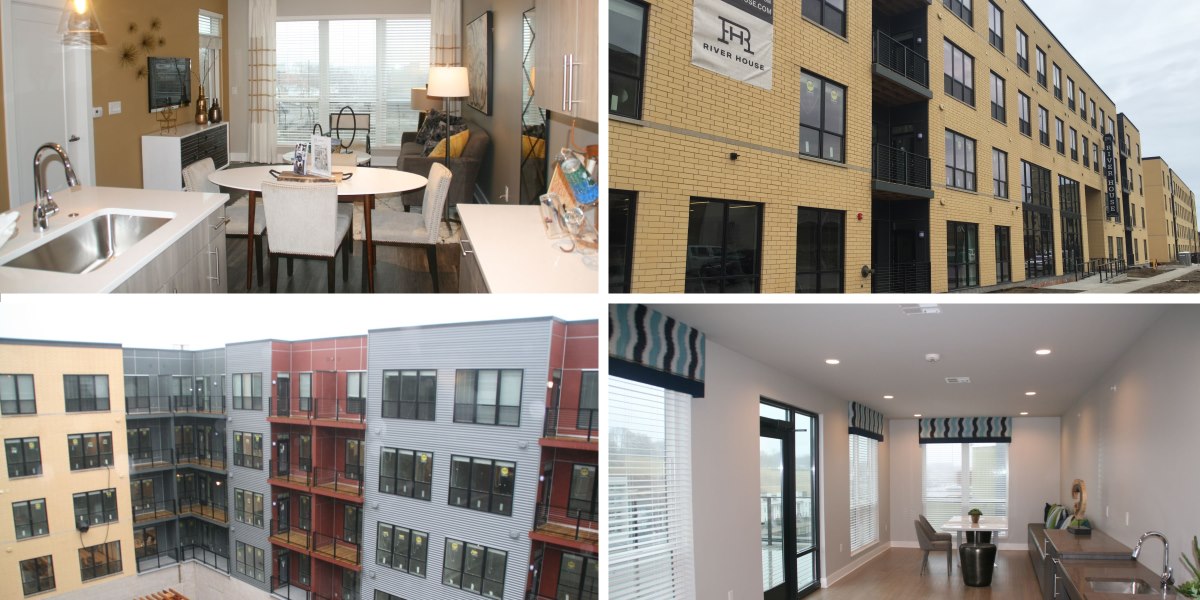 Developed by Atlanta-based Atlantic Realty Partners, the project marks the first entry into the city for the firm founded by two brothers originally from Whitefish Bay. The company, which has developed approximately 8,000 rental units across the country, has a handful of other developments in the Milwaukee area, including a cluster of buildings on W. State St. in Wauwatosa.

I toured the complex in late January with property manager Alexis Criscimagna and Atlantic Realty Partners project manager Matthew Schossow. Criscimagna was upbeat, the first two units had residents and 17 leases were signed. The model units were recently finished and one floor a month was coming online in the first, six-story building. The second building will open floor-by-floor starting in May.

The scale of the complex affords a wide number of unit types and layouts, ranging from 607-square-foot studios starting at $1,255 to 1,310-square-foot, three-bedroom units starting at $2,975. The majority of the units are one-bedroom layouts, started at $1,475.

The units feature energy-efficient Pella fiber glass windows that have twice the sound rating of a typical window according to Schossow. That’s immediately noticeable when you stand in one of the units nearest the Holton St. Viaduct and completely forget it’s there.

As is standard in most new high-end buildings, every unit but the studios has a private balcony. All bedrooms include overhead lighting and can fit a king-sized bed. Vinyl plank floors are in every room but the bedrooms, which are carpeted. An extra electrical fixture is included in the ceiling of every unit to allow tenants to add additional ceiling fans or lights, an addition that Schossow praises Aubrey Electric for seamlessly integrating.

Should you dislike the color scheme of the cabinets, flooring and accent walls, ARP has two color schemes alternating by floor.

Access to the building is controlled by a video-based Butterfly MX system that allows residents to easily grant temporary access to visitors into the building, be it to walk a dog or visit for the weekend. 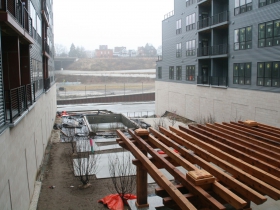 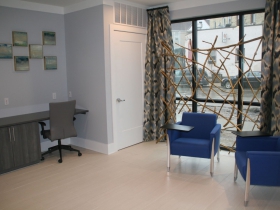 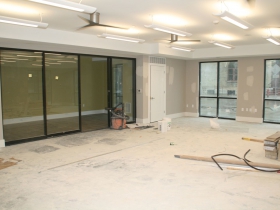 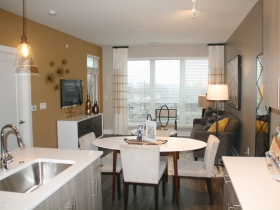 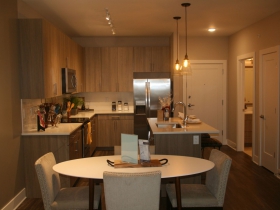 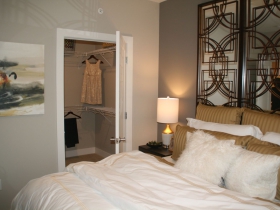 The many amenities are being added in waves. The large lobby on in the first building flows into a clubhouse, which includes kitchen and coffee bar complete with free Starbucks coffee and wi-fi. The fitness center and yoga/spin cycling room was awaiting equipment delivery when I toured the building, but looked to be quite sizable. A game room located above the lobby was also being finalized as I toured, but will include a pool table among other games. A business center including computers for residents to print or scan documents was being assembled.

Two large rooftop decks are included in each building for residents to use. One deck and attached room in each building will be set up more as a co-working space, with the other configured as a party room with outdoor television. Residents may reserve any of the areas for no fee.

Anchoring the complex’s status as pet-friendly, a dog spa (cleaning room) is included along the riverwalk. Also included at that level is bicycle and kayak storage.

The project broke ground in October 2015, with the first residents moving in last month. General contracting on the project is being led by Greenfire Management Services, who Schossow says earned the job by not only offering a low price, but with its eagerness to land the work.

HGA Architects, under the guidance of Jim Shields, served as the design architect on the project, with Illinois-based HKM Architects serving as the build architect.

The scale of the project matches the enormity of the site. The 5.7-acre site was formerly home to a massive tanning complex that has been environmentally remediated. Compounding the environmental challenges inherent with the site’s past use, an approximately 40-foot height difference separates N. Water St. from the Milwaukee River. To mitigate the height difference, ARP placed two levels of parking below grade from the street, but level with what will become a 1,047-foot, publicly-accessible extension of the Milwaukee RiverWalk. Residents entering the lobby are actually walking into the third floor of the building, with three more floors of apartments above.

Two additional buildings, consisting of another 200-plus apartments, are planned for the remaining space on the site. Unlike the aborted second phase of The Edge condominiums across the river, Schossow noted “we would like to start as soon as possible.”

One more item that ARP is still working out is management of the adjacent Swing Park. According to Schpssow, ARP would like to take responsibility for management and maintenance of the park from the city in order to keep it in a state of better repair, and therefore an additional amenity for the building. As part of that, the complex will include a new pathway connecting N. Water St. and the Swing Park with the riverwalk.

Using the space below the street level for parking leaves excess parking. There are approximately 180 spaces in each building (1.6 stalls per unit) available to tenants for $125/month. Schossow notes they will be leasing the excess spaces to neighbors, some of which have already expressed interest. Outside renters will only be able to access the parking garage portion of the building through the use of a key fob. 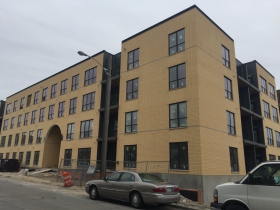 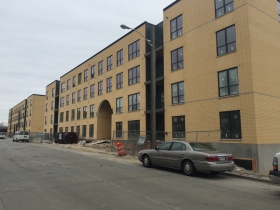 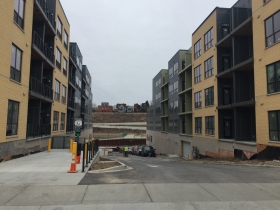 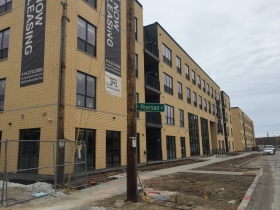 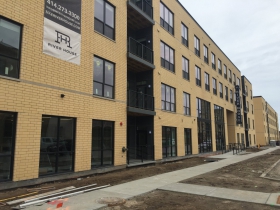 4 thoughts on “Eyes on Milwaukee: Inside the River House Apartments”