Inside Trio Apartments in Walker’s Point 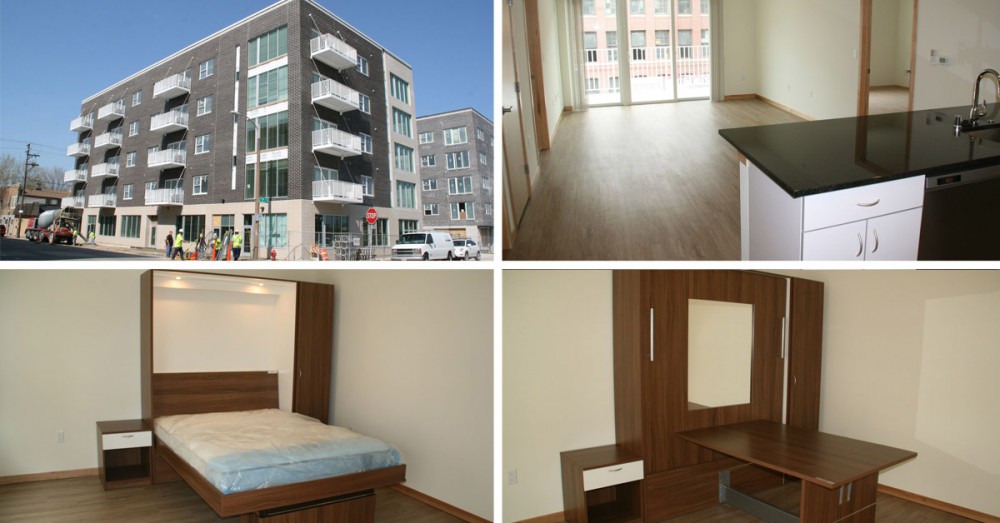 What if high-end living could be a bit more affordable? Developer Tim Gokhman, with partners Jim Wiechmann and Michael Sanfelippo, set out to deliver just that with the Trio Apartments. The 120-unit, three-building apartment complex in Walker’s Point is designed with a focus on efficiency of space. Located between S. 1st and S. 2nd streets, the complex when completed will have 32 studio, 72 one-bedroom and 16 two-bedroom apartments. Tenants have begun moving into the first building and the final building is scheduled to open in October.

Of note in the $12 million complex is the design of the studio apartments. Studios are often the result of excess space in a floor plan, but were designed with purpose in Trio. Gokhman scoured every source he could find to find space-saving features. So while the building’s studios are small in terms of actual square-footage (540 square-feet), the developers have created apartments that feel eminently livable.

How is that accomplished? For starters, the bed that comes included with every studio serves a dual purpose. It’s built into a movable storage unit that can be positioned however the tenant desires, but turns into a small dining room table when not in use. As Gokhman was able to seamlessly demonstrate during a tour of the building, the queen-sized bed folds up into the storage unit and the table slides into place. Gone is one of the greatest challenges with studios, where a bed dominates the single room apartment.

The appliances in the studios (and one bedroom units) are also more compact than usual. Gokhman found a package from German-company, Blomberg, that is both high quality and compact. As he walked me around the fingerprint-free, stainless steel dishwasher, refrigerator, microwave and a four-top convection oven, he quickly ticked off the savings in space he achieved — six inches here, four inches there. The end result is a kitchen that has all the features one would want, but at a size better suited to people living by themselves or with one roommate. Also included in every unit is a stacked, Blomberg-made washer-dryer unit.

One key reason for the efficiency of the building’s layout is the use of radiant heating. Warm water is pumped throughout the floors of units through plastic tubes and the heat radiates out through a lightweight concrete. Instead of a unit in the apartment, the hot water originates in a comically small heating system in an HVAC closet on the building’s first floor. As an added plus, radiant heat yields warm floors during cold Wisconsin winters.

Air conditioning is included in every apartment through a unit known as “Mr. Slim” that’s located on the balcony that comes with every apartment. Between the space saved by eliminating a traditional water heater and air conditioning unit, Gokhman believes his design team shaved 70 to 80 square feet off every unit. They also created an environment, through the removal of duct work, that is largely allergen-free.

Gokhman, who pitches his work with the charm of a salesman and the mathematics of an engineer, is clearly proud of this project. With regard to the studio versus their other developments, the energetic developer noted “this living room is as big, if not bigger, than the majority of our one bedrooms.” Gokhman noted that “in order to come up with these things, you have to actually think about what smaller living means.”

The one- and two-bedroom units are larger than the studios, but feature the same focus on efficiency of space. Designed with what Gokhman calls a “thoughtful layout”, the two-bedroom units feature direct bathroom access from every bedroom.

A fitness center will be available for tenants in the third building. Pivoting from the conventional model of a large community room that tenants can rent out, Gokhman is experimenting with a gathering space modeled after a hotel lobby. The room will be located just off the leasing office in the middle building and help serve as that building’s lobby. It will include leather chairs and couches from Restoration Hardware, a full kitchen and coffee station. The idea, which Gokhman credits New Land building managers for suggesting, will be designed to serve just a couple people gathering at a time, rather than large groups. The end goal is a high quality space that is better used than in prior New Land developments.

When complete, the complex at 1029 S. 1st St. will include 100 parking stalls. Surface parking between the buildings is available for $90/month, and parking inside the buildings is available for $130/month. The building is also well-served by the Milwaukee County Transit System with the GreenLine and route 15 running along the building’s eastern side and a number of additional routes within walking distance. A Bublr Bikes station is located across the street. In a prior interview with my colleague Dave Reid, Gokhman remarked that he was excited by the Milwaukee Streetcar potentially coming to the site. “Regarding the streetcar,” he says, “I was talking about the expansion loop – it literally circles around this project. I know it’s years out, and I’m sure faces obstacles, but the potential itself is exciting. And consistent with our development philosophy of urban density, walkability, and a lesser reliance on cars in general.”

Is the market embracing Trio? The New Land Enterprises-managed complex has already signed leases for 50 percent of the units in the recently-opened first building, with 25 percent of the building occupied. Studio leases start at $1,100/month, one-bedrooms at $1,300/month and two-bedrooms at $1,595/month. 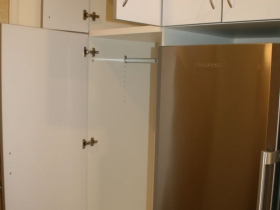 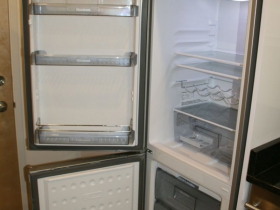 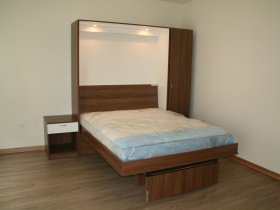 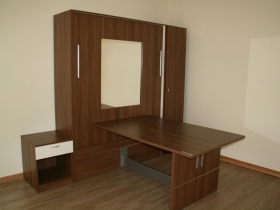 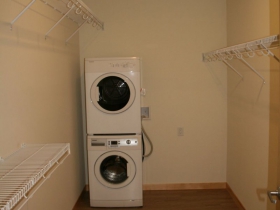 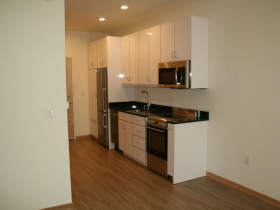 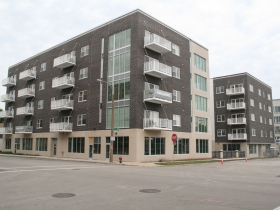 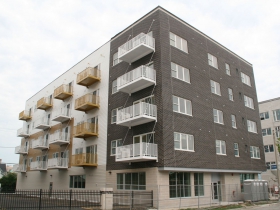 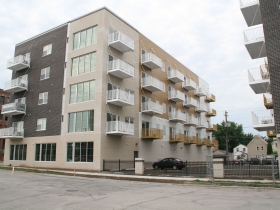 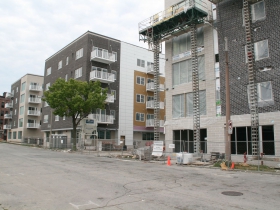 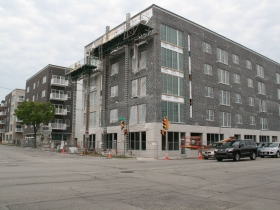 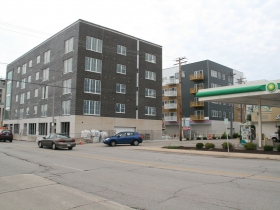 Other Projects in the Pipeline

The project developers have a number of other projects in the pipeline. Frequent collaborators Gokhman and Wiechmann are collaborating on Rhythm Apartments just north of Downtown, a building which Gokhmann notes was designed first, but took longer for construction to start because of site preparation work. That building will boast many of the same features as Trio.

Wiechmann is also moving forward on the 13-floor Farwell Tower, a project located at 1840 N. Farwell Ave. Demolition work on the office building on that site is well underway. His firm also recently announced plans to move forward with a project on N. Jackson St. just above the Rhythm Apartments site.

Gokhman has a number of irons in the fire as well. He recently acquired the former Renassiance Books building on N. Plankinton Ave. and is exploring options for that site. He says he also has a handful of other projects in various stages of development.