It rivals the food at Mader’s and Karl Ratzsch’s. 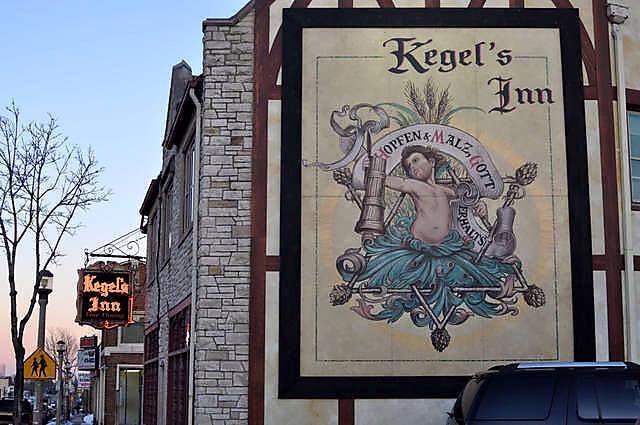 What’s an Austrian-born entrepreneur to do if he wants to open a drinking establishment that serves food if it’s during prohibition? John Kegel, Sr. circumvented that problem by opening a restaurant in 1924, naming it Kegel’s Place, then calling it a “soft drink parlor.” Under his clever ruse, one used by other Milwaukee bars, Kegel’s soon became a popular speakeasy where fifteen cents bought a glass of home-brewed beer and a meal.

The illegal beer flowed, albeit discreetly, from a covert brewery operation hidden behind a fake wall in the basement. Kegel’s was busted once or twice, but the beer kept right on flowing until prohibition ended in 1933. John Kegel, Sr. used the profits from the beer to renovate the restaurant that we now know as Kegel’s Inn, a Bavarian style beer hall that serves up some of the best German cuisine in Milwaukee.

The restaurant almost feels like a museum, a showcase of early 20th century craftsmanship evident in the heavy beams overhead, the tongue-and-groove oak paneled walls, leaded stained glass windows and mahogany bar, as well as the multiple murals in every room. 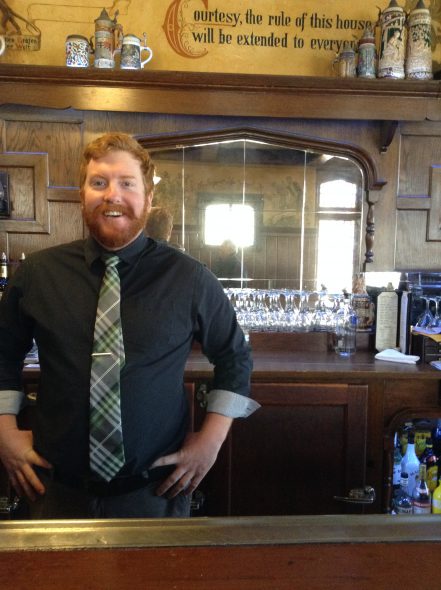 When I visit with friends, we notice a blank space on a mural in the back room. Current owner, Julian Kegel, a fourth-generation Kegel, explains, “There was something in the mural that Great Grandmother did not approve of so she had it removed. A leg or a bare shoulder perhaps?”

The dark wood and exquisite craftsmanship makes Kegel’s a warm inviting space while those gorgeous stained glass windows let in enough daylight on a sunny day to give the restaurant an inviting glow.

As soon as we order, our server brings baskets of Parker House rolls and a small container of house-made honey butter. After she explains the lunch portions are more or less half the size of the dinner portions, we stay with the German entrees and order Sauerbraten, Beef Rouladen, and the Special, Roasted Boneless Duck. We leave behind other German dishes such as Roast Pork Shank with Sauerkraut, Wiener Schnitzel, and the Sausage Combination Plate. At dinner, there is even more German fare on the menu, including Beef Goulash, Hassenpfeffer, Glazed Veal, and Veal Liver.

When most tourists come to Milwaukee, known for its German heritage, they gravitate to Mader’s or Karl Ratzsch’s. Few of those tourists make it to West Allis where Kegel’s serves equally authentic cuisine to rival that of those popular, well known landmarks.

We find our half-size portions not quite half-price, but consistently delicious. Since all the luncheon entrees include a cup of soup, we sample the Daily Special Potato Soup and from the menu, Chicken Dumpling Soup. Tiny tender dumplings in a rich broth leave no doubt this soup came from stock, not a packaged soup starter. As for the Potato Soup, my companion could have scooped it with a fork.

The duck, with its extra crispy skin, has a mild flavor, perhaps from a marinade. The duck is moist, tasty; the skin fatty, chewy, irresistible. One of the sides my companion chooses to go with the duck, broccoli salad, has a sweet dressing, while the broccoli adds color and crunch to the entree. Stuffing, tucked underneath the duck, tastes familiar, just like the dressing we know from Thanksgiving turkey dinners. In addition to the dressing, mashed potatoes add a lovely pile of carbs to the plate, with a puddle of butter melting in the center of the potatoes.

The Sauerbraten, thin sliced and well marinated, hides under a mantle of dark gravy. The meat does not need a knife. Because I find the gravy a little tart, I ask one of my group, a man who came to Milwaukee from Germany as a teen, why the gravy is sour, really sour “Cari,” he says, “ that’s the way it’s supposed to taste.” I stand corrected. Likewise, sweet and sour red cabbage tends more to sour than sweet. That’s when I know I should have ordered a sturdy dark beer to counter balance the vinegary gravy and the red cabbage.

Beef Rouladen, a tender beef cutlet stuffed with bacon, onion, mustard, and pickles, has everything the menu promises except, according to my companion, bacon. She acknowledges there’s bacon flavor in the meat and decides it might have been hiding underneath the pickle. “The dish,” she says, “has great flavor but the meat tastes slightly overcooked.”

At lunch, the restaurant is filled with business types in suits. As we leave through the bar, I imagine a gang of German immigrants standing, stein in hand, boisterous and merry, belting rowdy drinking songs. It would be a scene suffused with Gemutlichkelt, that word for German good cheer that I can’t pronounce. 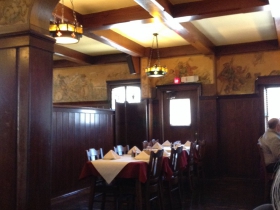 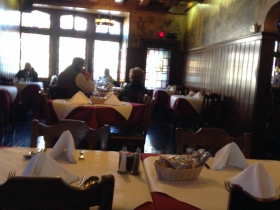 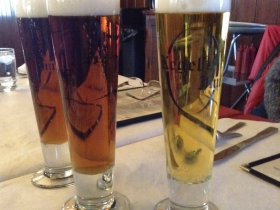 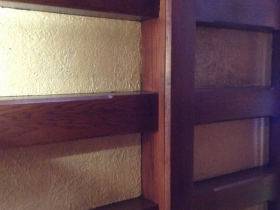 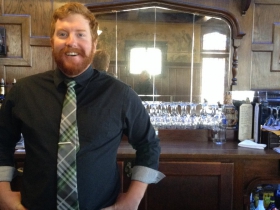 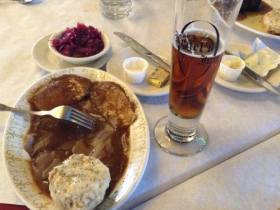 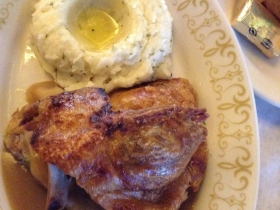 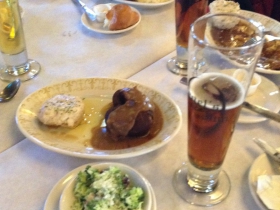