The Artistry in Walker’s Point 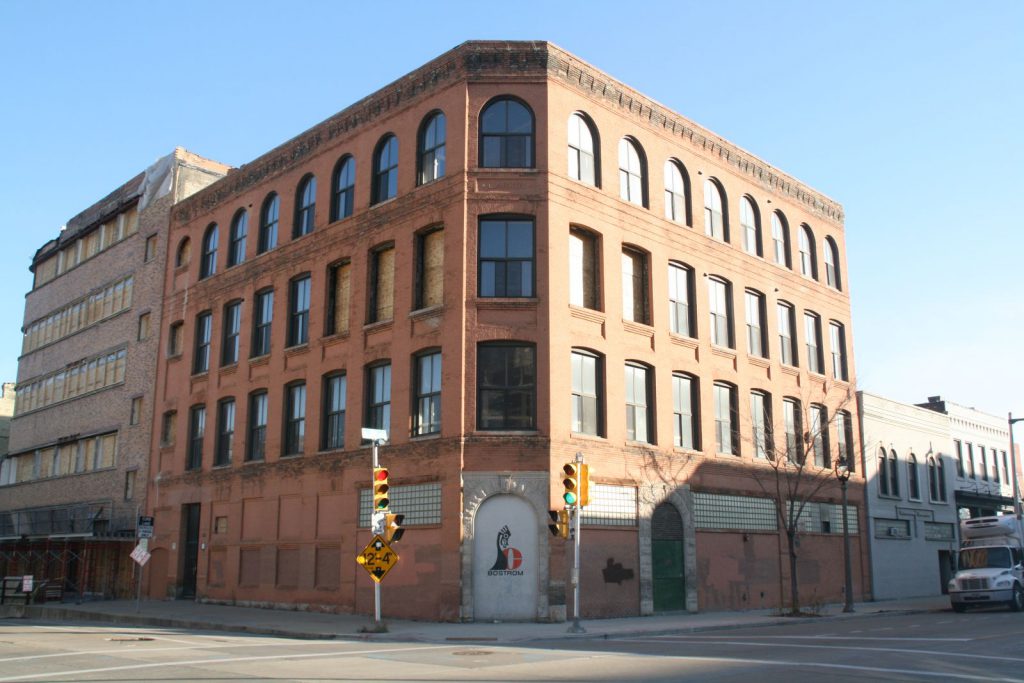 An Indiana-based developer that specializes in housing for college students is entering the Milwaukee rental market. Cedarview Management is redeveloping the three-building complex at 133 W. Pittsburgh Ave. in Walker’s Point into a mix of apartments and commercial space. Originally built in 1890, the buildings will be known as The Artistry.

The redevelopment follows an international trend of real estate development following artists. The complex had been home to a number of artists since the early 1980s. Beyond artists, the buildings were once home to a number of creative firms, including Third Coast Digest, which was acquired by Urban Milwaukee in 2013, and digital agency GoGeddit. GoGeddit and a number of other tenants relocated to Bay View when Cedarview terminated their leases. Other tenants found new homes in Walker’s Point and elsewhere in the city.

When complete, the project will include a mix of apartment types ranging from studios to three-bedroom units according to Cedarview vice president Suzanne O’Connell. The units, 38 in total, will be on the third through fifth floors of the two largest buildings in the complex. Commercial space will be made available in the lower two floors of the 58,800 square-foot and 20,936-square-foot buildings, as well as all of the 5,844 square-foot third building.

The project didn’t require an extensive city approval process and is being built by-right having complied with existing zoning for the site. That didn’t mean the project has been smooth sailing for the developer. In September 2016, after renovation work was already underway, the Historic Preservation Commission and subsequently the Common Council approved a historic district that includes the property. The newly-created district doesn’t affect the work already underway, but a proposed parking structure targeted for a surface parking lot along W. Oregon St. on the south side of the complex would be impacted. Cedarview retained Foley & Lardner to push for exempting the lot from the district, but the district was ultimately approved without that exemption, despite their objections.

Prior to the district’s approval the planned 136-stall parking garage had an estimated cost of $3 million according to Cedarview owner Elliot Lewis. Meeting district guidelines would drive the costs up to $3.6 million according to documents filed with the city by Foley & Lardner. For more on the origination of the district and Cedarview’s opposition, see Urban Milwaukee contributor Graham Kilmer‘s 2016 article “Historic Designation Coming for S. 2nd St?”

Design work on the project is being led by a partnership of Milwaukee-based Zimmerman Architectural Studios and Indianapolis-based Studio 3 Design. Gilliatte General Contractors, an Indiana firm, is leading the project’s general contracting.

The developer elected not to pursue federal or state historic preservation tax credits as part of the project. Cedarview acquired the property in October 2015 for $2.2 million. It’s far from the only project in the area and located just across W. Pittsburgh Ave. from Prime Leather Finishes Co. Building that David Winograd recently redeveloped.

The project is expected to open in the summer of 2017. 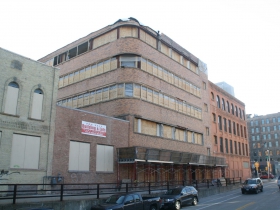 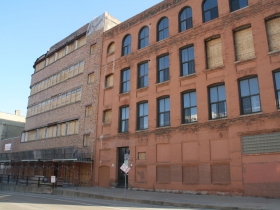 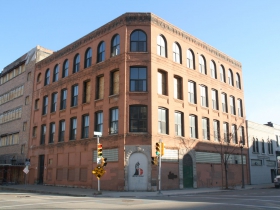 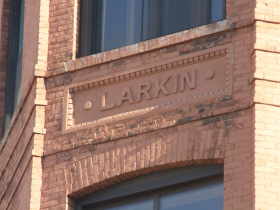 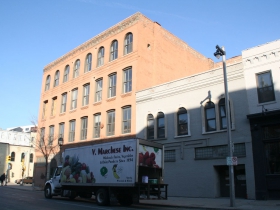 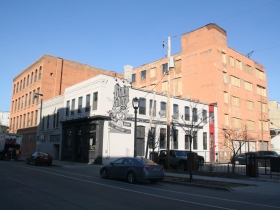 Before becoming a haven for artists, the buildings played a role in building Milwaukee’s industrial heritage. The building at 133 W. Pittsburgh Ave. is known as the Larkin Building after its developer C. H. Larkin. According to nomination documents to the National Register of Historic Places, “the Larkin Building is a former factory that was occupied by a succession of companies that manufactured bicycles, wool goods and candy.” The Sperry candy company expanded to the east, erecting the second building in the complex at 127 W. Pittsburgh Ave. According to study compiled for the local historic district, “during Sperry’s occupancy of the old Larkin Building, they built a 5 story commercial style structure with concrete skeleton as an addition to the east in 1929 then later rebuilt it as a sleek Moderne structure with curved wall and ribbon windows in 1950.”

The smaller building to the south at 210 S. 2nd St. that will contain only commercial space was originally built by Larkin as well. According to the local designation study “it was constructed sometime between 1888 and 1894. Tax rolls show that C. H. Larkin owned much of the frontage along South 2nd Street between W. Pittsburgh and the alley to the south so it is likely this was built as additional income property. The simple building has undergone a number of alterations. The ground floor, which would have had two commercial storefronts, has been blocked up with one recessed entranced located at the southernmost end of the facade.”

3 thoughts on “Friday Photos: The Artistry in Walker’s Point”