City committee approves it for classic old section of 2nd street, despite some objections. 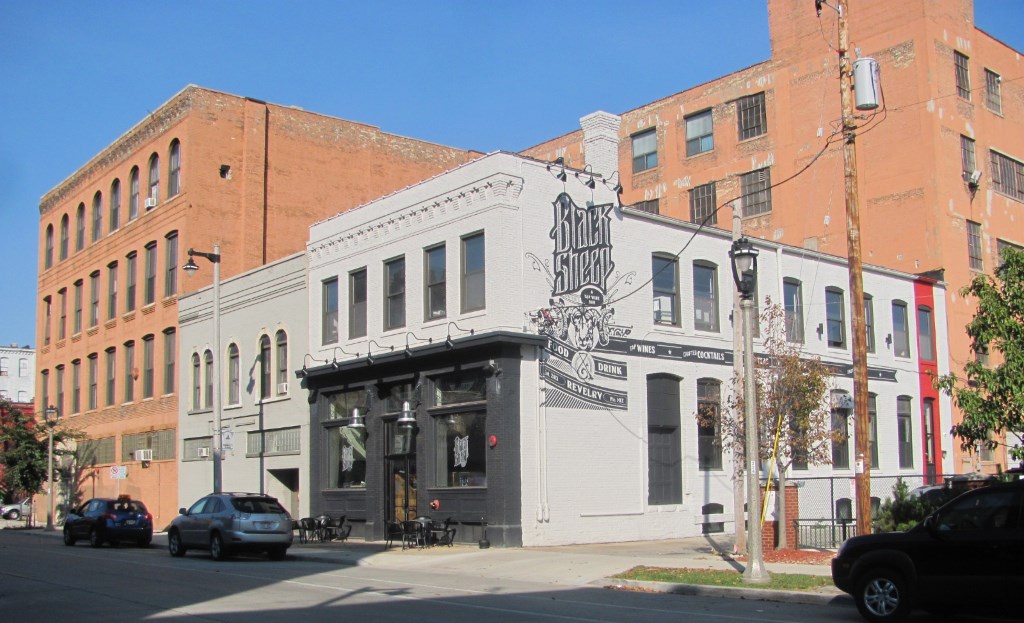 A resolution designating an area in Walker’s Point as a Historic District was adopted Tuesday by the Milwaukee Common Council’s Zoning, Neighborhoods & Development Committee. Still, the resolution was not without its detractors: a couple property owners opposed the designation, claiming the cost to develop and renovate under historic preservation guidelines would be an undue financial burden.

The new district is about a one-block area on S. 2nd Street between W. Oregon Street and W. Pittsburgh Avenue and part of a larger area on the north end of Walker’s Point that has been on the National Historic Register since 1987. George H. Walker first laid claim to the area in 1834, with it later becoming Milwaukee’s fifth ward and one of its oldest communities, according a study conducted by the city.

The national register is honorary and doesn’t carry the same requirements as a local designation, as Carlen Hatala, a senior planner of historic preservation with the city told the committee. “What the federal government does, especially with commercial buildings, is dangle a carrot in the way of historic tax credits,” she said.

The designation received the support of several property owners in the area and community organizations such as the Walker’s Point Association and the Milwaukee Preservation Alliance.

The district’s Ald. Jose Perez, who filed the application for the designation, called this area the “gateway” to Walker’s Point, a sentiment shared by many supporters of the resolution The small historic district includes buildings that served a variety of purposes throughout its history such as manufacturing, cold storage, druggists, grocery stores, saloons and housing, Hatala said. In later years it became a center for LGBTQ nightlife, the study found.

Architecturally, many of the buildings are examples of 19th century and Italianate and Moderne styles. Supporters of the designation want to preserve these buildings as part of Milwaukee’s culture and history.

The initiative to designate this area finds its roots in the Near South Side Comprehensive plan of May 2009, which first highlighted the area for a potential historic designation. It was also part of the Walker’s Point Strategic Action Plan of 2015.

Opposition to the designation comes from two property owners in the district that have made their opposition public in letters to the committee.

One of them, Elliot Lewis, owns a business that operates out of Bloomingdale, Ind. He opposes the designation, because, along with a property at 133 W. Pittsburgh Ave., he also owns a parking lot on the southern end of the historic district facing W. Oregon Ave. sandwiched between parcels facing S. 2nd and S. 1st streets. He wants to turn the lot into a 136-car parking structure.

Lewis says he wants his parking lot to be excluded from the historic designation to save him costs while building on the land he purchased in October 2015. He and his attorney, Michael Lueder of Milwaukee’s Foley & Lardner LLP, pointed to precedent in Milwaukee of parcels being separated from Historic Designations, though Hatala said they were stand-alone parcels.

By contrast, the vacant lot owned by Lewis is part of the same tax key as his building, which has a face on S. 2nd St. and is subject to the building and renovating regulations of a historic district. Lewis plans to turn the building into office space. Committee Chair, Ald. James Bohl said it was “bizarre” that the parking lot was part of a contiguous tax key, even with a city-owned alley separating it from the building.

Lewis says his company budgeted $3 million for the parking structure, but complying with historic designation rules would cost an estimated $600,000 more, which he says is financing his company hasn’t secured.

At the committee hearing Tuesday, Lewis was pushed by Ald. Nik Kovac on the $600,000 figure. Kovac seemed unconvinced by Lewis’s argument and pointed out the historic review process generally includes a bit of “give and take” with property owners.

Lori Gensch, a self-described small-scale developer and member of the Walker’s Point Association, owns several buildings along S. 2nd St., some of which fall in the new historic designation. She was adamant that the designation go forward as proposed.

Also, she told Urban Milwaukee that historic preservation and renovation has the potential to bring economic stability to a neighborhood, citing research from Donovan Rypkema, a real estate consultant, writer and speaker.

Gensch was also unimpressed with the claim by Lewis that a historic designation would be financially cumbersome. Gensch says the historic commission is understanding and easy to work with. “Work with these people, it’s not like a Nazi regime,” she told Urban Milwaukee.

She maintains that designating the vacant parcels, one of them being Mr. Lewis’s parking lot, was paramount because as they are developed they will need repairs in the future. And she wants future repairs in the district to be subject to historic preservation guidelines.

In an email following the hearing, Lueder said, “Although the committee did not accept our position, it promised to be reasonable in applying historic standards to any future parking structure Mr. Elliot Lewis and his team might build and avoiding undue economic hardship. We are not focused on an appeal at this point. Instead we are looking forward to continuing our discussions with Alderman Jose Perez, the Walker’s Point Association Business & Economic Development Committee and other interested parties to develop a construction plan which meets the concerns of various stakeholders and still permits the construction of a garage that is economically viable.”

Perez closed out his comments to the committee thanking Lewis for his investment in Walker’s Point, adding that he hopes a solution that suits both parties can be realized.

“I’m a lot more confident we can get to some resolution moving forward, but that doesn’t mean that I do not think we should not have the district in place.” The meaning of that odd double negative was clear: the plan should go forward. The resolution still must be approved by the full Common Council and the mayor, but its chances look good.