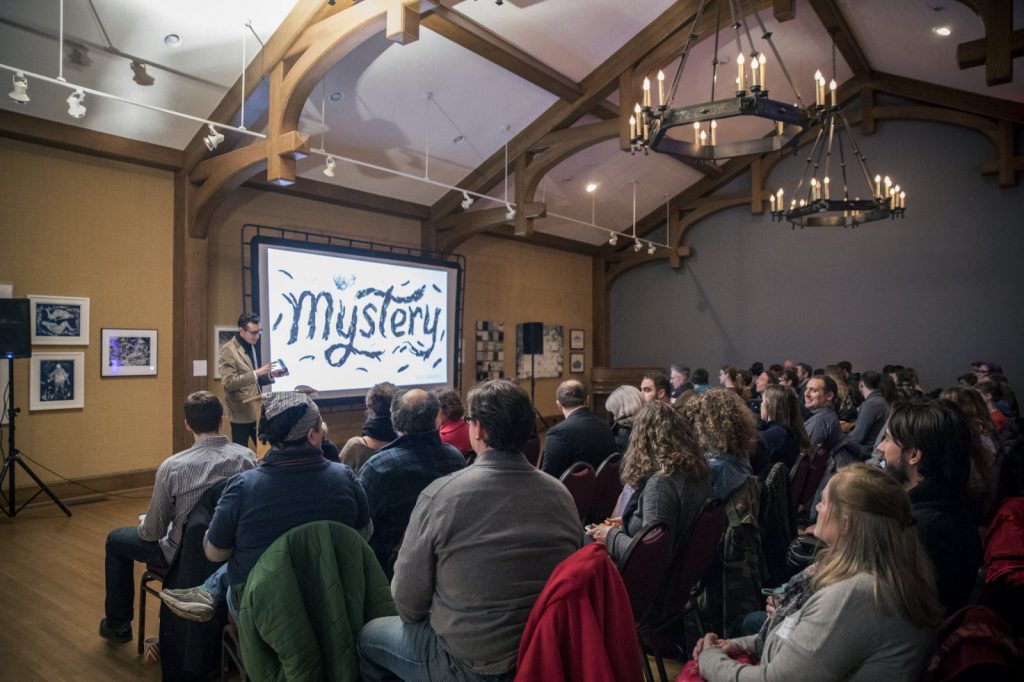 Doors opened at 8:30 a.m. at the Charles Allis Art Museum on Friday, January 27 for another month’s CreativeMornings, a free breakfast lecture geared to Milwaukee’s creative community. With over 100 guests in attendance, the museum was stocked with breakfast breads, clementines and coffee awaiting a talk with Wisconsin-native Brian Jacobson.

CreativeMornings is a worldwide event now held in 164 cities, with 11 new locations since November 2016. An event is held monthly, always with the same theme in all cities, but naturally featuring different guest speakers and stories. The Houston, Texas location chose this month’s theme: mystery.

The Charles Allis Art Museum is located on the corner of N. Prospect Ave. and E. Royall Pl. It was built in 1911 and holds several changing exhibits each year featuring the work by Wisconsin artists. The CreativeMornings events are hosted by Paul Oemig and directed by Kate Pociask.

Upon entering the museum’s foyer, guests were greeted by a team of volunteers and workers. They were encouraged to fill out a name tag, but this one differs from the common, “Hello my name is…” tag. Underneath the space to write a name, there was a question. The questions for this month was, “The thing I don’t know and I never want to know is..,” to get both humorous and serious conversations flowing between creative strangers.

Not all are strangers though, as the Milwaukee’s CreativeMornings has a powerful community feel. Some attendees have been coming to the meetings for years and people of all ages approach each other without hesitation.

In the main meeting room, three wooden hexagonal chandeliers brought a soft golden glow into the room. Smooth R&B music bounced from the artwork-filled, blue-and-tan walls. The morning sky was overcast and sleepy, unlike the energy in the room.

The goal of these monthly meetings is bringing a connection to the community, creativity and knowledge. 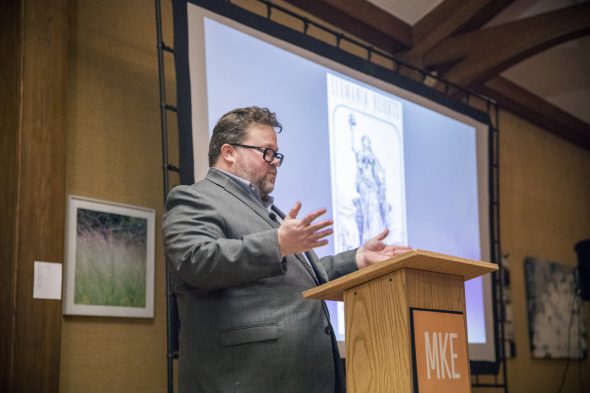 This month’s speaker was writer, photographer and researcher Brian Jacobson, who has frequently been published by Urban Milwaukee.

Jacobson’s talk was about the art of tracking down lost art and the mysteries associated with that quest. Jacobson’s interest in this was first triggered by his love of old postcards and texts and prodded further by pure curiosity. He often questions: why is this piece of art missing and why are Milwaukee’s buildings the way they are?

He talked of two pieces he researched extensively. First, the Statue of Lady Germania, which became a story in Urban Milwaukee and then the lost stained-glass masterpiece “Queen of the Elves,” which was a story for OnMilwaukee.

Jacobson explained the history behind the Lady Germania statue, which he called the personification of Germany, an advertisement for the old country. Wisconsin was heavily German-influenced, but during WWI, Wisconsin became very anti-German and became known as a traitor state. The statue had to be hidden from the public to protect it from vandalism. An Austrian businessman brought down the statue and hid it in his workplace, the Ornamental Iron Shop, for decades.

Later, it was loaned out for a convention at the Milwaukee Auditorium in the 1940s, but it was not returned. There are many stories about its whereabouts, and that is where Jacobson steps in.

“My role is to tell the story and hopefully people end up being encouraged to have a passion about something and push for something,” said Jacobson.

As for the “Queen of the Elves,” this was stained-glass piece by Marie Herndl. The piece was a controversy for decades because of the depiction of naked women. After being moved around and considered a scandal for years, it was put in a crate for storage after being displayed at Chicago’s Navy Pier, never to be seen again.

Although he learned much about these artworks, their whereabouts remain a mystery. But Jacobson remains hopeful and sparked a sense of hope with the attendees, while noting the need for all sleuths of share what they have found. What he has found, he said, is “there’s always someone who goes looking before you,” but they may not have shared what they learned. “With the digital age, you expect to Google and find the answer,” but it’s not always there “because no one has shared it yet.”

The event wrapped up with a short Q-and-A period where a few were able to ask questions and discuss ideas further.

The crowd started packing up, but the discussions amongst attendees lingered as they took their time finishing their final cup of coffee and the last slices of banana bread. Fuel for future creativity.

The next CreativeMornings meeting will be held February 24th.

Guests can reserve their seat by registering online on the CreativeMornings Milwaukee branch’s website.

Coffee was provided by Kickapoo Coffee, a roaster based out of Viroqua and the breakfast snacks were provided by Outpost Natural Foods.

To get involved with CreativeMornings, register here to become a member and to get updates on upcoming events. Each event is free of charge, but the support of local partners is crucial. If interested in sponsoring or being a part of these events, email milwaukee@creativemornings.com.

Photos from the Events 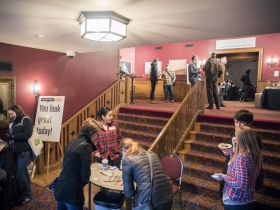 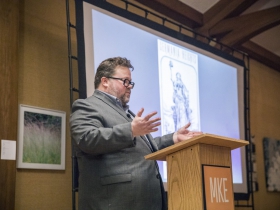 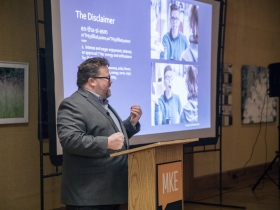 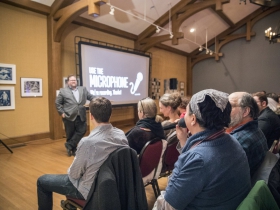 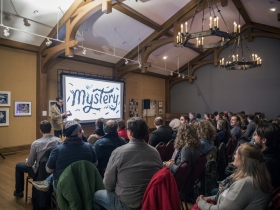 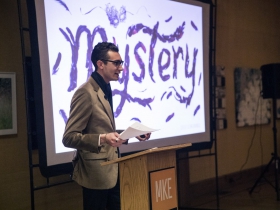 One thought on “We’re Among 164 “Creative” Cities”