Wisconsin Lutheran College has been the site of a coincidental three-weekend wind festival this month. Two weeks ago, Early Music Now hosted a great clarinetist, Eric Hoeprich, to play with the Haydn String Quartet. Last Monday, Frankly Music brought together first chair wind players from the Milwaukee Symphony Orchestra from the back to front stage highlighting their individual talents. This included outstanding performances from flutist Sonara Slocum and clarinetist Todd Levy. This next Monday, a Milwaukee Musaik ensemble brings together no less than 10 wind players (plus a cello and double bass) for a “Winter Winds” concert to explore the wind ensemble repertoire in more depth. There have been few recent opportunities in Milwaukee beyond student ensembles to offer a wind orchestra concert. 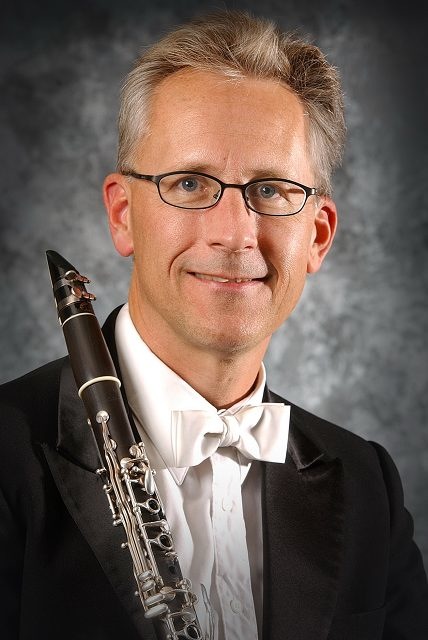 Wind ensembles have been more common in Milwaukee’s past. Under the direction of oboist Stephen Colburn (for three decades beginning in 1972), the Milwaukee Chamber Orchestra sometimes ended its season with a concert devoted to winds. Milwaukee Musaik, a recent reincarnation of the Milwaukee Chamber Orchestra players, will reflect those early days with this concert. Concert organizer Bill Helmers expressed his enthusiasm about the concert. “This is repertoire that we love to play. The rich woodwind writing in the program really makes the woodwinds sound good.” 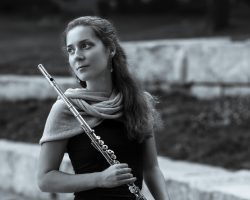 Flutist Yarmel, oboist Butler, clarinetist Helmers, bassoonist Giacobassi and hornist Flint will combine for as a wind quintet for a work by Paul Hindemith – Kleine Kammermusik for Wind Quintet, Op. 24 No. 2.  The instruments offer a catalogue of tambres and textures including the ambidextrous “honorary wind” and brass instrument – the french horn.

Hindemith’s work reflects the neo-classical style, also developed by Igor Stravinsky, honoring structures common in Baroque period compositions. Helmers references the recent “Haunted Screens” cinema exhibit at the Milwaukee Art Museum to explain the Hindemith piece: “The work is really quite tonal. But the impression reminds me of the films of that period in Germany. Tilted askew. Viewed through a distorted lens. Featuring not quite familiar harmonies.” A waltz movement and dark march rhythm reflect the influence of World War I, which colored the music of all the post-war composers. Helmers found the last movement to be especially daunting. “It is challenging to have all the parts fall into place. The instruments play off one another. A powerful rhythmic drive like a swinging mechanical clock creates thick harmonies – a big sound.”

Pairs of instruments will join for a classical period work by Franz Krommer, Octet Partita in E-flat major, Op. 79. Oboists Butler and Pearl, clarinetists Helmers and Adler, bassoonists Giacobassi and Fleming and hornists Olson and Heins will play. The choice of instruments favors a dark rich sound. The pairing of instruments allows for resonant harmonies. The work reflects the galant style of 18th century Vienna. “Although not an innovator” like his contemporaries Joseph Haydn and Mozart, Helmers finds that Krommer was adept at writing for winds. 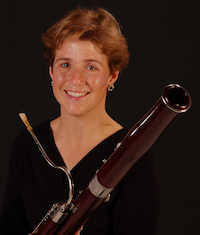 All 12 players will perform a substantial work by Antonín Dvořák, Serenade in D minor for Winds, Cello and Bass. The two lower string players balance the sound. The cello plays a key role. Cellist Szczepanek “lobbied us to play this,” Helmers acknowledges. “Wind ensembles can get a little top heavy.  Clarinets and oboes have a lot of power up in the top range. The extra support down below warms up the sound of the group and balances it.”

A substantial work, the Serenade helped establish Dvořák’s reputation, earning the respect and support of Johannes Brahms. Signature Slavonic dance rhythms are found throughout. Critic Patsy Morita observes that “the second movement may be titled Minuetto and feel something like a Classical minuet, but it’s really a Bohemian sousedská with a furiant trio.” A pastoral third movement and final movement rondo cap the pleasant work.

Wind students, ex-students and connoisseurs of great chamber music owe it to themselves to catch this unique concert opportunity. The selections offer an excellent survey of the colors and textures of the wind repertoire.

“Winter Winds” will perform Monday, January 30th, 2017 at 7:30 p.m. at the Schwan Concert Hall, 8815 W. Wisconsin Avenue, at the Wisconsin Lutheran College. $25 general seating tickets may be purchased on-line.  Students with ID may purchase tickets for $10 at the door. Free parking is available in a new garage just east of Schwan Concert Hall.

The next concert in the Milwaukee Musaik series brings together strings and winds as a chamber orchestra on March 13th. link Guest conductor Andrés Cárdenes will lead the ensemble. Maestro Cárdenes will join Milwaukee Musaik’s concertmaster Jeanyi Kim in the exquisite Sinfonia Concertante in E-flat Major by Wolfgang A. Mozart, and lead the orchestra in virtuosic works by Rossini, Respighi and Korngold. A silver medalist in the Tchaikovsky Violin Competition in 1982 and former Concertmaster of the Pittsburgh Symphony Orchestra, Cárdenes will also be an honored guest at a Fundraiser Soirée on March 10th.

One thought on “Classical: Winter Winds Shall Blow”