By Gretchen Schuldt, Wisconsin Justice Initiative - Jan 6th, 2017 10:43 am
Get a daily rundown of the top stories on Urban Milwaukee

They are Hill, a Municipal Court judge since 2004; William Crowley, a lawyer with Disability Rights Wisconsin; Assistant City Attorney Kail Decker; and Brian Michel, a staff attorney with the Legal Aid Society in Milwaukee. All four candidates filed nomination papers by the 5 p.m. Tuesday deadline.

The general election is April 4. The primary election will be Feb. 21.

Crowley’s LinkedIn page says he is a family care and IRIS ombudsman with Disability Rights, a position he has held since October 2014. In that job, according to LinkedIn, Crowley provides assistance to clients and potential clients of publicly funded long-term care.

He received his law degree from Marquette University in 2011.

Decker has been a Milwaukee assistant city attorney since February 2014. His campaign Facebook page appears to take a direct shot at Hill, known for her caustic approach to those who appear before her.

“A judge should not publicly berate another person, remove a person from court for dubious reasons, or make incorrect legal rulings,” it says. “With Kail serving as municipal judge for Branch 1, every person would be able to walk into a respectful, reasonable environment and leave with dignity and confidence in the integrity of the court.” 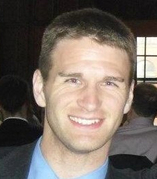 There, he said on his campaign Facebook page, he “provides no-cost representation to low-income residents facing a wide range of issues, from eviction defense and unemployment compensation appeals, to defending against municipal citations and predatory consumer transactions.”

Hill has been a Municipal Court judge since 2004. Her law degree is from the University of Akron School of Law.

Milwaukee Municipal Court has been under fire from critics for denying open records requests, for ignoring the law requiring judges to give indigent defendants the chance to work off a fine with community service, and for piling up fines against black defendants who were charged with 73 percent of fines issued by the courts, a study found. Another study found that 25 percent of all residents of the city’s poorest zip code, 53206, owed municipal court fines, which Ald. Michael Murphy called “shocking”.