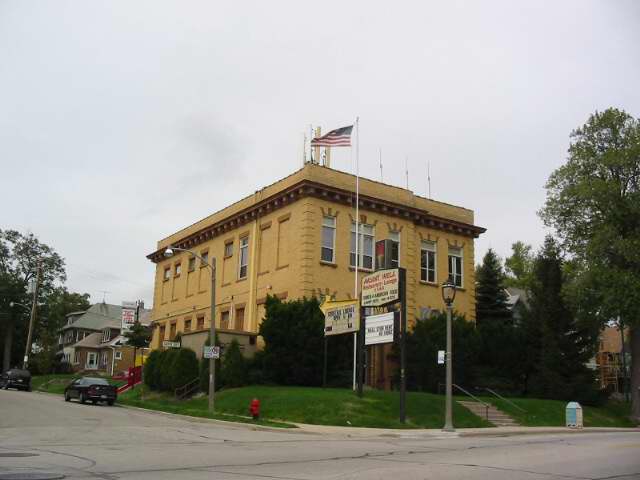 Marija Madunic is a partner with her sister, Vesna, at Firefly restaurant in Wauwatosa. She also ran two restaurants in Whitefish Bay, Berkeley’s Cafe and El Guapo’s Cantina, both now closed. Now she’s decided to try Bay View, with a restaurant called Kindred, which will serve contemporary American dishes in the building being converted to a boutique hotel at 2535 S. Kinnickinnic Ave. Milwaukee Journal Sentinel writer Carol Deptolla has more on the story:

Marija Madunic said, “Creating a very warm, intimate space, like family,” is the idea behind the restaurant. “We really want it to feel like a place where people can get comfortable and cozy and hang out,” she said.

The chef is Nathan Rader, a native of Pennsylvania who has worked in Big Sur, Calif., Jackson Hole, Wyo., and Anguilla, West Indies.

Madunic said the menu will be kept brief so that it easily can be changed seasonally. It will include small plates, some entrees and desserts.

The menu still was being written but is likely to include leek and Edam fritters with local chokeberry jam, Madunic said.

The restaurant, which will be on the hotel’s first floor, will have banquettes in the bar area. The bar itself will be built of reclaimed wood. Besides some more intimate seating, the dining room will include a large table for communal dining. Madunic said she wants the dining room to be a series of “warm little vignettes.”

In all, Kindred will have close to 100 seats, she said. A patio under construction at the front of the building will provide more seats in warm weather. It will have a fire pit, lights, trees and other plantings, she said.

Chefs Daniel Jacobs and Dan Van Rite will be opening a new restaurant inside the still rather new restaurant DanDan at 360 E. Erie St. It will be called EsterEv and will open tomorrow. Lori Fredrich of OnMilwaukee adds more details:

The concept, named for Jacobs’ great-grandmother Ester and Van Rite’s grandmother Evelyn, offers one nightly seating for up to 20 diners on Thursdays, Fridays and Saturdays. Cost is $80 per person for the tasting menu, which begins at 6:30 p.m. Beverage pairings for each course can be added for an additional $40 (non-alcoholic beverages are included).

“We want to convey this idea of hospitality, like a dinner party where people can chat and get to know people they may not have met before,” notes Jacobs. “We want it to feel like you’re having dinner in our home.”

You’ll find the private dining area is sparse in terms of decor, but the look and feel is intimate and comfortable. Two communal tables accommodate 10 diners each, allowing diners to interact in a convivial fashion.

The tasting menu experience lasts about two and a half hours, and you’ll find it well worth its $80 price tag. Jacobs and Van Rite introduce each course, which ranges from snacks and bites to smaller, but more complete courses.

For more information about EsterEv, or to make a reservation, visit the web site at esterev.com.

Later this month, Whitefish Bay will welcome a new restaurant called Moxie, make that MOXIE. For months, owners Tamela Greene and Anne Marie Arroyo have been transforming the space at 501 E. Silver Spring Dr. into an upscale yet casual restaurant. Fredrich has more information:

The kitchen will be headed by Chef and General Manager Antonio (Tony) Evans. Evans, whose experience includes work with Saz’s Hospitality Group, the Bravo/Brio Restaurant Group, and Brew City Bar-B-Que, is expected to contribute not only a high level of culinary creativity, but also an elevated sense of hospitality.

MOXIE’s spunky offerings will include a short ever-changing menu featuring bold takes on American comfort food fare including steak, seafood and pasta with an emphasis on fresh ingredients. Daily specials will feature food sourced from local growers and farms.

MOXIE is now taking bookings for holiday party catering along with special event space rentals available for both Sunday and Monday nights.

Brookfield will be home to the first Total Wine & More store in Wisconsin. The nation’s largest independent wine, beer and spirits retailer will open shop at 17300 W. Bluemound Rd. this Thursday. The superstore will sure to be packed tight with over 8,000 different wines and 2,500 beers. Bobby Tanzilo of OnMilwaukee has more info:

“We are far more than a retailer, offering our customers the ability to engage in all that is fine wines, spirits and beer through regular tasting and pairing events, educational classes and a growler station offering local and craft beers,” said Edward Cooper, the store’s veep of public affairs and community relations in that news release.

You can find out for yourself at 9 a.m. Thursday, Nov. 10, when the shop opens with a variety of freebies for customers, staff-led tours of the expansive showroom and other features, including a Friday appearance, from 5 to 7 p.m., of former Packers star LeRoy Butler.

Ten percent of wine sales during the store’s opening weekend will benefit the Sharon Lynne Wilson Center for the Arts.

Total Wine expects to have 150 stores in 21 states open by the end of the year. Word is that a Madison location is also being considered. The company was founded in Bethesda, Maryland, in 1991 by brothers David Trone and Robert Trone, who continue to own the business.