Whitnall Avenue was once part of an Indian trail that was about two feet wide and, after having been tamped down by centuries of use by Native Americans, eight to ten inches deep. In the late 1830s United States’ soldiers, following this and other Indian trails, built a road connecting Fort Dearborn in Chicago with Fort Howard in Green Bay that passed through Milwaukee. Building the new road required cutting a 33-foot wide swath through forests and prairies, and filling in low spots with logs. This new highway was referred to as the Military Road or the United States Road.

On the south side of the city the thoroughfare was known as the Chicago Road. During Milwaukee’s efforts to rid itself of duplicate street names in the late 1920s, Chicago Road was considered too much like Chicago Street in the Third Ward, so it was renamed South Whitnall Avenue in 1927. 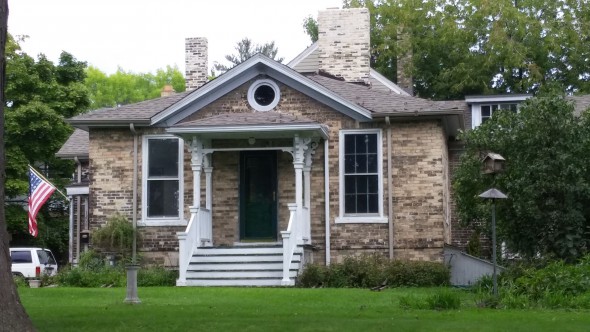 Locust Street home where Charles Whitnall was born in 1859. Photo by Carl Baehr.

The new name was selected to honor Charles (Charlie) Byrne Whitnall, who was born in 1859 at the Whitnall homestead along the north side of Locust Street between Humboldt Avenue and the Milwaukee River. Whitnall lived on the family land until his death nearly 90 years later.

Whitnall’s father, Frank, an English immigrant, ran a florist and seed business from the homestead and operated a store in downtown Milwaukee. Charles joined his father in the business. He was later involved in creating the Florist Transworld Delivery System, which allows a shopper to buy flowers in one place and have similar items delivered in a distant place by a florist there. He also helped establish the National Association of Florists.

Whitnall married his childhood playmate and later sweetheart, Annie Gordon, in 1883. Their only child, George Gordon Whitnall, was born five years later. The dawning of the twentieth century brought many changes to Whitnall’s life. In 1903 he decided on a career change; he leased the family greenhouses and became a banker. His father and mother, who had moved to Los Angeles, died in 1904 and 1905, respectively.

In 1907, Whitnall was instrumental in forming the County Park Commission and was one of seven men appointed to the commission. The names of the other members are familiar to us partly because each, like Whitnall, has a park named for him: businessman William Lindsey, architect Alfred Clas, meatpacker Patrick Cudahy, Wauwatosa mayor Emerson Hoyt, hotel owner Alvin P. Kletsch, and florist James Currie. Whitnall was also appointed to the Planning Commission at about the same time.

In 1910 Whitnall divorced Annie and married Marie T. Kottknauer, and his son, Gordon, moved to Los Angeles. Whitnall was still in the banking industry, but was pursuing other activities. His 1910 census entry shows that his occupation was landscape architect. That same year he was elected Milwaukee City Treasurer as the Socialist candidate.

Whitnall served on the Park Commission for forty years, until 1947. He is known as the “Father of Milwaukee County Parks” because his vision helped to create the park system that we have today. He wanted to have natural parkways along most of the waterways in the county, including the Milwaukee, Menomonee, Kinnickinnic, and Root Rivers as well as the Honey, Underwood, and Oak Creeks to create a “necklace of green” circling the county. The County purchased the land for the parkways before there was residential development and while the land was still inexpensive. Whitnall also pushed to buy land for parks in what was then the boondocks, knowing that the properties would eventually be too expensive for the County if it waited. Hundreds of acres were purchased for Brown Deer, Currie, Greenfield, Whitnall, and other parks.

In addition to Whitnall Avenue and Whitnall Park memorializing his name, Gordon Park, across Locust Street from the family homestead, is named for his son, Gordon. Nearby Gordon Circle, Place and Court are also named for the younger Whitnall. Gordon followed in his father’s footsteps in becoming a city planner when he moved to Los Angeles County, where there is also a street named for him. In suburban Burbank, a road about four blocks long carries the rather grand name of Whitnall Highway. 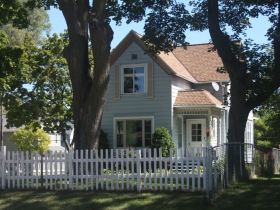 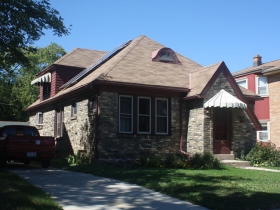 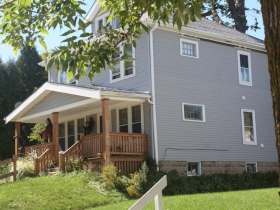 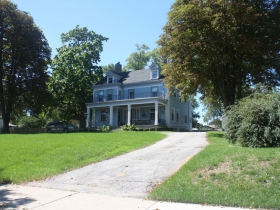 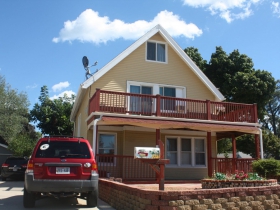 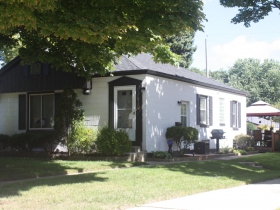 One thought on “City Streets: Whitnall Ave. Named After “Father” of Parks”