A big turnout of American and Mexican politicians with "Trumpism" in the air. 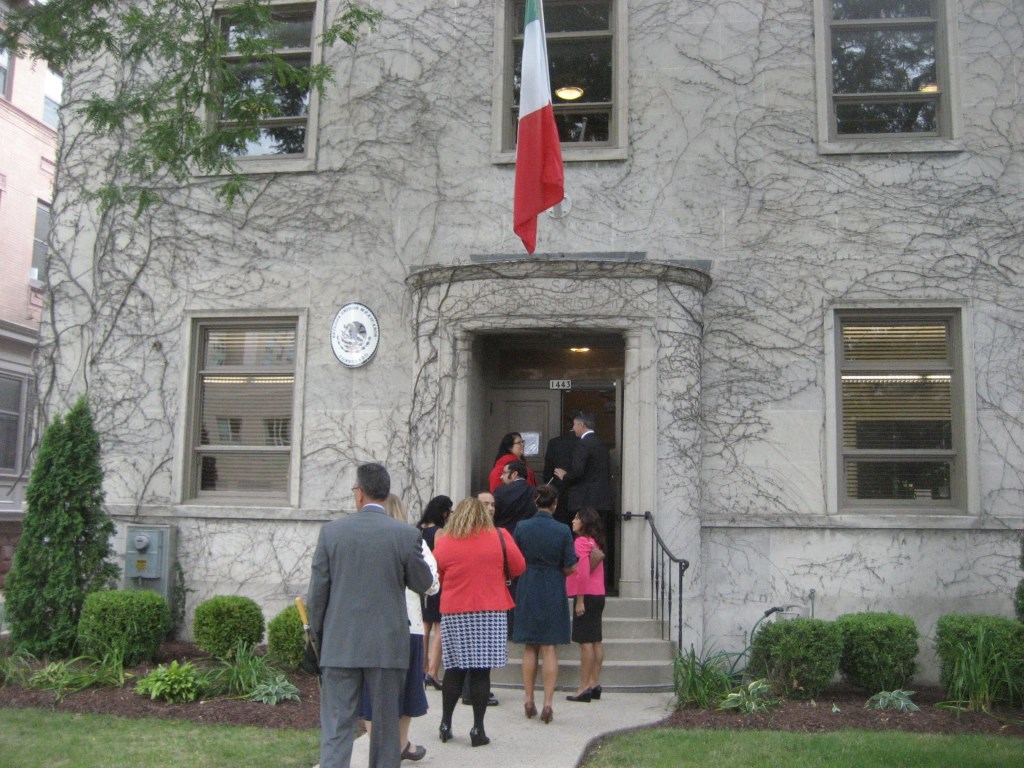 Mexico opened its 50th United States Consulate office yesterday in Milwaukee at 1443 N. Prospect Ave. Few buildings in this city or others are more suited for the purpose as the Sunday School building of the former First Church of Christ, Scientist, a limestone edifice where the consulate office has now established itself. It looks straight out of Embassy Row in Washington, right down to the foreign flag and the sign on the facade.

The republic to the south has been engaged in an ambitious plan to open more consular offices to serve its millions of citizens residing in the United States, and this event was attended to with the accordant pomp and circumstance.

So, why is Milwaukee on the Mexican consular map? Mayor Tom Barrett told the audience of 150 that census figures released this week provides the answer: after decades of decline, the City of Milwaukee’s population once again tops 600,000.

“The Hispanic population is responsible” for the increase, the mayor said.

Claudia Ruiz Massieu Salinas, the Mexican Secretary of Foreign Affairs, attended the event, a testimony to its gravity and significance in the grander context of global diplomacy. Salinas, the Mexican equivalent of the U. S. Secretary of State, was accompanied by His Excellency Carlos Manuel Sada Solana, the Ambassador of Mexico to the United States; Paulo Carreno King, the Undersecretary for North America; and other dignitaries and functionaries, some of whom shall now reside in our midst.

It was an occasion of state not seen here since German Chancellor Helmut Kohl convened with President Bill Clinton in May, 1996 at a summit that culminated in a meal at Miss Katie’s Diner.

This consular dedication was a bilateral event, with representatives of the host nation also in official attendance. 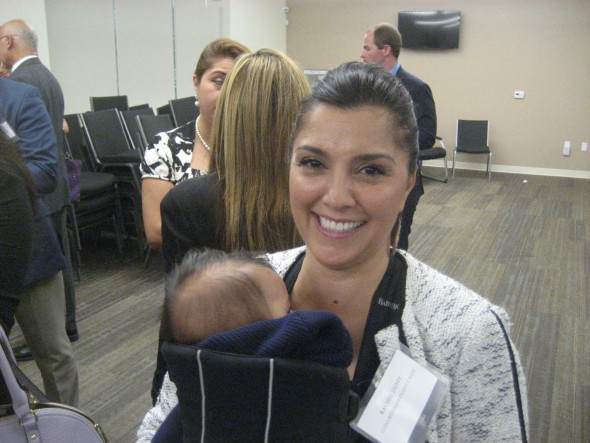 Those on our side included Rep. Gwen Moore. Next to her was F. James Sensenbrenner, Jr., the Waukesha Republican who sits apart from her in Congress separated by an aisle, and a wide ideological division. Also in attendance was Rep. Sean Duffy and his wife Rachel Campos-Duffy, who was cradling her eighth child, born this year, while her seventh paid great attention to her father.

Mme. Secretary Massieu Salinas delivered remarks outlining the relations between Wisconsin and her nation. Wisconsin and Mexico have bilateral commerce of $5.6 billion annually, she said.

Forty percent of the Dairy State’s dairy workers are from Mexico; 270,000 Mexican Americans call Wisconsin home, paying $1 billion in federal, state and local taxes annually. Mexico is either the state’s first or second trading partner, depending on the flow of commerce in any particular year.

The secretary alluded to plans to repatriate Mexicans in this state. To do so, she says, would cost us 43,000 jobs.

Among the attendees was Governor Scott Walker, who made remarks to the audience, and who accepted a gift of state of what appeared to be a Mexican silver desk set, although at first I thought it might be a collander or curd separator.

After the ceremony, he spoke with Maria Monreal-Cameron, the former head of the Hispanic Chamber of Commerce, who told the governor that she would like a seat on the UW Board of Regents.

Members of the legislature included Minority Leader Peter Barca, and his Democratic colleagues JoCasta Zamarripa and Jonathan Brostoff, in whose district the consulate is located.

Chris Abele, the Milwaukee County Executive, was there in room as clouds gathered outside. Chief Edward Flynn made it as far as the front door before surveying the crowded and humid situation within and returning to his patrols.

Vanessa Llanas was there representing Sen. Tammy Baldwin, while Ernesto Villarreal of El Rey Grocery was interviewed, in Spanish, on Telemundo.

City officials, including Jim Owczarski and Ald. Jose Perez, were there. Scott Munoz sat next to Andrea Taxman. He runs the 1451 Renaissance Place, the former First Church of Christ, Scientist to the north, now an event center. She is landlord of that building, as well as the new Consulate.

Also in attendance were Teresa Mercado, Nancy Hernandez and Ricardo Diaz, who has been much involved in community development.

As the event drew to a close and appetizers were passed around, the skies broke for a significant downpour. Umbrellas went up to escort the dignitaries to their vehicles, while I petitioned for temporary asylum in the consular offices until such time as the rain subsided. My brief exile from the land of my birth and under roof upon this now-foreign soil was granted.

Politics In the Air

Both the Mexicans and Americans alluded to politics in their remarks. Secretary Massieu Salinas made her pointed comment that banishing Mexicans from Wisconsin would cost tens of thousand of jobs, millions of dollars in tax revenue, and uncounted tolls on the economy and personal dignity for all involved. This banishment, of course, is a platform of Donald Trump, the Republican candidate for president. Trump also promotes a physical barrier between the United States and Mexico which he expects the latter to finance. This measure was opposed in a foreign policy statement by Milwaukee’s chief executive.

Barrett responded this way to what has come to be called Trumpism: It is time to open doors, not to build walls, the mayor declared. 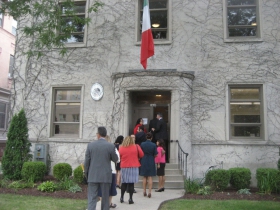 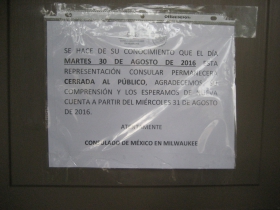 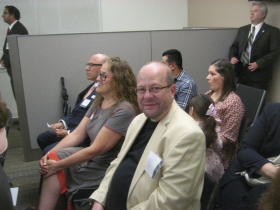 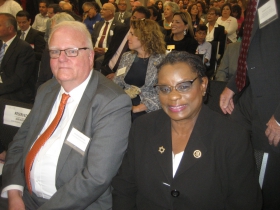 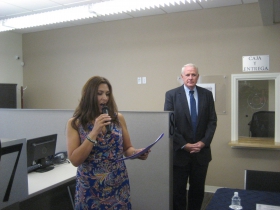 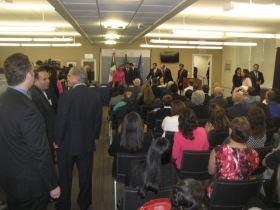