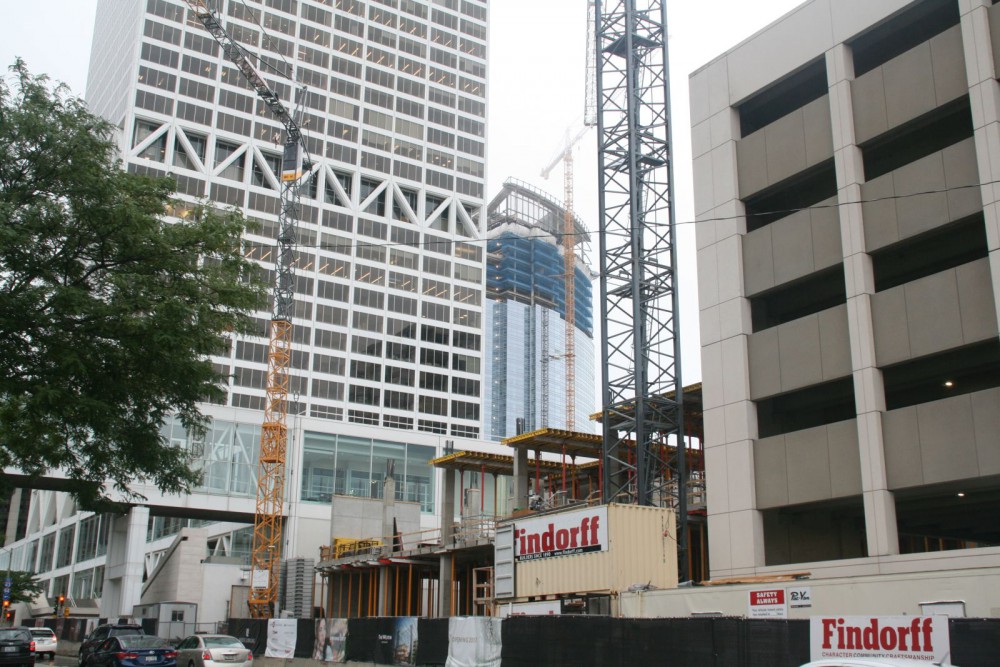 The Westin Hotel Rises in front of the US Bank Center

The Westin Milwaukee, a new 220-room hotel, is rising from the ground at 550 N. Van Buren St. Located just south of Milwaukee’s tallest building, the US Bank Center, the nine-story hotel will be connected by skywalks to the growing lakefront office complex.

The hotel joins 833 East, an 18-story office tower that opened earlier this year. In addition, all signs point to construction work beginning soon on The Couture, a 44-floor apartment tower to be located another block east.

Amenities at the hotel will include a fine dining restaurant, large lobby bar, fitness center, 9,000-square-feet of meeting rooms and a 5,000 square-foot ballroom.

Construction on the hotel began in February and the hotel has recently reached the height of the adjacent skywalks. When complete the hotel will be one of the first things people see when they enter the city by exiting Interstate 794 at N. Van Buren St., a welcoming sign of life over the surface parking lot and parking garage that previously greeted visitors.

General contracting services on the project are being provided by J.H. Findorff & Son Inc.. Arrival Partners, led by Doug Nysse, is serving as project planner and development consultant, with Nysse’s former firm Kahler Slater serving as the project architect. Jackson Street Holdings is the project developer.

The site for the hotel was created from a 2010 redevelopment of the US Bank Center parking garage. That garage was pushed to the southern edge of the site, creating a courtyard space between the garage and office tower. The future hotel will be connected directly into the US Bank Center‘s skywalk system.

The hotel project was subject to a one-week lawsuit early this year from Irgens Development Partners, which is developing the 833 East office tower just to the east. That suit, concerning an easement Irgens has with site owner US Bank, was filed on January 20th and dropped on January 29th. Stephen Kravit, attorney for the hotel developers, says the project was not altered in response to the lawsuit. 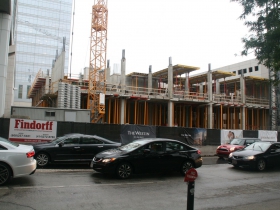 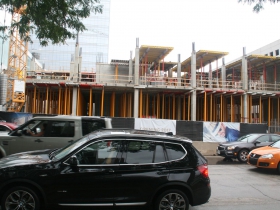 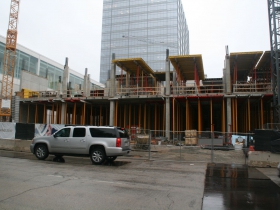 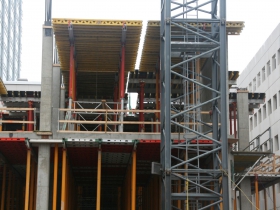 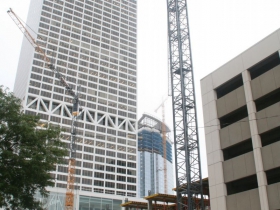 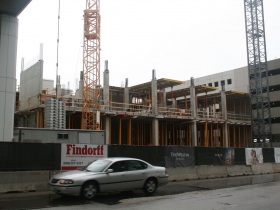 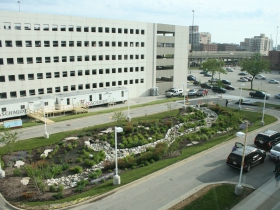 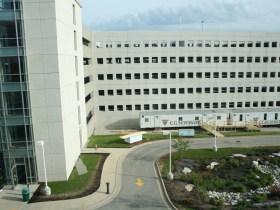 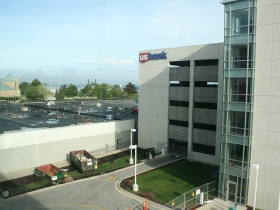 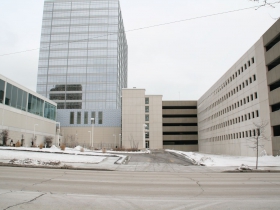 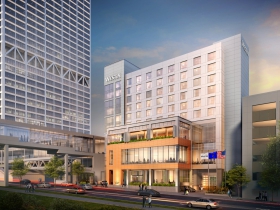 Elsewhere in the Area

The new Westin Hotel is far from the only thing going on near the lakefront. The previously mentioned 833 East tower opened on March 1st. Northwestern Mutual is constructing their $450 million, 33-story Northwestern Mutual Tower and Commons just to the north. Just west of that, the insurance giant is also building the Northwestern Mutual Apartment Tower, a 34-floor residential tower and 1,400 stall parking garage.

The Wisconsin Department of Transportation is rebuilding the Lake Interchange portion of Interstate 794 to the southeast of the hotel. And as part of the state’s effort, the city is redesigning a number of streets in the area, including two that run near the project, Michigan and Clybourn, and connecting the Historic Third Ward with an extension of N. Lincoln Memorial Dr.

A number of projects are in various stages of planning as well. The Couture, a 44-story residential high-rise by Barrett-Lo Visionary Development is moving forward with the sale of the Downtown Transit Center planned for later this month. The Milwaukee Streetcar is undergoing final engineering work for a lakefront spur that will take it through the planned The Couture. And last, but not least, Johnson Controls and the city are conducting a study into the viability of building a substantial office tower on the land along E. Clybourn St. that will be made available by the reconfiguration of the Lake Interchange.