Riverfront Pizzeria is Great for Summerfest

It’s a great hangout before or after the Big Gig, with a better beer selection than on the festival grounds. 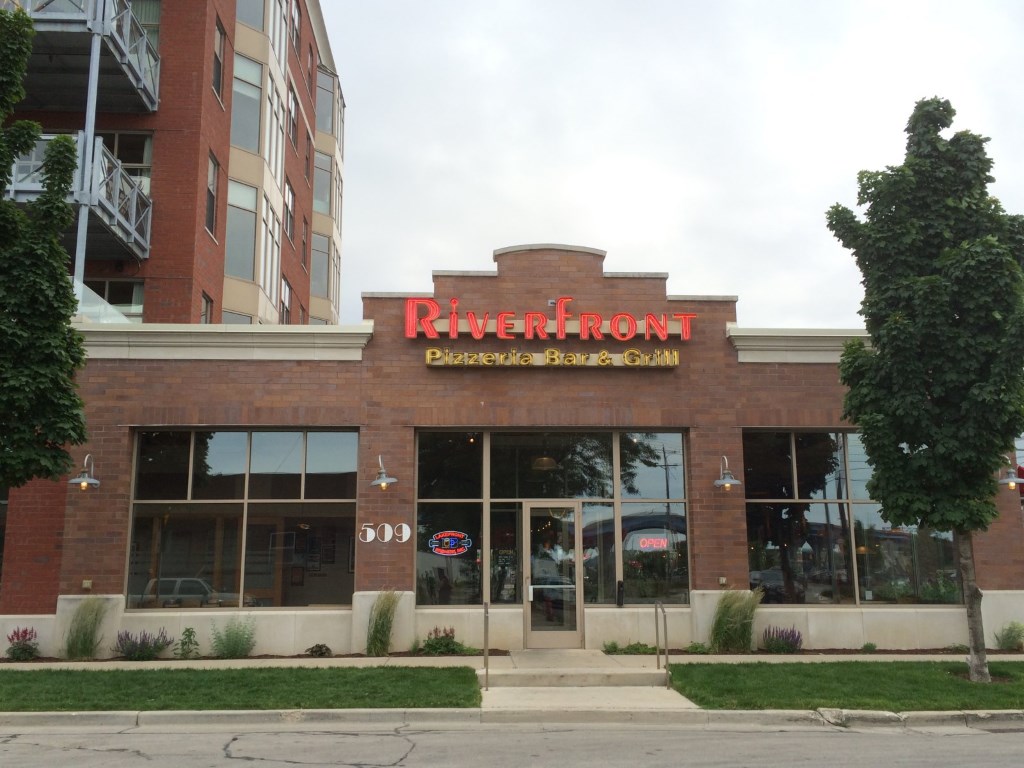 “Now is the time we all fall into a coma. We dance in the streets, jump in the lake, lay in the sun, stay up late around a fire, and we forget about winter,” said my girlfriend this weekend, as she does every June. Indeed, summer is officially upon us and what a couple of weeks it has been. Next week our outdoor festivities kick into full gear as the Big Gig opens on Wednesday the 29th. Shuttles will be running all over town to Summerfest, but if you’re looking for a place to eat/drink in the immediate vicinity, Riverfront Pizzeria Bar and Grill (509 E. Erie St.) is a great choice. 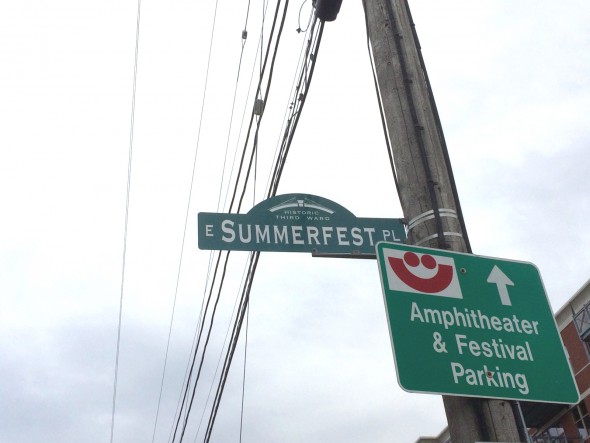 Riverfront sits at the intersection of Erie Street and Summerfest Place, just two blocks from the south entrance to Henry Maier Festival Park, near the Marcus Amphitheater. It’s an ideal location for grabbing a few drinks before or after the Big Gig. Just like Summerfest, Riverfront is closed on Mondays, but opens up with a bang on Tuesday, featuring an all-you-can-eat pizza and garlic bread lunch buffet from 11:30 a.m. to 2 p.m. for $10.99. Tuesday also features half-off all bottles of wine, making it their most discounted day of the week.

The happy hour at Riverfront runs Tuesday to Friday from 3 p.m. to 6 p.m. It involves 8 discounted appetizers from $3 to $7, including calamari, tomato basil bread, cheese curds, and bruschetta. The eggplant strips were the only appetizer with a “(small)” designation, but when they came out they were anything but. The lemon garnish elevated the flavor of the lightly breaded strips and the marinara sauce was seasoned just right. Also, a fry and a piece of calamari both mysteriously showed up on my plate of eggplant strips. Either would have been a good alternative appetizer, especially the calamari.

Drink options during Riverfront’s happy hour include $5 double tall rail mixers (except tequila, which is $6.50), $4 glasses of house wine and $3 or $4 tap beers/cider. Riverfront has 10 tap lines that feature a mix of craft, import, domestic and local beers (plus Crispin cider). As far as Wisconsin beers go, they currently have Spotted Cow, Riverwest Stein, Karben4 Fantasy Factory, Enlightened Brewing and Miller Lite. I had to try Enlightened’s “The Daily Stipend,” a pale wheat ale, out of curiosity. It was interesting, but not worth $1 more than Fantasy Factory. It’s a little bewildering that a pint of Miller Lite is the same price as the Wisconsin craft beers during happy hour, but so it is. After a pint of Fantasy Factory I ordered Dogfish Head’s Indian Brown Ale, their featured tap, which was also only $3. At 7.2% and full of flavor, it was the best beer deal during my visit.

When it came time to order my main course I was debating between the “Harborfront” pizza, made with pesto, fresh mozzarella, basil and their bruschetta mix. I’m a sucker for pesto, but the other menu item calling to me was the prosciutto Piadina. A Piadina is described as “warm Italian flat bread, typically served with cured meats and soft cheeses. This is simple Italian street food.” In addition to being a sucker for pesto, I’m also a sucker for prosciutto. The prosciutto version of the Piadina also contained ricotta cheese and arugula. Considering I’ve never tried a Piadina, I ordered one and asked for pesto thrown in, satisfying both cravings. The sandwich was brimming with prosciutto and arugula, much more than is typically found atop a pizza, and it was absolutely delicious.

Riverfront usually closes at 11 p.m. on the weekends, but during Summerfest they’ll be doing last call around 1 a.m. The manager is still debating whether or not they’ll have any “bring in your Summerfest ticket stub” type deals, so if you stop in keep yours handy just in case. On any given Sunday they have a 3 topping, 17-inch pizza plus a pitcher of domestic beer or soda deal for $24.99.

The patio behind Riverfront offers a gorgeous view of the lake and river and some of the best outdoor dining in the city. They have a much more extensive beer selection than you can find inside Henry Maier Festival Park, with bottles and cans from 12 Wisconsin breweries ($4.75-$5.50), 10 other crafts ($4.75-$5.50), 7 domestics ($3.75-$4.75), 10 imports ($4.50-$8), and 3 hard sodas ($5-$6). Crafts include Sierra Nevada Otra Vez Gose and Left Coast VooDoo Stout. They even have my favorite Scottish beer, Innis & Gunn oak aged ale, although it’s a whopping $8. That’s considerably more expensive than the £1.70 I paid at the local pub when I lived in Edinburgh, but I guess there are extra costs associated with offering a fine Scottish ale within walking distance of the World’s Largest Music Festival. 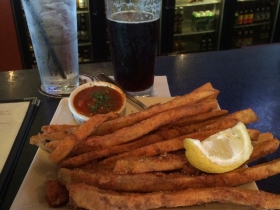 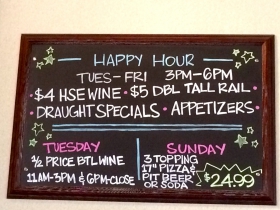 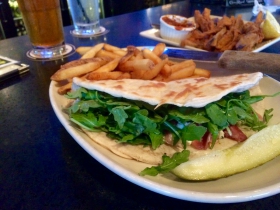 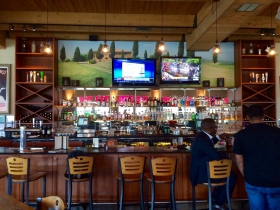 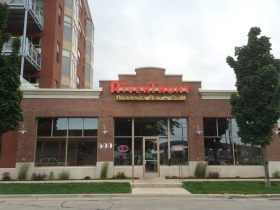 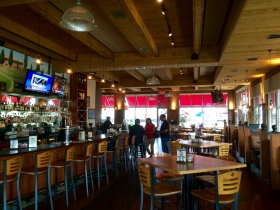 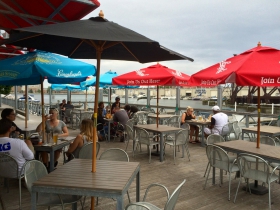 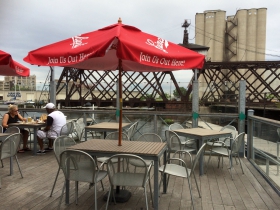 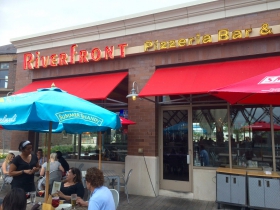