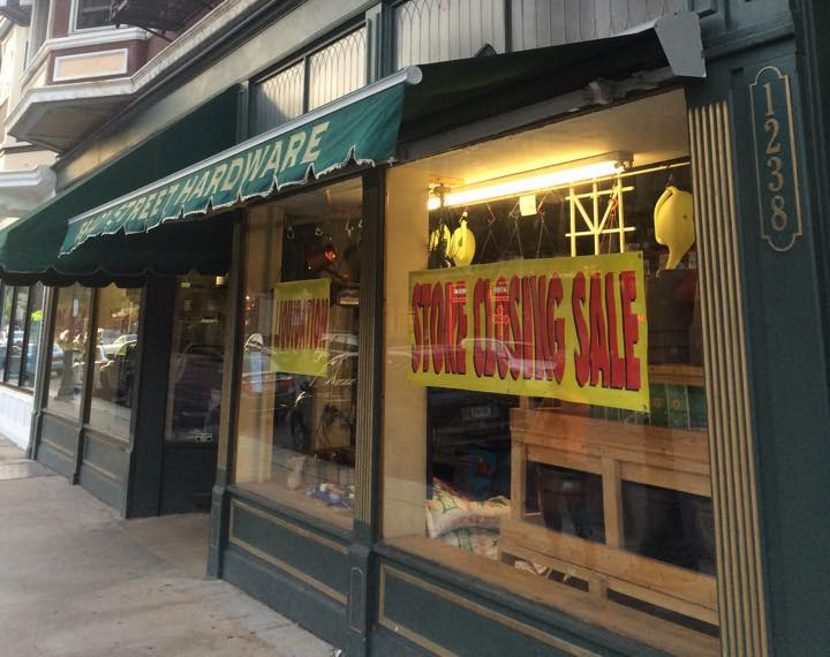 The second location of Harry’s Bar & Grill opens this week at 1234 E. Brady St. The restaurant plans to pay tribute to the former Brady Street True Value store, which occupied the space previously. You’ll notice the old hardware sign in front, which has been redone into a Harry’s sign. Art and other vintage elements in the space will give this Harry’s a Brady Street ambience. Carol Deptolla of the Milwaukee Journal Sentinel adds more:

The menu largely resembles the original Harry’s among the appetizers, burgers, salads and sandwiches, but diverges a bit more at the entrees, with dishes like ginger-soy braised short rib ($20), mustard and chive salmon ($23) and shrimp and grits ($21).

The kitchen will keep later hours; it will be open Monday to Saturday from 11 a.m. to midnight, opening at 9 a.m. Sundays for brunch. The bar will stay open later, until 1 a.m. on weekdays and bar time on weekends.

Walker’s Point will soon see the addition of Mexican restaurant. Taco Bandito will open in early July at 605 S. 1st St. in the Walker’s Point Plaza. The owner, Roman Torrez, formerly ran Mr. Webo’s in Bay View. Fast service will be a priority at the new place, as Molly Snyder of OnMilwaukee.com reports:

The eatery’s tagline (and hopefully not a premonition) is “in and out like a robbery,” and according to the sign on the door, it will serve tacos, burritos, quesadillas, nachos and side items.

A great spot for wings and other Thai cuisine recently opened on Milwaukee’s far south side. Kim’s Thai is located at 938 W. Layton Ave. and serves stuffed boneless chicken wings and a variety of other menu items like pad thai, orange chicken and stir-fries. Deptolla offers this take:

Like an egg roll but with chicken meat standing in for pastry, stuffed wings remove the bone and replace it with glass noodles, carrot and minced chicken; they’re fried until brown and the skin is crisped. The attached wing tip makes it a dandy hand-held food, and the hot sauce Paneboune makes for them is dynamite, spicy with chile paste and seeds and pungent with fish sauce.

The owner herself might take your order — or it might be a daughter, son or nephew at this family business. With nine tables and steady takeout customers, bigger orders sometimes can take awhile, and some dishes take longer to prepare, like the stuffed wings. The food, though, was worth the wait.

A proposed development in Wauwatosa, which was expected to bring another Stone Creek Cafe to the area, is stalled. Jason Luther, president of the Luther Group in Elm Grove, has said the development project has gone “back to the drawing board.” Meanwhile, Screaming Tuna has pulled out of the development process completely. Deptolla reports:

Screaming Tuna, whose original location is at 106 W. Seeboth St., won Wauwatosa planners’ backing for the site early this year but ultimately decided against opening the restaurant. “There were a lot of factors we had to weigh in the difficult decision not to move forward with that particular location,” general manager Cristian Vega said. He did not elaborate.

The site was always tentative, he said, as Screaming Tuna had not signed a lease.

Stone Creek Roasters spokesman Drew Pond said the company still is interested in opening a cafe at the Harwood site, but “It’s completely out of our hands.” Stone Creek initially had hoped to open the cafe by September.

The German restaurant located at 2720 N. Grandview Blvd. in Waukesha will close soon. Weissgerber’s thanked employees and customers for 33 years of service in a recent Facebook post. A shopping plaza and Panda Express restaurant are proposed for the site. Deptolla adds more details: