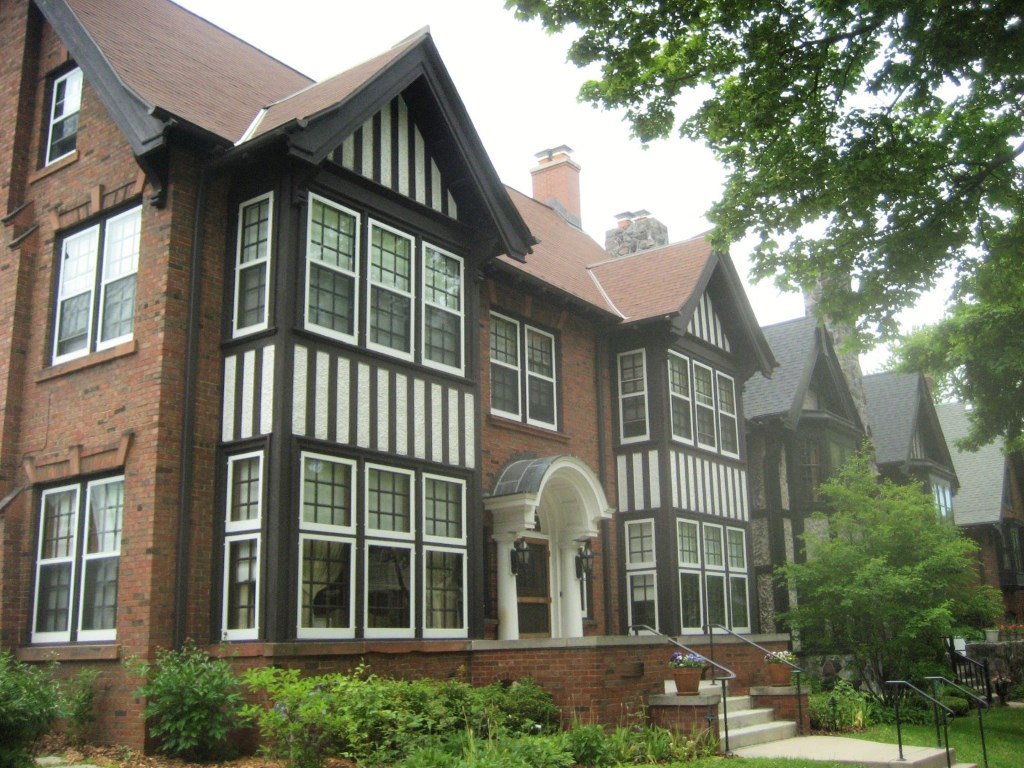 Last year the Republican legislature, with the governor’s consent, eliminated the independent State of Wisconsin Government Accountability Board and replaced it with a partisan Elections Commission and Ethics Commission, with four of its six members appointed by Republican officials and two by Democratic officials. The two new organizations will go into business on June 30th, when the GAB will dissolve.

Senate Minority Leader Jennifer Shilling used her Elections Commission appointment rights to nominate Ann S. Jacobs, a trial attorney and Democratic Party member whose “hometown” is listed as Milwaukee. The nomination, in February, was the first to be announced.

In April, Rep. Peter Barca used his power of appointment to name Atty. Mark L. Thomsen to the commission, but not without an editorial in his announcement:

“I am extremely disappointed that Republicans in power replaced our nationally-recognized nonpartisan watchdog with a partisan system,” Rep. Barca said. He then went on to say that Thomsen would serve in the position with honor and professionalism.

Thomsen, an attorney with Cannon & Dunphy, is a 1987 Marquette University Law School graduate, and is a member of the Southeast Wisconsin Professional Baseball Park Board of Directors. He has been active in Democratic politics.

According to the state’s official listing of commission members, Thomsen’s hometown is listed as “Brookfield.” Not so! Mark Thomsen‘s hometown is the City of Milwaukee. His office is in Brookfield.

And now, for an editorial of my own: Somebody should have caught this error. Not even in business yet and the Election Commission is making mistakes. These are the people in charge of what constitutes a legal voting address, for goodness sakes. Thomsen could be prosecuted if he tried to vote in Brookfield.

Indeed, Thomsen and his wife, Grace, now a retired Milwaukee Public Schools administrator, have lived since March 1994 in a charming 10-room house in Milwaukee’s Northpoint neighborhood, not far from Back Bay Park and the lake, for which they paid $179,000, and which brings us back to the more usual discussion in a House Confidential column. 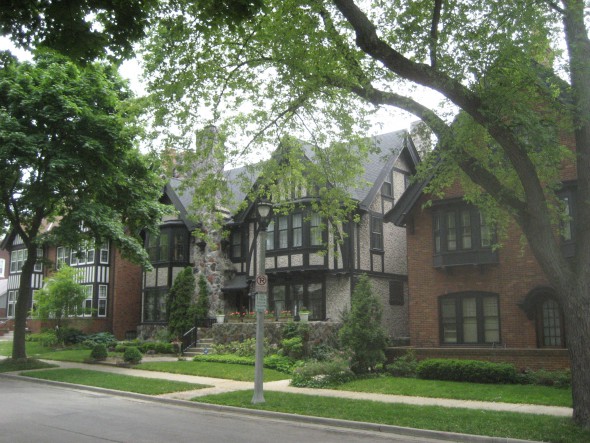 The Thomsen house [L] and its two neighbors to the east. Photo by Michael Horne.

What is curious about this house and its two neighbors to the east, is that all three were built at the same time on what was to have been a single lot in a prestigious subdivision. And, also rare for the area, all three were built as rental properties, in an area where nearly every home was owner occupied, and usually custom designed.

Elisha Eldred Magie [1856-1927] was the original owner and landlord, after this home and the other two were built in 1910, and the homes remained in family hands for over a half-century. As late as 1988, by which time this home was owned by the estate of Warren B. O’Connor (another guy with a hankering for east side mansions), all three homes occupied what was, for legal purposes, Lot 5 in Block 7 of Glidden & Lockwood’s Addition. That year, the lot was divided into three parcels, with this being parcel 3, and the homes began selling independently of each other.

Usually if you jam three homes on a single lot the crowdedness can become overwhelming, and the details of the residences become hard to define, lacking suitable vantage points, with the buildings often rubbing shoulders uncomfortably. But these are lots of still considerable size, each one being about 50 feet wide and 60 feet deep, a good twice or more the width of most lots just a block or two inland. Therefore, architect Fred Graf was able to construct a 31-foot by 36-foot by 20-foot high, 3,542-square-foot home on the 2,928-square-foot lot.

Graf [1856-1938] was from Ozaukee County, and practiced in Milwaukee. According to his obituary:

The first building that he designed was the Wiesler Hotel on So. Washington avenue [Ceddarburg]. He planned this in 1885, and he always referred to it as his “firstling”.

Among other public buildings he designed were the public school at Waubeka, the office building of the Germantown Mutual Fire Insurance Co., and the Ozaukee County Court House.

He specialized in homes more than in public buildings, and designed many fine homes in Milwaukee and throughout this county. His motto was anything that was worth doing, be it ever so small, was worth doing well, and this was reflected in the type of homes he built.

Love that charming misspelling of Cedarburg.

In the case of this home, Graf’s interest in details is clear from the use of substantial, contrasting materials, including a symmetrical facade enlivened with heavy timber detailing and vertical banding.

A coved entry porch and leaded glass windows provide light to the inside, and generally lighten the appearance of the structure. It is set back on a slight rise from the street and has a generous brick porch. Henry VII might have found it a bit stripped down for his taste, but Elizabeth I would have admired its haute bourgeois respectability.

The home has other details like a roof that doesn’t leak any more, and other improvements, many which had been long deferred during the home’s run as a rental property. The Thomsens gutted and rebuilt the kitchen, restored original ceiling beams and a limestone fireplace in their dining room, restored the front porch, stripped woodwork throughout the house and made upgrades in their basement and on their third floor, as a story in the Journal Sentinel reported. “Paint was removed from wood molding, paneling, coffered ceilings, an ornate front staircase and doors by Aurelius Carthon, a wood refinisher whom the couple call an artist in his field,” the story recounts. The “foyer has a solid oak coffered ceiling, and there are walk-in closets on each side of the front door. The closets have coffered ceilings and doors with rounded tops.”

When the Thomsens purchased the place in 1994, the assessor noted the lack of off-street parking for these three homes. In fact, House Confidential honoree Joe Pabst, who lived in one of them, was so tired of parking his Bentley on the street here, that he sold a home he loved and bought one with a garage.

In January, 1961, a member of the Magie family called the city asking to “construct attach garage to east. Would purchase 25 feet from neighbor to east.” 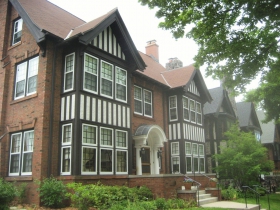 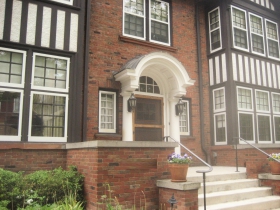 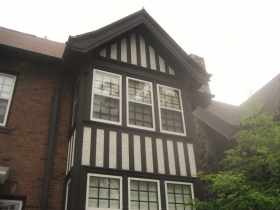 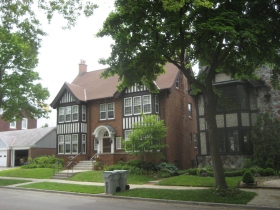 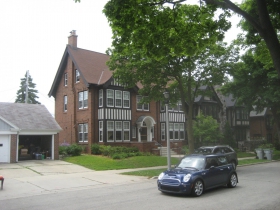 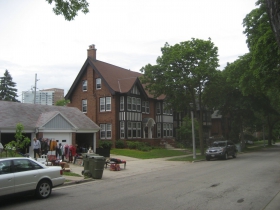 How Milwaukee Is It? The residence is 2 miles from City Hall. A paradise for bicyclists.