By Jon Peacock, Wisconsin Budget Project - Jun 15th, 2016 11:13 am
Get a daily rundown of the top stories on Urban Milwaukee 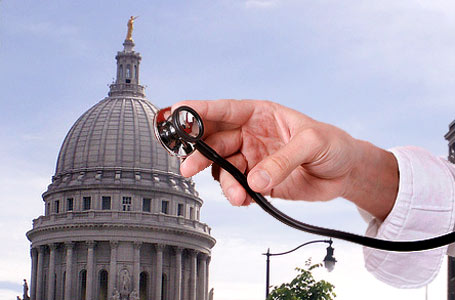 Wisconsin received a federal waiver to make significant changes to BadgerCare in 2014, and one of the conditions of that “demonstration waiver” was that the state would evaluate the effects of the policy changes. A national health policy expert, Sara Rosenbaum, reviewed the planned evaluation and in a blog post last week wrote that the analysis designed by state officials fails to address several of the key aspects of the policy changes being implemented in our state.

On paper, the Wisconsin changes mean that all low-income adults are eligible either for BadgerCare or for subsidized coverage through the new federal Marketplace for private health insurance. For that reason, some argue that there is no “coverage gap” in Wisconsin. On the other hand, critics of the Wisconsin approach argue that there is a large “affordability gap,” because many of the low-income parents who lost their BadgerCare eligibility cannot afford the premiums, copayments and deductibles required for Marketplace plans.

The changes the state made were approved by federal officials through a type of waiver that allows for state experimentation (under Section 1115 of the Medicaid law) to shed light on which approaches are most effective. These types of waivers require evaluations of the effects, and in this case state officials designed an evaluation that will be conducted by the UW Population Health Institute.

Sara Rosenbaum, who directs the Center for Health Services Research at the George Washington University, wrote last week that the Wisconsin evaluation will shed a little light on two particular aspects of the changes – the effects of BadgerCare premiums for a small subset of the affected adults (those in Transitional Medicaid) and the effects of expanding the types of Medicaid services available for childless adults below the poverty level. However, she added that:

To her list of vital questions that the evaluation is not considering, I would add one other set of questions:

Regardless of how the state’s evaluation is designed, outside parties will probably try to answer the questions Rosenbaum raised by analyzing Census Bureau data and comparing how changes in the uninsured rate in Wisconsin compare to the trends in other states. However, outside groups won’t have access to nearly as much data as UW researchers can obtain when they enter into data-sharing agreements with the Department of Health Services.

With that in mind, it’s extremely disappointing that the evaluation that is underway in Wisconsin stops short of trying to answer key questions that would shed more light on whether state officials are right when they argue that there is no “coverage gap” in Wisconsin, or whether critics are right that there is a substantial “affordability gap.”

At a time when the Affordable Care Act and Medicaid eligibility are topics of great interest in Congress and many states, it’s particularly unfortunate that Wisconsin’s evaluation misses the key public policy questions. As Rosenbaum put it:

“Asking these questions about the effects of withdrawing Medicaid coverage from a near-poor population is critical, given the policy interest in letting states lower the Affordable Care Act’s Medicaid upper-eligibility threshold. Getting answers to these questions in advance of a broader policy debate is precisely what Section 1115 was designed to do, so that as policymakers move forward, they can do so with real evidence under their belts.” 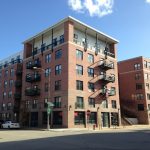