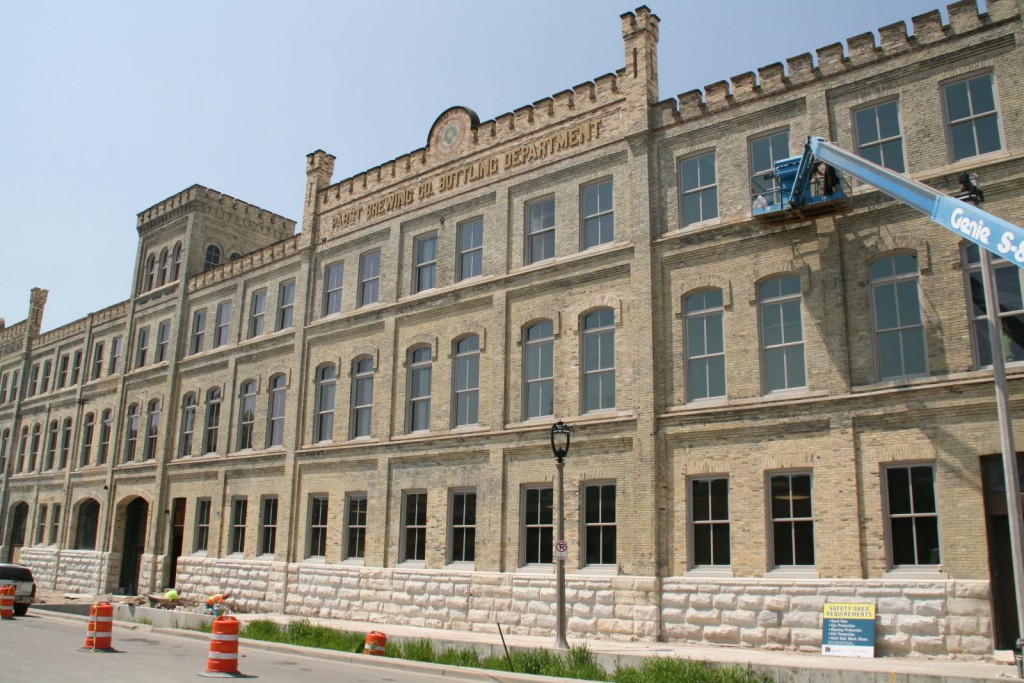 It’s been twenty years since Pabst Brewing called it quits at their Downtown Milwaukee brewery. Ten years ago the complex was still a collection of empty buildings, with papers left strewn about on desks, indicating just how abruptly the brewery closed its doors.

Things are a whole lot different today. Under the guidance of Zilber Ltd., the abandoned brewery has become an active neighborhood with a mix of restored and newly constructed buildings. The broken glass and chain-link fences have been replaced by bioswales and immaculately restored buildings.

From Church to Brewery

The project hit a milestone a few weeks ago, when Zilber Vice President emeritus Mike Mervis made what he said was a final appearance before the city’s Historic Preservation Committee to secure design approval for the building’s last-to-be-redeveloped historic building. That building, originally built as the First German Methodist Church, was last used as a training center by Pabst. Ironically, the brewing giant, under new ownership, is reopening the facility as a micro-brewery for some of their lesser-known recipes.

Construction work is underway with a fall opening planned. Blue Ribbon Management and Zilber are partnering to redevelop the building. For more, see my 2015 article from the project’s announcement.

Another long-anticipated project is underway at The Brewery. Whitestone Realty Capital will convert the former malt house and malt elevator buildings into 118 market-rate apartments. The project, which was originally approved in 2014, has been anticipated for years, with the development team originally proposing it as senior housing.

The buildings date back as far back as 1882 and contain a combined 158,500 square-feet of space. They’re instantly recognizable to many as Building 24 (the malt house) serves as the southern anchor of the gigantic Pabst sign that straddles W. Juneau Ave. Building 25, the malt elevator, is a narrow building that stands between the former church and the significantly larger malt house. Work is underway on both to restore the brick-covered windows and clear out the interior.

For more on this project, see my 2014 article on the project’s approval.

A student housing project is nearly complete on the southern end of The Brewery. The former bottling house (Building 29), built in 1889, is being converted to student apartments known as Eleven25 at Pabst. At 237,000 square-feet it’s no small project, and will include space for up to 400 students when complete. It’s being developed by a partnership between Blue Ribbon Management and Zilber. The project is financed in part by the EB-5 program, which allows foreign nationals to obtain green cards in exchange for job-creating investments in targeted areas. Architecture firm HGA is leading the project’s design under the watchful eye of partner Jim Shields.

When complete the project will include five restaurants and other amenities intended to serve the neighborhood. The building is expected to open in August and is currently accepting applications.

Completing the block, a new park is planned for the space immediately east of the building at the southeast corner of W. Juneau Ave. and N. 10th St. Dubbed Preservation Park, the park will honor the brewery’s history with historical artifacts embedded in 12-inch deep boxes embedded in the ground. Construction is expected to begin this summer. 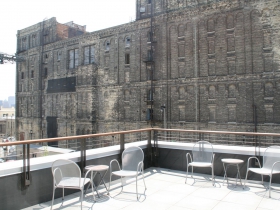 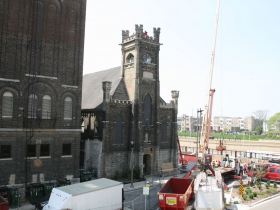 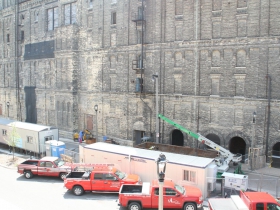 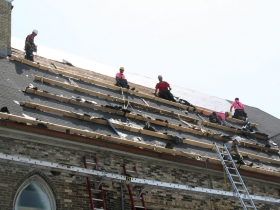 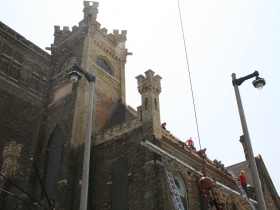 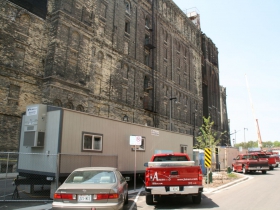 Other Projects at The Brewery

10 thoughts on “Friday Photos: Big Changes at The Brewery”