There’s no official Happy Hour, but Salas Burgers has cheap drinks all the time. 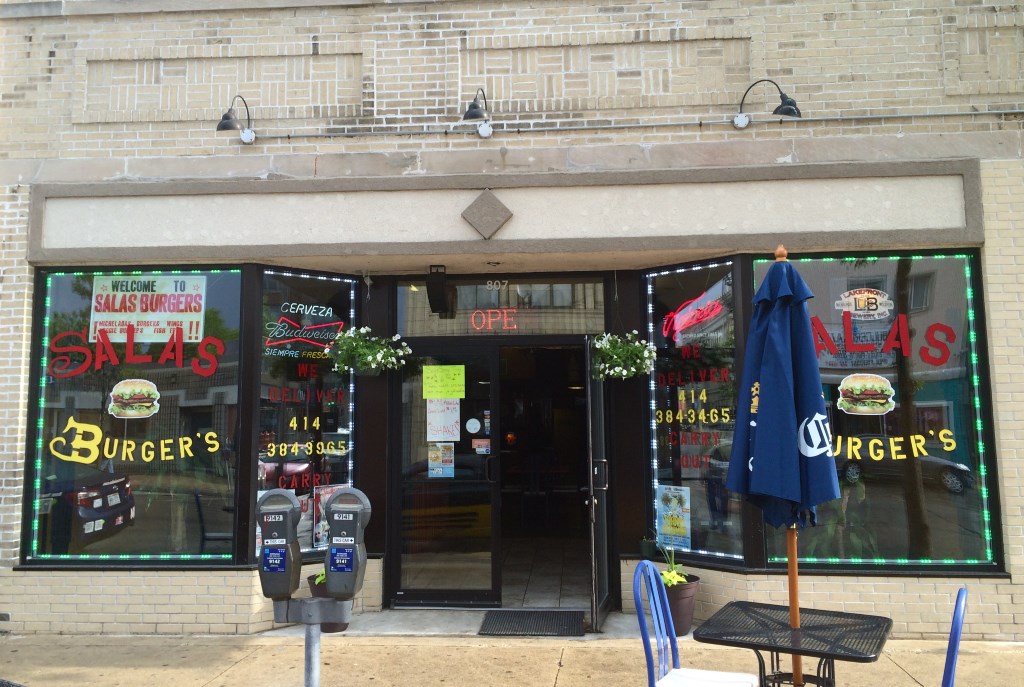 In 2011 the Historic Mitchell Street Business Improvement District made a brilliant decision to resurrect the South Side’s largest street carnival. After 20 years of dormancy, the Sun Fair rose once again, as has the neighborhood around it. Formerly known as the “downtown of the South Side,” Historic Mitchell Street has experienced slow but steady redevelopment over the last decade. Schuster’s and Goldman’s, two iconic department stores from the street’s heyday, are now low-income housing units and the new home of the Gerald L. Ignace Indian Health Center. Also, the gorgeously restored 1920s Modjeska Theatre looks to finally reopen sometime this year.

There really is no place in Milwaukee quite like Historic Mitchell Street. From a Pakistani restaurant to quinceañera shops (dresses and party supplies for a 15-year-old girl’s birthday, a Latin American tradition) to an Australian-owned thrift store to a Mexican bakery, the diversity and vibrancy of the street is unparalleled. In a few years they will add a brand new library. 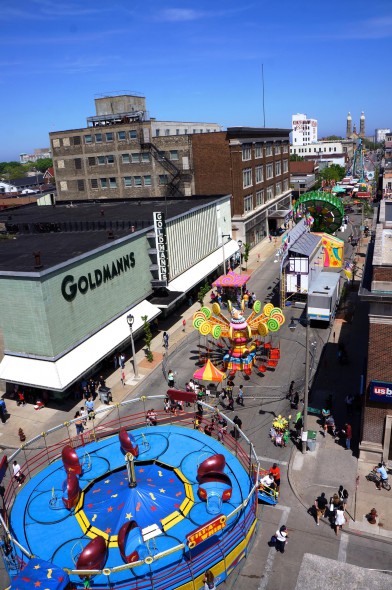 This weekend the Sun Fair will take over a five-block stretch of Mitchell Street with a carnival, games, family-friendly activities, music, general merchandise vendors, food and beverage vendors, including various ethnic cuisines. Last year I lived in the Schuster’s building and the Sun Fair was one of my favorite weekends of 2015, a nostalgic yet lively affair.

Despite all of the attractions, shopping and food on Mitchell Street, the thoroughfare lacks a dedicated bar. However, if you walk just one block south on 9th and Lapham you’ll find one of Milwaukee’s most beloved bars, Bryant’s Cocktail Lounge. There is also the nightclub Casa Vieja on 10th Street and Club 69 on 11th Street, but no true bar on Mitchell Street. That being said, there are a number of places to grab food and drinks on Mitchell, including Salas Burgers (807 W. Historic Mitchell St.).

Gus Salas is originally from Guanajuato, Mexico and has spent many years working in Milwaukee’s kitchens. Like his former co-worker Oscar Castaneda (who opened Oscar’s on 1712 W. Pierce St. in 2011), Gus was a manager at Sobelman’s before venturing out on his own in 2014. But compared to Oscar’s Salas is a bare bones operation. What they have in common is high quality burgers, a craft they honed while at Sobelman’s.

Milwaukee renaissance man and recent author Adam Carr spent almost two years getting to know the people and businesses on Mitchell Street for his 2014 interactive public art project, “Listening to Mitchell.” Last year, he collaborated with local filmmaker Wes Tank and musician Barry Paul Clark on a series of music videos for Clark’s adoptahighway project, much of which was filmed at the Sun Fair. I asked Carr for his thoughts on Salas Burgers.

“I love Salas because it’s delicious and unpretentious. I actually don’t eat meat, but they have a good veggie burger, which you can get with any toppings you like — I prefer the fixings of the “Rancho.” One time, they were out of veggie burgers, which they were really apologetic about, but the kitchen whipped me up some delicious Mexican sopes instead,” said Carr.

“Recently, my brother was visiting from out-of-town and we were looking for a place to eat on a Sunday morning. We went to Oscar’s first, where there was an hour wait for a table. So we drove four minutes to Salas and were seated immediately. We had a long conversation, catching up over our delicious burgers. Afterwards, we took a leisurely walk down Mitchell Street, ducking into Sasta Bazaar, Mitchell Street Menswear, and then Las Palmas, where my brother bought a pair of cowboy boots and a shirt to match (which he’s planning to wear to Burning Man). Part of Salas’ upside is certainly their food, but also the charm of being on Mitchell Street,” added Carr.

Salas does not have an actual happy hour, but they have cheap drinks all the time. Miller Lite and Coors Light are only $1.50 and the rest of their beers (Mexican imports and a couple domestics, plus Spotted Cow and Crispin) are just $3.50. They also carry Sutter Home mini bottles of wine for $5-$6, Southern Comfort, Jack Daniels, Chivas Regal, Buchanan’s, and a half-dozen tequilas for $6-$8.

One of my favorite drinks is the “Michelada,” essentially a bloody mary with beer instead of vodka. Salas’ micheladas can get extravagant, a trait carried over from his time at Sobelman’s. I ordered the basic version (with Modelo Especial), which came in a large mug with a celery stalk, cheese, shrimp, sausage, and a small corn for $8. They also have a big boot version that is about $20 and comes with fried chicken and a cheeseburger!

What Salas lacks in beverage choices they make up for with fantastic food and quick service. After much deliberation I ordered the Spicy Bacon Burger (jalapeño-flavored bacon, chipotle cheese, grilled jalapeños). The cook brought the burger to my table and it turned out to be one of my students at South Division! Gus’ nephew cooked the jalapeño-flavored bacon just right and the heat was perfectly balanced. If you’d like your burger any way other than well done, make sure to speak up. Their most popular burgers are Gus’ Special (chorizo, cheddar cheese, grilled onions, grilled jalapeños and a fried egg), Salas Southwest (bacon, grilled onions, fried lettuce, mango habañero sauce) and the Rancho (lettuce, tomato, queso fresco, avocado). They also have chicken wings, fish, various fried appetizers, and while they’re not on the menu, they will make tacos. Definitely a place worth trying. 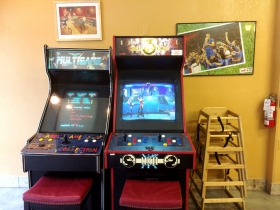 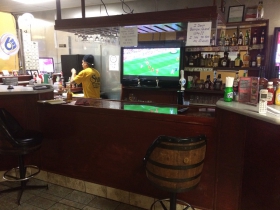 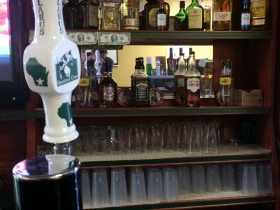 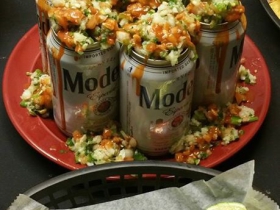 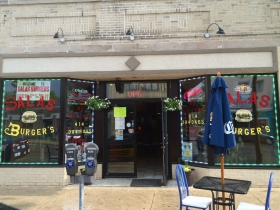 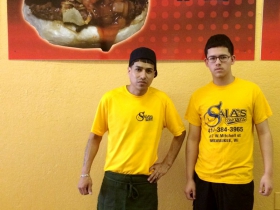 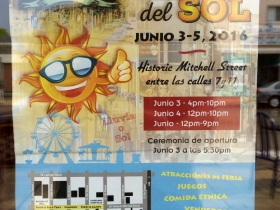 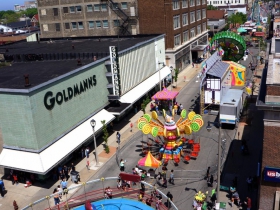 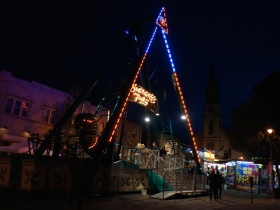