East Side tavern's building from 1880s has unique structure, virgin wood. Why destroy it? 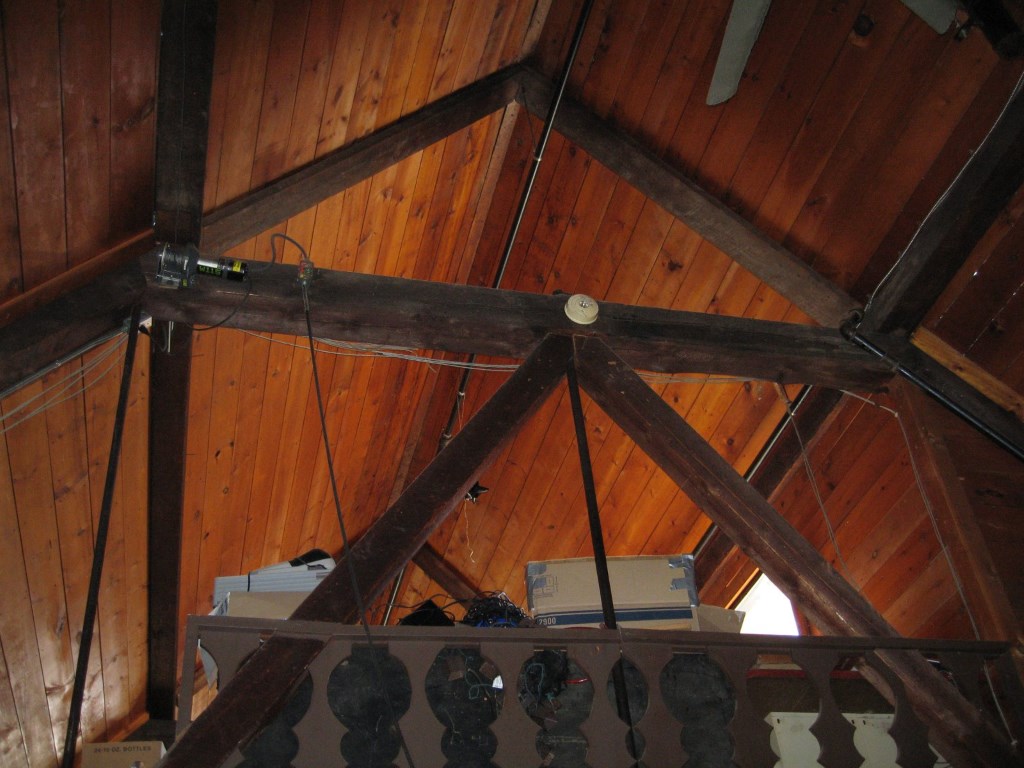 A year and a half ago, the reality TV show Bar Rescue converted an East Side tavern into a ’70s-themed lounge called Nick’s House. [See: Bar Exam: How a “Bar Rescue” Created Nick’s House“.]

In my review, I didn’t take the kitschy redecorating any more seriously than I did the story line of the family drama that the producers were able to wring out of a week’s filming at close quarters.

What I did take very seriously, was the building itself, which dates back more than 125 years.

This month the tavern closed after the property at 1854 E. Kenilworth Pl. was sold to Spectrum Holdings, a real estate investment firm that owns the neighboring parcel at 2201 N. Farwell Ave. that surrounds the former tavern on the east and north. To the west is Beans & Barley.

I dropped in on Nick DePalma, who is still behind the bar, selling off the piles of junk the television producers dumped on him, along with stratified layers of things that males of the DePalma family tend to accumulate without the help of Hollywood.

So what are they planning to do with the building? I asked, thinking of the days gone by when this old 1880’s barn was Frenchy’s Restaurant, Beans and Barley and even a fast-food restaurant.

“They want to tear it down for a sculpture garden,” DePalma said.

Tear this awesome building down for a what?

Not much later I ran across Ald. Nik Kovac in City Hall, who said he is waiting to hear from the owners about “what they plan to do and what we will let them do. But they want to act quickly.”

I contacted Spectrum Holdings, and spoke to Bridget Brengel of the firm. Kenneth F. Brengel, the owner and registered agent of the company was not in, but she volunteered that despite Brengel’s demonstrated interest in old buildings, it was felt this one should be “torn down.” She said it was in sad shape, out of plumb and too expensive to renovate.

I asked if the building was to be demolished or recycled, and she said that that matter has not been determined, nor has the property sale closed at this time.

She said that there will be a BID #20 meeting at the end of the month that would coincide with the closing at which Brengel will present his plans for the removal of the building and the creation of this most unlikely sculpture garden. DePalma also said the meeting would be on May 31st.

However, Jim Plaisted, director of the East Side BID said in an e-mail that “no application has been received” to put the item on its agenda.

A Remarkable Structure — Should it be Saved?

As I mentioned in my review, this is a most remarkable structure. I know no other like it in the city. I inspected the post and beam building’s massive timbers, and they all appeared sound. The bolts that hold the second floor up are still attached to the rods as they have been for 130 years. The floorboards and secondary woods are from the virgin forest, and they could not be duplicated from any tree not growing since Washington‘s time. One floor board of 2-1/4 inches width revealed fully forty years of growth rings.

Unlike our standard balloon frame structures in which walls provide much of the support for the structure, this is a completely different creature. In post-and-beam construction, vertical members — the posts — and horizontal members — the beams — do all of the structural work. The rest is just window dressing. Much like a steel or a concrete building, the walls are merely hung off of the massive wooden timbers. You can literally “tear down the walls,” and the building’s frame would remain standing. Try that with your house.

In fact, the tool to be used to demolish such a structure would be a wrench to unscrew the bolts that hold it together, and not a wrecking ball.

Was Moved Once Before

The building itself was constructed as a barn five blocks to the east in the 1880’s and was relocated to this site by the end of the 19th century. It can certainly withstand another move.

Thus far no permits have been issued to demolish the building. But aldermen in Milwaukee have the authority to put a hold on a demolition request in certain circumstances, including when a site or structure is being considered for Historic designation. According to City Clerk Jim Owczarski‘s website:

“Any person can petition the Historic Preservation Commission for the designation of a site.”[Emphasis added.]

While the application is pending, the alderman can place a temporary hold on any permit for demolition.

“To apply for designation of a site or structure, fill out a Historic Site Designation Application.”

Update 8:40 a.m. May 20: Kovac has now informed us that, according to the City Clerk’s office, an application for a demolition permit has been made by Spectrum Holdings. The expected date of issuance is June 2nd. 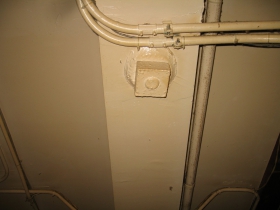 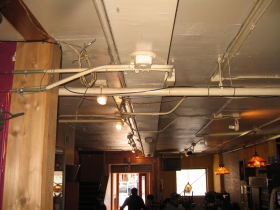 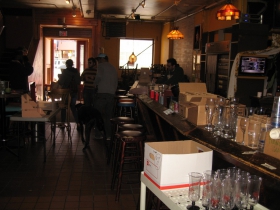 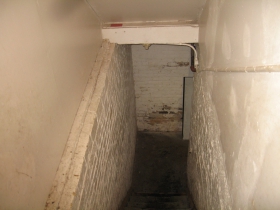 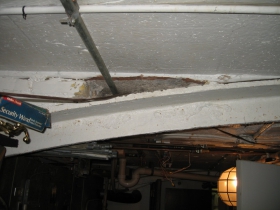 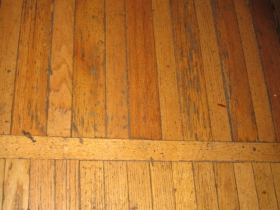