Walker's Point project is another example of new, transit-friendly apartments. 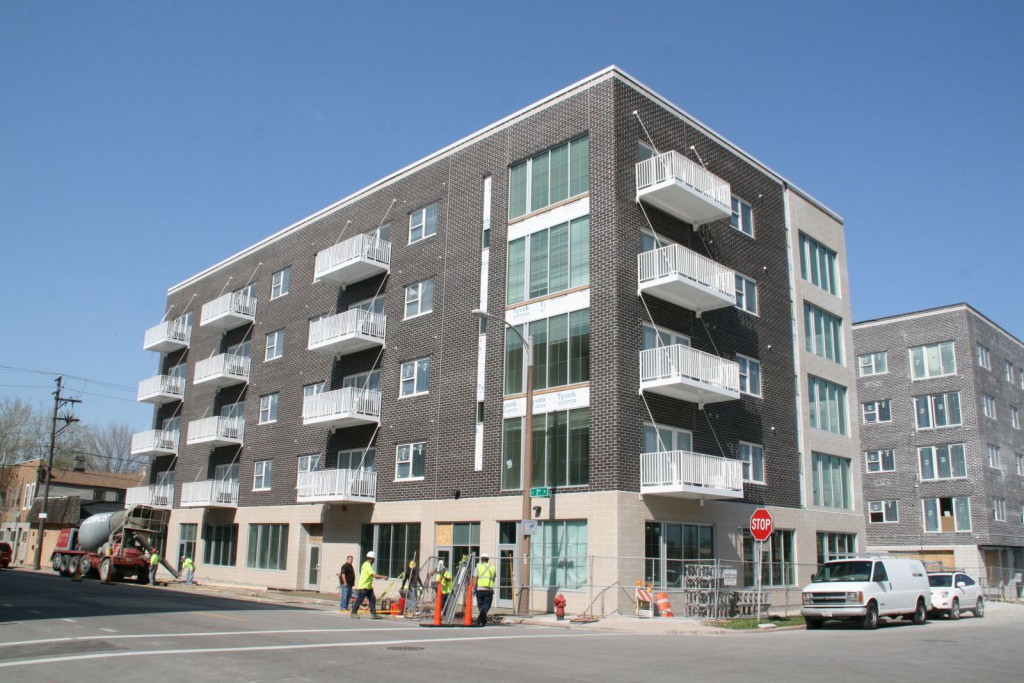 Another week, another Tim Gokhman project for Friday Photos. A short trip south on the MCTS GreenLine brings one from Gokhman’s The Rhythm apartments on the Lower East Side to the construction site at 1029 S. 1st St. in Walker’s Point.

The three-building apartment complex will have studio, one-bedroom and two-bedroom units with an average rent of $1,350. The project, which has an estimated cost of $12.2 million, is being developed by Gokhman along with investors Jim Wiechmann and Michael Sanfelippo. Kindness Architecture is serving as the project architect.

The project site was formerly used by Joe Sanfelippo Cabs Inc. to park taxicabs, but then came Uber, Lyft and taxi deregulation. As we’ve previously reported the change from parking lot to apartment building will conservatively yield local governments a combined $172,000 annually.

Tim Gokhman has indicated the planned streetcar extension to Walker’s Point was one of the reasons he moved forward with the site. Gokhman told my colleague Dave Reid, the streetcar is “consistent with our development philosophy of urban density, walkability, and a lesser reliance on cars in general.” True to his word, the firm he has long been part of, New Land Enterprises, has constructed hundreds of units within blocks of the approved streetcar line and planned future extensions. However, parking won’t be completely eliminated from the site, with the first floor of each building including indoor stalls and a small amount of surface parking. In total, there are 100 spaces planned for the 120 units.

The first building appears to be on track to open this summer, with the others coming online shortly thereafter. Bublr Bikes has plans to install a new station at the site this year. 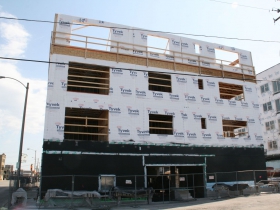 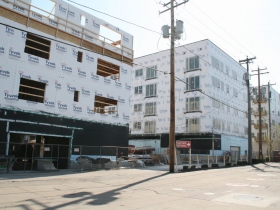 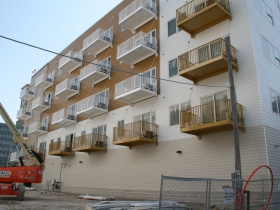 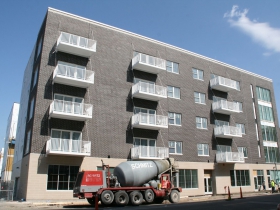 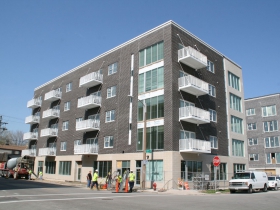 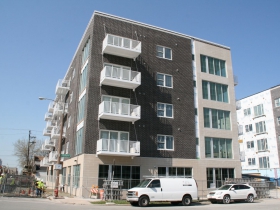 Project investor Jim Wiechmann, who has a lengthy history of backing Gokhman family projects, is moving forward on his planned 13-floor apartment building at 1840 N. Farwell Ave. Snap Fitness gym members who use the parking lot on the proposed building’s site have been notified that they won’t be able to park in the lot starting in early June. Gokhman doesn’t have any public involvement in that project, but New Land Enterprises has their offices in a building that would be demolished for the new apartments. At a neighborhood meeting about the proposed project Wiechmann said he had a “real estate company” interested in occupying the office space in the planned building. Could it be anyone other than New Land? Either way, it looks like we’ll soon be able to take the GreenLine north from Downtown to report on another project.