Deregulating taxicabs will pour at least $172,000 into government coffers annually. 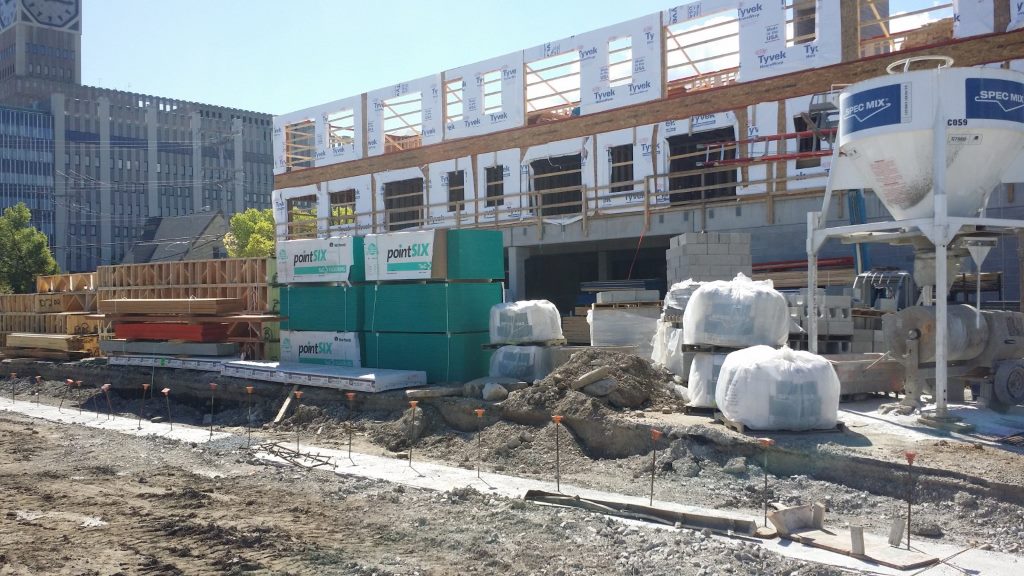 An unintended side effect of deregulating the taxicab industry has been the growth of Walker’s Point. For years, Joe Sanfelippo Cabs Inc. parked taxi cabs on a surface parking lot located just south of the firm’s gas station complex and dispatching office. The lot, 1029 S. 1st St., became available when in 2014 the city repealed the cap on taxi cabs and legalized services like Uber and Lyft. The Sanfelippo’s, who held a near monopoly of taxicab permits in the city, suddenly found themselves with land to spare.

Luckily for them, the value of land in Walker’s Point had surged since then. A big contributing factor was the 2009 redesign of S. 2nd St., something the Sanfelippo’s opposed at the time. The planned Milwaukee Streetcar system was also a factor in luring developer Tim Gokhman to the site, which ironically State Representative Joe Sanfelippo has voted to hinder during his time in the Wisconsin State Assembly. Never-the-less, the Sanfelippo’s were able to sell the 111 stall lot for $1.4 million, quite a bit more than its assessed value of $366,500.

Gokhman’s support of the streetcar should come as no surprise. As he told my colleague Dave Reid, the streetcar is “consistent with our development philosophy of urban density, walkability, and a lesser reliance on cars in general.” True to his word, the firm he has long been part of, New Land Enterprises, has constructed hundreds of units within blocks of the approved streetcar line and planned future extensions. However, parking won’t be completely eliminated from the site, with the first floor of each building including indoor stalls and a small amount of surface parking. In total, there are 100 spaces planned for the 120 units.

The three-building complex will have studio, one-bedroom and two-bedroom units with an average rent of $1,350. With a planned cost of $12.2 million, the project is being developed by Tim Gokhman, with investors Jim Wiechmann and Michael Sanfelippo.

The three buildings will come online in phases in 2016, with the first having a target opening date of March 2016. Construction began in May.

Some quick, back-of-the-envelope math suggests the city is a big winner in this deal. Assuming the final complex is worth even a conservative $50,000/unit, it would have an assessed value of $6,000,000. That would yield an additional $172,329 annually going to local government.

As my colleague said in April “In the end, businesses is up at the Mobil station, there are more transportation options than ever before in Milwaukee, and another surface parking lot is becoming housing. I’ll speculate here, but I don’t think the Common Council, which approved the complete street project on S. 2nd St., lifting of the taxicab cap, and the streetcar, could have asked for more.”

The project is far from the only one Gokhman is involved in at the moment. He’s leading the development of The Rhythm apartments at 1634 N. Water St., recently completed the RowHouse 31 apartments in Riverwest and is building a new house in the Beerline. Kindness Architecture is serving as the project architect on all of the projects.

The development is still unnamed at this point. The land was sold by a Sanfelippo-owned entity called Horner Sod Farms Partnership, but despite that being a throwback to the site’s former use it likely won’t be the complex’s name. What do you suggest? 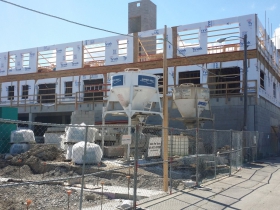 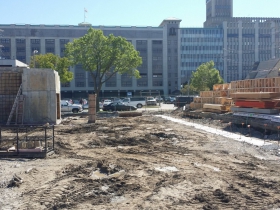 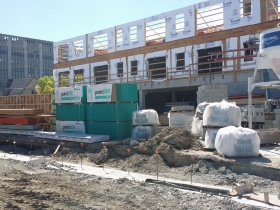 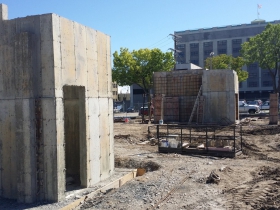 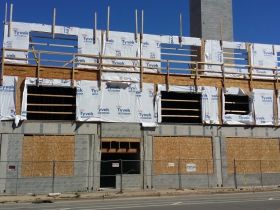 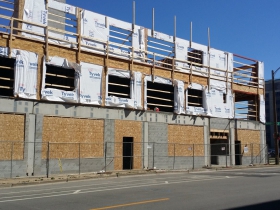