Developer is building on one of the last remaining lots in Beerline B. 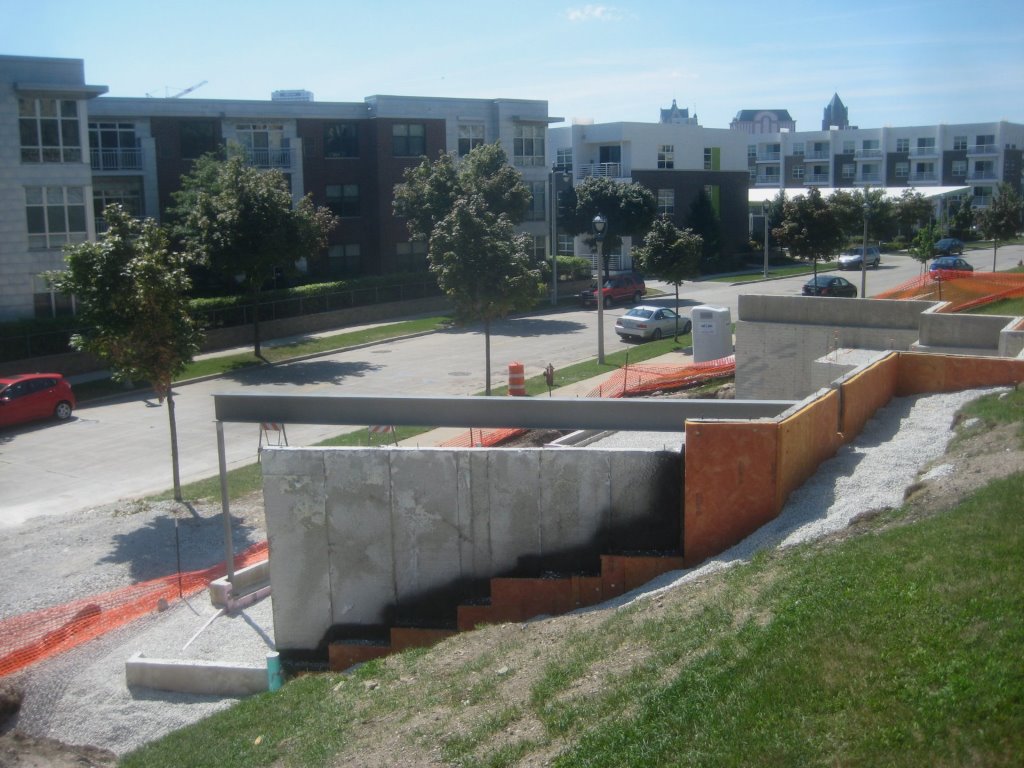 A small lot wedged between N. Commerce St. and a retaining wall below N. Hubbard St., with an E. Vine St. address is being developed as a single family home as the personal residence of developer Tim Gokhman of New Land Enterprises. That might not sound so newsy, but it will be the only free-standing single family residence in the Beer Line “B” neighborhood, and is being constructed on one of the last remaining vacant lots in the district. The house will be located at what is now 301 E. Vine St., but will bear the new address of 1729 N. Commerce St. when complete.

But the lot where Gokham is building is small and might not work for something besides a single family home. That said, the Gokhman residence, designed by Kindness Architecture, does sound pricey, and may do very nicely as the dream home for an urban-oriented developer. It is one of the 16 units in the Crescent Condominiums, a 1.75 acre property that kicked off the redevelopment of the old industrial corridor when the luxury units there were constructed in 2000. The Gokhman parcel is irregularly shaped, and is assessed at $15,900, down from a high of $61,000 in 2006. In addition to the 30-foot wall behind the property, it is bounded by a staircase that leads to the condominiums above, and to the celebrated Wolf Peach restaurant, 1818 N. Hubbard St.

The $476.58 property tax is paid in full and will be much higher when construction is complete.

The renderings for the building, where Gokhman, his wife and infant daughter will live,  show a three-level structure clad in stucco and wood, and looking nothing at all like its conventional neighbors perched above the retaining wall. The building is to be wood-framed, with a poured masonry foundation at grade. The lower level will include a three-car garage and a “Flex Room,” with an attached full bath. The second floor, 19 steps up, will include an open-concept kitchen, a half-bath, a fireplace, living room, study nook, pantry and porch. The bedrooms would be on the top floor of the structure, reached by 20 risers. That’s a lot of stair climbing!

The dwelling makes the most of its site, which includes an excellent view of downtown. The architects have taken advantage of this by including numerous large windows and jutting bays in the home, which will rise 34 feet and occupy a footprint of about 1,500 feet. Neighboring condos range from 2,000 to 2,750 square feet and are assessed at about $400,000, but some observers expect the Gokhman residence to exceed that valuation due to its highly customized nature and apparent high quality materials. The building had been subject to public discussion at a meeting of the Redevelopment Authority of the City of Milwaukee or RACM, which has jurisdiction over development in the Beer Line “B” neighborhood.

The item was discussed at the June 18th meeting of RACM. At the meeting, it was explained that New Land kept ownership of the small strip of land in 1999 when the condos were developed by the company on property conveyed by the Authority to New Land. [Milwaukee County Register of Deeds Document 7761458.] At the meeting, Greg Patin of the Planning Division of the Department of City Development said the property was the “last opportunity” to develop land in and around Commerce St. in the district. In response to a question by Commissioner Ald. Willie Wade, about the project’s greenspace, Gokhman said “a yard is contemplated in a future phase” of the development. Patin assured the commissioners that any “significant landscaping would have to come back to the Authority” for its approval.

The commission voted 6-0 to approve the construction, and issued Resolution 10562 on the matter.

Under RACM resolution 8156, adopted on May 3rd, 1999, which established a Master Plan for the “Beer Line ‘B,'” the authority must approve any design element that does not conform to the master plan for a building permit to be issued.

In this instance, the building has garage doors facing the street, and a main floor not located at grade. These are generally forbidden under the Master Plan, but are acceptable due to the “atypical shape and grading” of the subject property, the commissioners ruled. With the exception of these two elements, the building must be developed in conformance with the guidelines for the neighborhood. 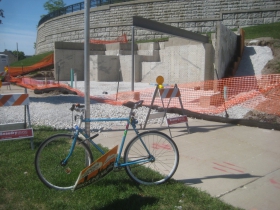 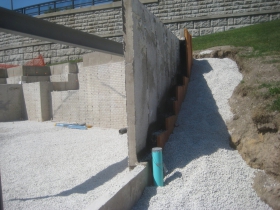 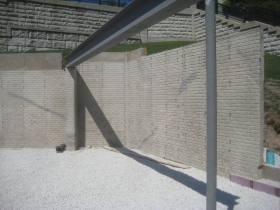 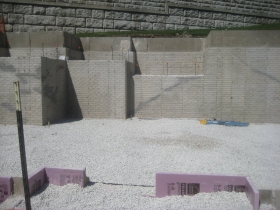 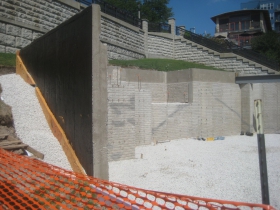 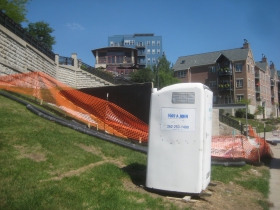 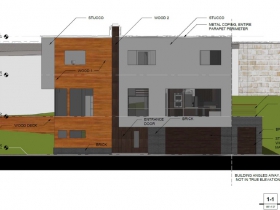 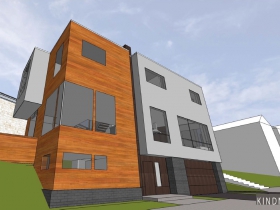 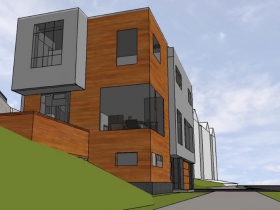 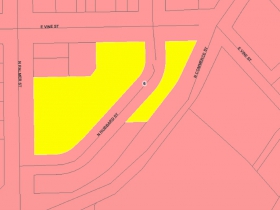 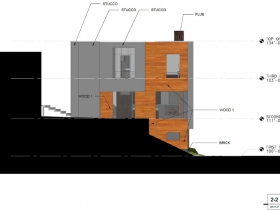 Treats Bar on the Auction Block

The Internal Revenue Service will auction two Milwaukee buildings at City Hall on September 23rd at 10:00 a.m. The parcels, to be sold together, are at 2425-27 N. Dousman St., a two-family residence that was previously Smoky’s tavern, and the building at 2221 N. Humboldt Ave. that formerly housed Treat’s. “Great location,” says the notice of sale about Treat’s. [See Michael Horne: “Last Call for Treats,” Urban Milwaukee Bar Exam January, 2015.]

The properties formerly belonged to Mark Smukalla, who died April 10th, 2014 at the Dousman St. address, where he lived. At the time of his death, Smukalla faced many tax liens and other judgments from the state, the city, and the IRS. State tax warrants alone totaled over $100,000.

The IRS asks for a minimum bid of $58,398.76 for the combined properties. The Humboldt property has a city delinquent tax of $9,004 and the Dousman property has a city delinquent tax of $3,837. The successful purchaser must satisfy these and other encumbrances that are senior to that of the IRS, in the amount of about $50,000. This will likely not leave much in the estate for Smukalla’s heirs.

After his death, Smukalla’s estate faced a claim of $6,659.43 filed by Suminski Funeral Homes. The estate was transferred from Informal Administration to Formal Administration earlier this month, and the funeral home’s president Edward J. Suminski has been appointed personal representative for the estate after posting a $60,000 bond. The final date to file claims against the estate is September 4th, and the estate inventory must be filed by February 4th, 2016.