College Ave., Court St., Pittsburgh Ave. and other names are for something gone -- or never there. 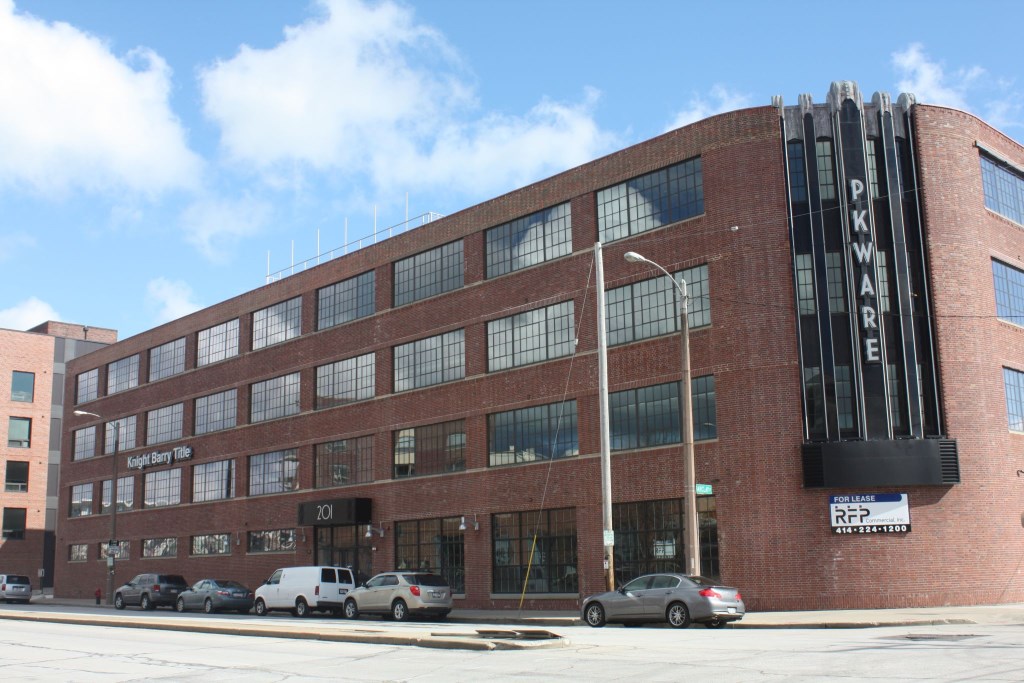 Milwaukeeans who do not know where E. Polk Street is will have a pretty good idea of its location now that the street is getting a new name – E. Summerfest Place. It is not unusual for streets to be named for nearby features. Lake Drive, Water Street, and Harbor Drive are examples of streets named for natural features, while Miller Park Way, Art Museum Drive, and Water Tower Road are named for man-made structures.

In these cases, the street names help us find our way to a destination, but other streets named for a landmark aren’t so helpful because the features have been renamed or have passed out of existence. And in two instances, streets were named for focal points that were unfulfilled dreams and never existed at all.

East Pittsburgh Avenue was known as Lake Street until 1926. The Walker’s Point street was not named for the Pennsylvania city but for the Pittsburgh Plate Glass Company, located at 201 E. Pittsburgh Avenue. The company replaced its original building with its new Enamel Plant at that address in 1937. The Art Moderne style structure is listed on the National Register of Historic Places but Pittsburgh Plate Glass moved out of the area some time ago. Signs on the building indicate that it now houses Knight-Barry Title and PKWARE, as well as other offices and commercial services.

There is no longer a mill on the North Side’s Mill Road. Ver Bryck’s Mill, established in the early 1840s, was on the west end of Mill Road where it crosses the Menomonee River. The mill used waterpower to grind grain and saw wood, services that were vital to farmers in the area, but which have not been necessary since the 19th century.

The Menomonee River Valley‘s St. Paul Avenue is the namesake of the Chicago, Milwaukee, and St. Paul Railroad, which was called the St. Paul Road before it was known as the Milwaukee Road. The original portion of the street ran along the St. Paul RR tracks. The company was a major employer in the city for many decades, but has been out of business for 30 years.

In 1835, Kilbourntown and Juneautown, on opposite sides of the Milwaukee River, were both vying for the businesses and settlers that came to town. Milwaukee County needed a courthouse and a new facility would attract significant traffic and give a certain legitimacy and prestige to the winning village. Both communities were willing to do whatever they could to have the building on their side of the river.

Byron Kilbourn offered a piece of land on the west side for the new structure and named the street along it Court Street. But the land between W. Court and W. Galena Streets on N. Martin L. King Jr. Drive never held the courthouse. Solomon Juneau and Morgan Martin donated what is now known as Cathedral Square on the east side for the new building, which was erected there in 1836. The second courthouse was also constructed on what was then called Courthouse Square. The third, and current, courthouse was finally built in Kilbourntown in 1931. But Court Street was rebuffed again, this time for the current Kilbourn Avenue location. The Golda Meir School, built in 1890, stands where Kilbourn’s hoped-for courthouse never did.

Another street that was named for something that did not materialize was College Avenue. In 1893, Downer College planned to move to the north end of what is now Grant Park. A railway station was placed where the Chicago and Northwestern tracks crossed Town Line Road, the street that would take students to and from the college. But Downer College ultimately decided to build on the North Side, forming the core of the current UW-Milwaukee campus. The railway station, with no traffic, was turned into a private residence. But the street name stuck, and Town Line Road, without the benefit of a college, became known as College Avenue. (Milwaukee Area Technical College opened its Oak Creek campus south of College Avenue 83 years later).

In the late 1890s, car ferries began transporting, not automobiles, but railroad freight cars across Lake Michigan. The freight cars were loaded with products destined for points east and were able to avoid the congested yards in Chicago by being ferried to Michigan and then continuing the journey by rail. Later ferries carried both passengers and automobiles. South Carferry Drive was named in 1957, but by the 1980s all ferry traffic from Milwaukee ceased. So the name seemed out of place until 2004, when the Lake Express began carrying passengers and their cars across the lake and again gave meaning to the name Carferry Drive.

With the naming of E. Summerfest Place, the city no longer honors with street signs the name of the country’s eleventh president, James Knox Polk (1795-1849). Polk, a Democrat, is considered one of the nation’s best presidents and the only one to have served as Speaker of the House of Representatives. He also accomplished something no other president has; he met every major domestic and foreign goal that he said he would when he campaigned for the Oval Office. Another promise he made was that he would seek only one term in office and he kept his word. Polk died three months after leaving office in 1849. The Common Council named Polk Street in 1856.

Streets Named for a Landmark 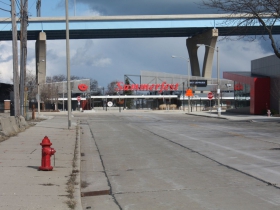 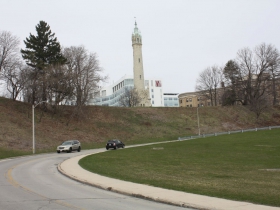 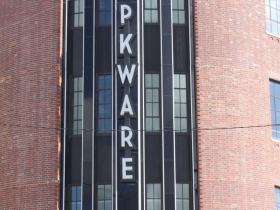 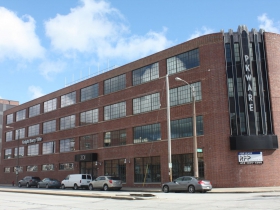 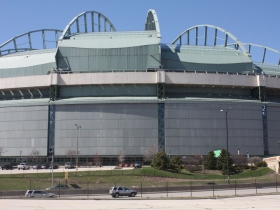 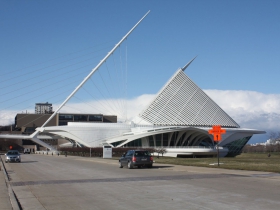