The many surprises and oddities including thousands who skipped voting in local races. 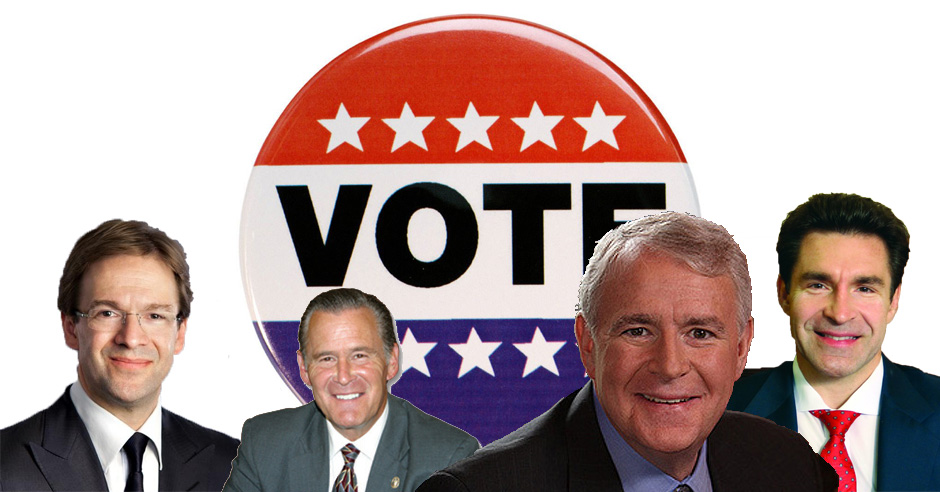 Wow. What a day, what a night, what an election. Even when I predicted the April election to be insane I didn’t quite expect this.

For the past week the entire country put its focus on Wisconsin’s presidential primary. Mailers, billboards, emails, television ads, radio ads, banner ads, text messages, phone calls, bus stop signs, flyers, airplane sky messages, you name it and some candidate probably used it. The steamroller that is the presidential primary process dominated the discussion, leaving even the high-profile Wisconsin Supreme Court race as a lowly undercard. Things got so out of hand that a brewery was even converted to a TV studio for the past week.

On a local level, what did we see?

In January I predicted incumbent mayor Tom Barrett would beat Bob Donovan with 65 percent of the vote. After watching Barrett fail to get a majority of the votes in the February primary, I wondered how I could be so far off. Then I flipped on the TV to watch one of the mayoral debates and realized my prediction looked safe.

I turned on just in time to see Barrett read a Donovan press release verbatim and Donovan deny they were his words in Donald Trump-like fashion. Attacking the mayor, Donovan lambasted the state of property taxes in Milwaukee saying the only reason his property taxes went down was because of a falling assessment. Barrett noted that wasn’t true, his team checked and Donovan’s assessment was up. Instead of changing the topic, adjusting the time frame, or, you know, doing anything to make it seem like he was still right, Donovan simply thanked the mayor for the correction, shook his hand (mid-debate) and laughed when the mayor said “April 5th, I’d love to have your vote.”

2. Craig Peterson and Team Struck Out

Much was made in the past week of GOP political operative and River Hills resident Craig Peterson and his ironically named group Milwaukeeans for Self-Governance and the work he was doing to back a slate of candidate aimed at shaking up City Hall. Their single unifying message was opposition to the streetcar, to which they apparently didn’t find enough takers. Most notably Chris Wiken failed to unseat incumbent Terry Witkowski on the city’s far south side. Other notable Peterson-backed candidates that failed to unseat incumbents were aldermanic candidates Monique Kelly, Shannan Hayden and mayoral candidates Joe Davis and Donovan. A couple members of Team Peterson held on to their council seats, including Mark Borkowski and Donovan. Is Tony Zielinski on the team? Not certain.

But Peterson is far from though. He already has his eyes set on Milwaukee County District Attorney John Chisholm and is promoting the campaign of Verona Swanigan. Peterson should have an easier time in that race, starting with the fact he’ll be able to vote in it. The DA is elected at the county level, which includes the far more conservative suburbs.

3. Chris Abele Spent $25 for Every Vote He Received

Milwaukee County Executive Chris Abele, who bills himself as a socially liberal, fiscal conservative, was anything but as a candidate. He spent over $4 million for a job that will pay a total for $516,000 over the next four years. That’s $8 for every $1 he will be paid by the county and $25 for each of the 156,524 votes he received.

At this point Milwaukee County residents (and their recycling bins) are so sick of the Chris Larson vs Chris Abele debate that I won’t dwell on this topic for too long.

My election math suggested Larson needed to win the city and then not got crushed in the suburbs. That went exactly according to plan in the February primary, with Larson winning the primary by over 500 votes. But yesterday, Larson actually lost the city by almost 1,000 votes, and the suburbs added to the deficit.

The surprise of the night was in Bay View. I had assumed Tony Zielinski would hold onto his seat given that he has a large war chest built from his post as head of the Licenses Committee, years of built-up name recognition and an impressive ability to pick up endorsements from labor groups. Still, former school board member Meagan Holman couldn’t even garner one-third of the vote, getting way less than I expected. Holman actually picked up nearly 1,000 votes more than 2012 Zielinski-challenger Jan Pierce, but Zielinski gained over 4,000 in that same period. Call it the Bernie Sanders effect.

5. Puente is only Common Council Incumbent to Lose

Congratulations to Chantia Lewis, who defeated incumbent alderman Robert Puente. Puente was probably best known at City Hall for not actually being there. He also represents an emerging trend where a single incumbent on the council loses their seat during each cycle. In 2012 it was funeral director Jim Witkowiak falling to Jose Perez. In 2008 it was jailed incumbent Michael McGee, Jr. losing to Milele Coggs. I guess it doesn’t help to be known for not spending a lot of time at your desk when reelection rolls around.

The election of Lewis could have major ramifications for the Milwaukee Common Council. Puente, who is Hispanic, represented a majority black district. The election of Lewis, who is black, creates a more substantial voting block of black council members (Coggs, Ashanti Hamilton, Russell Stamper II and newcomers Chevy Johnson and Khalif Rainey). Lewis will also hold the distinction of being the only military veteran on the council.

The atmosphere at McKieran’s went from bad to truly alarmed last night. With over 80 percent of votes tallied, Donovan was only winning his aldermanic race by 72 votes over Justin Bielinski. Donovan would eventually pull it out, with unofficial results from the Milwaukee Election Commission giving him a 158-vote win. That’s a small margin, but get this, 965 ballots were submitted that simply declined to vote in that race. Did voters think they couldn’t vote for Donovan twice? Did they fail to flip over the ballot? More on this undervoting trend in a minute, but first a word on Donovan’s challenger.

Despite the outcome, Bielinski ran an admirable campaign. He lacked the name recognition or campaign war chest that Donovan has. The buzz leading into election day was that Bielinski, a newcomer to Milwaukee politics, had knocked on every door in the district multiple times and had a good shot. With that kind of drive and determination, expect to hear more from Justin Bielinski in the future.

7. Many Voters Didn’t Fill Out Their Whole Ballot

Under-voting is when a voter simply fails to vote for certain races. It’s perfectly legal. It’s also perfectly rational that with a huge turnout due to the presidential primary, many voters simply declined to vote in the down-ballot elections. Further complicating things, the Common Council races were on the back of the ballot.

In six out of the 14 contested aldermanic districts, the number of under votes exceeded the margin of victory. Wow.

8. The County Board Looked Irrelevant

Did you know that your representative on the Milwaukee County Board of Supervisors would appear on the ballot? You’re forgiven if you didn’t. In only a few cases were there actually contested races. The incoming county board will find their pay reduced to part-time and their decision-making authority reduced as well. That clearly had an impact on interest as only a few races were contested and a number of supervisors headed for greener pastures (led by Khalif Rainey, who made the jump to Milwaukee Common Council). Still, it’s one thing for an incumbent to run unopposed; this race actually had two open seats won by candidates, Sheldon Wasserman and Sequanna Taylor, who had no challengers.

How will the Republican Presidential nominee carry Wisconsin in November? According to Representative Glenn Grothman (R – WI), who has been known to speak his mind regardless of how outrageous his views, the state’s new voter identification law will play a big part. I have to hand it to Grothman, he actually said what we all know, but a Republican politician never admits: Voter identification requirements aren’t about stopping fraud, they’re about making it more difficult for likely Democratic voters.

Turnout among registered voters in the city was 53 percent, rising to 58 percent for Milwaukee County. While high, especially compared to the April 2012 election, it still shows nearly half of people already registered to vote simply couldn’t be bothered to head to the polls. While your Facebook feed was filled with “I Voted” sticker selfies yesterday, half your friends still didn’t make it to the polls.

Curious who those people are? Use the My Vote Wisconsin voter database to find your friends’ voting records. But here’s a tip: don’t send them a postcard telling them that you checked on their voting record. The Abele campaign sure ruffled some feathers doing just that.