Who Gets Biggest Piece of the Pie?

Five pie charts show the increase in inequality and poverty in Wisconsin.

By Tamarine Cornelius, Wisconsin Budget Project - Mar 14th, 2016 01:02 pm
Get a daily rundown of the top stories on Urban Milwaukee 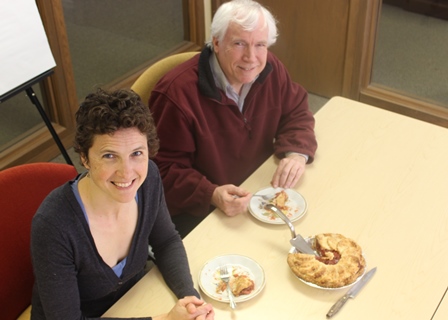 The best way to celebrate Pi Day is – news flash! – to eat some pie.

The second best way of observing Pi Day is to enjoy some delicious pie charts. Sure, pie charts don’t go as well with ice cream as the real thing, but they’re still enjoyable.

Here are five pie charts that tell the story of poverty and economic hardship in Wisconsin, and how the share of the pie that goes to the middle class is shrinking.

Pie Chart #1: Highest earners capture nearly all of the income growth in Wisconsin 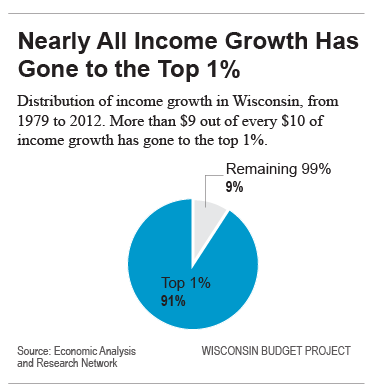 Nearly All Income Growth Has Gone to the Top 1%

Wisconsin families and businesses can’t thrive when income growth is nearly non-existent for everyone except for those at the very top. The share of income in Wisconsin going to the top 1% is at its highest level ever, widening the chasm between the very highest earners and everyone else, and posing  a hardship for Wisconsin’s families, communities, and businesses.

Pie Chart #2: Jobs that pay family-supporting wages are disappearing, and being replaced by jobs that pay much less 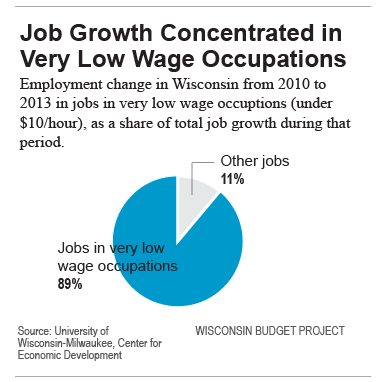 Most of the job growth in Wisconsin and elsewhere has been among jobs that don’t pay very much. That trend makes it hard for people to work their way out of poverty and to support their families. 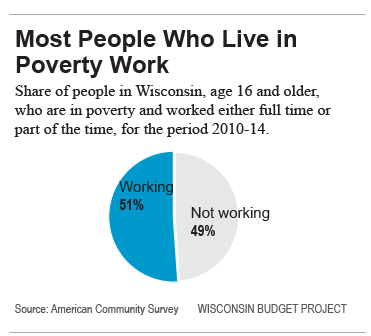 Most People Who Live in Poverty Work

More than half of Wisconsin adults in poverty worked, but didn’t earn enough money to pull themselves out of poverty.

Pie Chart #4: Most black children in Wisconsin live in poverty 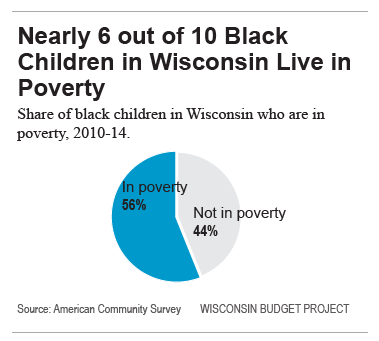 Pie Chart #5: Increasing the minimum wage could give an economic boost to many families 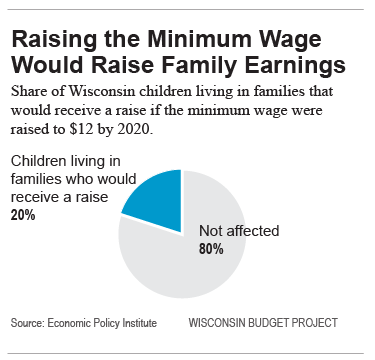 Raising the minimum wage won’t solve all our economic problems, but it would give a raise to many families who are struggling to make ends meet. Increasing the minimum wage to $12 an hour would raise the family incomes for 1 in 5 Wisconsin children, or more than a quarter of a million children across the state.

6 thoughts on “Wisconsin Budget: Who Gets Biggest Piece of the Pie?”