How to Renovate a Masterpiece 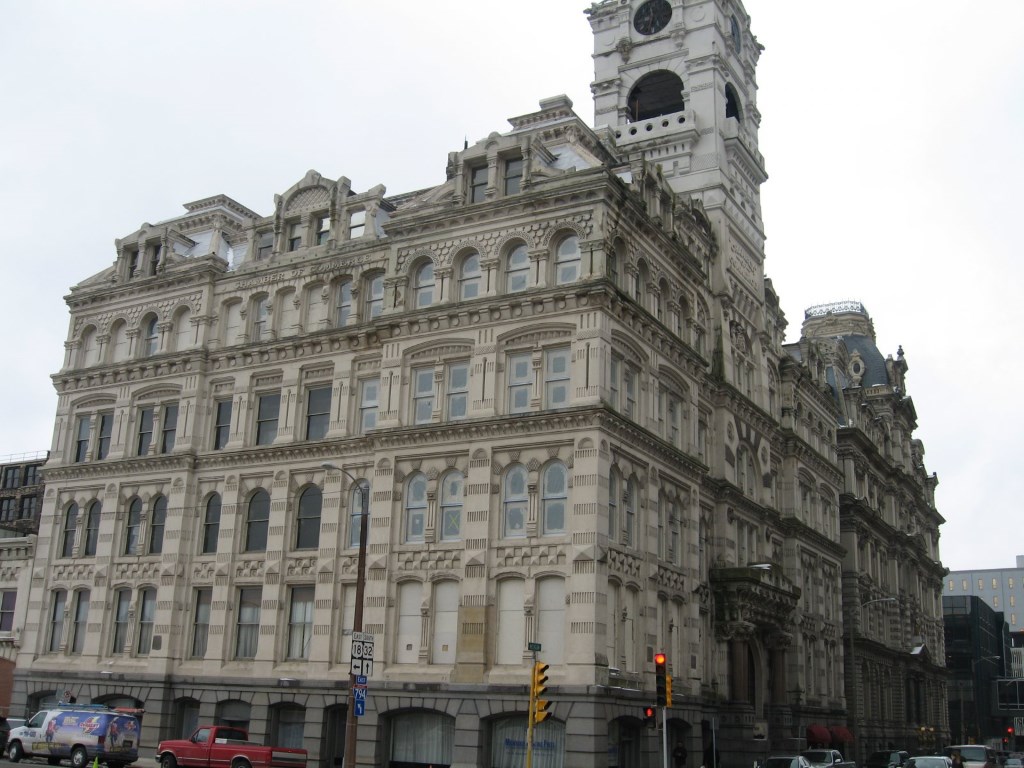 Evidence of the interior construction is visible from the outside of the Mackie Building. Photo by Michael Horne.

Add Safecracker to the list of duties of Josh Jeffers, the Developer, Owner and Project Manager of the Mackie Building, 225 E. Michigan St. The six story, 55,000-square-foot, 1879 Beaux Arts masterpiece by Edward Townsend Mix is being substantially rehabilitated for a $10 million conversion to office space and 25 apartments.

Right now, the interior is down to the studs, and the aged mechanical systems have been scrapped, awaiting new replacements. That’s where the safes come in — or rather, where they go out. The building was constructed with stacked walk-in safes of massive construction. Renovation architect Falamak Nourzad of Continuum Architects + Planners figured the safes, due to their vertical configuration, would serve as excellent chaseways for the building’s new wiring and telecommunications systems.

As a result, the safes are now gone, creating a shaft that runs nearly through the entire six-story building. The jagged outline of the concrete floors of the former safes can be seen where they still cling to the walls, while the sturdy iron door frames remain. The fourth floor’s safe floor is still being removed by workers.

Elsewhere, another building gap much larger than a walk-in safe spans many floors, where a second stairway is being added for fire code reasons. Watch your step! On the second floor, metal studs are getting framed in at the new offices of the Daily Reporter. The existing coved ceilings will be retained, as they will wherever possible throughout the building. Original windows have been reglazed, primed, and returned to their places, while others await their placement in a storage area.

A studio apartment will feature an arched window as its primary architectural component. Others are as large as two bedrooms. The plumbing stacks are just now making their appearance. In some rooms, sturdy Cream City Brick walls have been breached, while 21st century I-beams and concrete blocks support the structure above. Most of the floors are first-growth maple, a rare wood no longer found in the forest, but only in landfills and old buildings like this. As much as possible, which is considerable, will be preserved. For the most part the maple floors have kept well over 13 decades, covered most of the time by cheap floor tile and tacky office carpeting.

One area shows the exposed fireproofing original to the building’s floors. Beneath the maple, and laid at right angles, is a layer of fire-resistant white oak. That covers a plaster, lath and brick layer beneath, packed in between the rafters.

The ceilings are 15 feet here, or about one third the height of those in the Grain Exchange Room which lies to the west. Clerestory windows, long obscured and found above the ceiling of the great ballroom, will be restored. Their existence only came to light during demolition, owner Jeffers says, giving us one reason why remodeling is always more expensive than new construction. On the third floor workers were busting out some marble flooring that cannot be salvaged. Old plaster walls show years of painting, repainting, evidence of leaks from the Mansard roof, and the occasional patch of truly horrible office wallpaper circa 1955.

The project has required some relocations within the building. For one thing, Jeffers temporarily moved his office, located directly above the Swingin’ Door, to the Mitchell Building, which he also owns. The Bartolotta Group, which operates the Grain Exchange Room, has been obliged to store much of its catering equipment in ad hoc space on the third floor. The Swingin’ Door, which will eventually lose its famous safe to the wiring project, remains open, as does the Grain Exchange Room, a popular site for events.

The project includes work to restore the building’s four-faced clock, and an original bell there that has not rung in at least a half-century, Jeffers says.

Jeffers bought the building in November, 2014, and projects a finishing date of December, 2016. Contractor Dennis Barthenheier, who also worked on the Mitchell Building, has taken out a $2.5 million permit for his scope of work, which includes the restoration of the building’s rotting wood piling foundation system. The Consulting Engineer is GRAEF. The project relied on a complex package of financing, including Historic Tax Credits, funding from the Wisconsin Housing and Economic Development Authority and Milwaukee Economic Development, plus city Tax Incremental District funds along with equity financing, and a bank loan headed by Cornerstone Community Bank.

What Floor Are We On?

The Mackie Building has a European floor numbering system in which the street level spaces are on the ground floor, or “G”, in elevator button terms. Floors only get numbers above that level, meaning the second floor, as we would call it, is denominated as “1.” And so on, until the sixth floor, which of course is called “5.” The first floor elevator button includes a little star, which is usually the symbol for the lobby, but that is not the case here.

Jeffers says the numbering system will not survive the remodeling. Despite its Continental quaintness, the system leads to confusion, he says, particularly in a residential building. Also, he said the Fire Department counselled him that a more conventional numbering system would better provide for public safety. 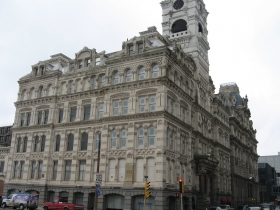 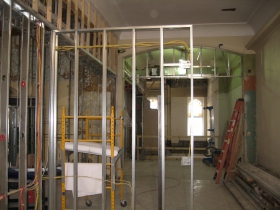 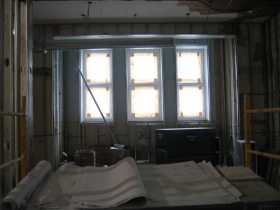 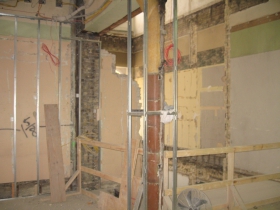 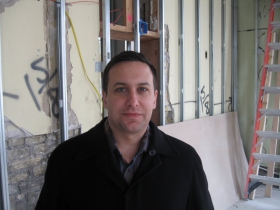 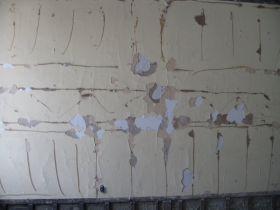 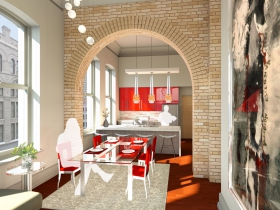 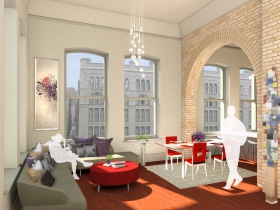 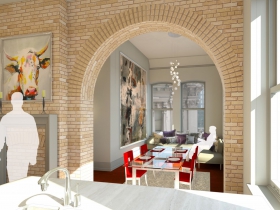 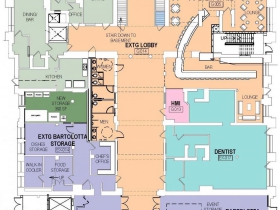 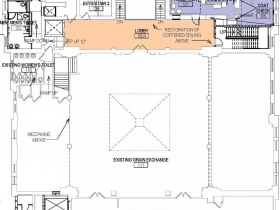 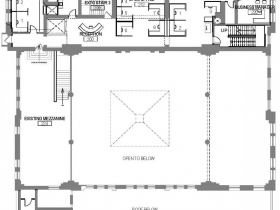 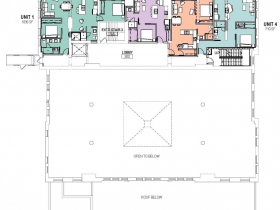 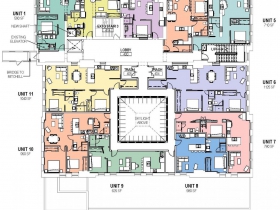 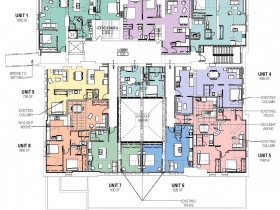 4 thoughts on “Friday Photos: How to Renovate a Masterpiece”