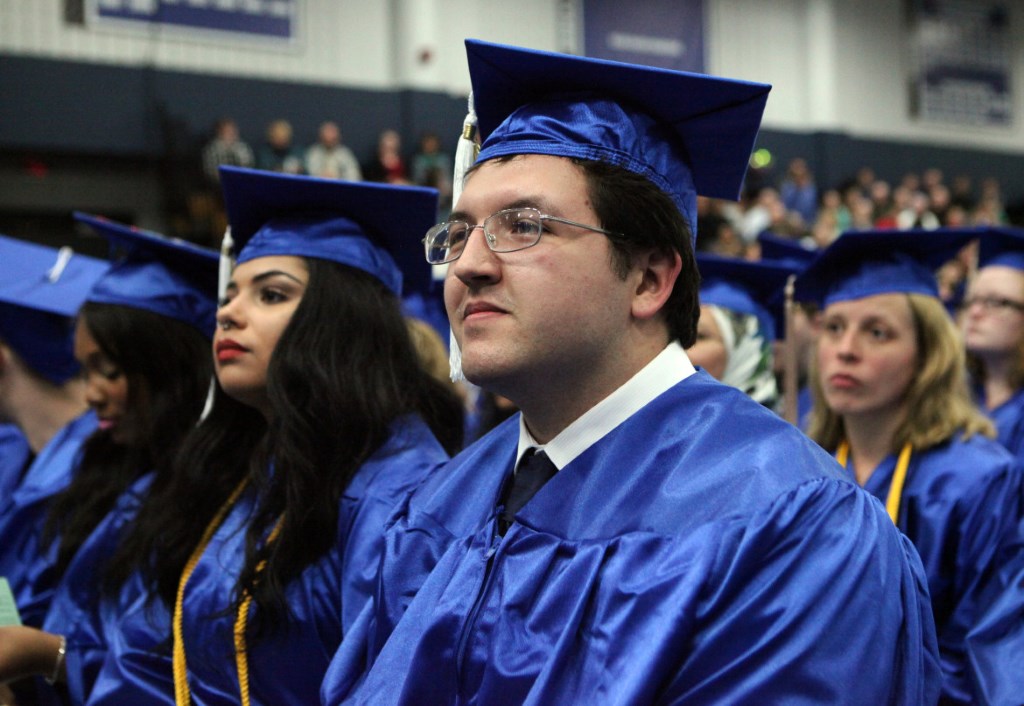 Ien Roder-Guzman, 24, recently graduated with a two-year liberal arts degree from Madison College. He credits the learning center at Packer Townhouses with encouraging him to continue his education. Photo by Coburn Dukehart of the Wisconsin Center for Investigative Journalism.

As a single mother living in poverty in a city known for its weak record of educating students of color, Kanesha Wingo realized her odds of finding success were slim. But with help from a learning center in her apartment complex, Wingo completed her college education, creating a foundation for herself and young daughter.

Wingo, 28, earned a bachelor’s degree in psychology, sociology and religious studies from Alverno College in 2013 and recently earned a master’s degree in business administration from Cardinal Stritch University. Wingo earned both degrees from the Milwaukee schools with the help of scholarships through the community learning center.

Wingo said she believes education is the key to avoiding “that stereotype, that statistic that I was kind of born into” — a young black woman living in low-income housing.

Experts say centers like the one at the neighboring Greentree and Teutonia apartment complexes in Milwaukee where Wingo lived offer a promising method, developed over the past two decades, of shrinking academic achievement gaps. 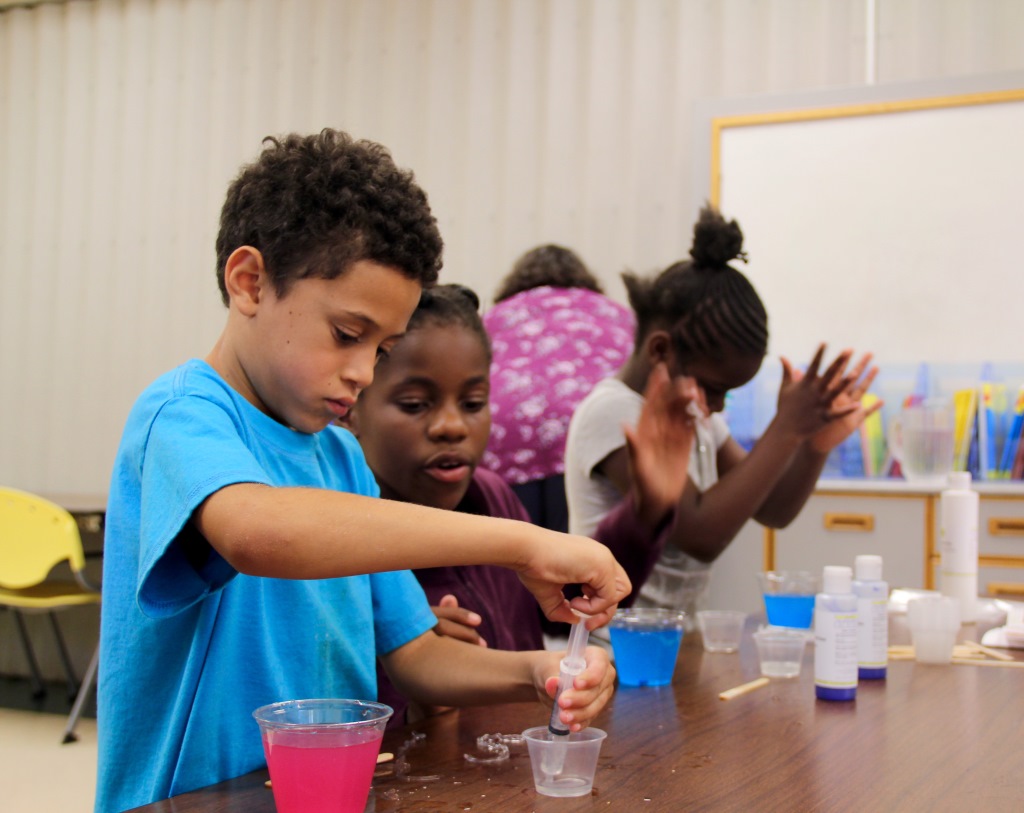 Greentree and Teutonia are two of six low-income housing sites run by Carmen Porco, an executive at the nonprofit Housing Ministries of American Baptists in Wisconsin. These properties, in addition to Northport Apartments and Packer Townhouses in Madison, are available through the national rental assistance program, commonly known as Section 8.

Under this housing voucher program, rent is based on ability to pay. This ensures residents can still afford monthly payments, even if they have been laid off, take a job with lower pay or have to cut work hours.

The group’s properties provide numerous services to the low-income residents, including child care, family literacy classes and after-school tutoring for residents of all ages. College scholarships for up to $1,500 each semester are also provided through the sites.

Funding for the programming and scholarships is generated on site from tenants’ rent, Porco said. The Northport learning center costs $237,000 and the center at Packer is $284,000 to run per year, which includes funding the scholarship program and staff payroll. The learning center shared by Greentree and Teutonia in Milwaukee costs close to $243,000 to operate, he said. About 670 students between ages 3 and 18 live at the six Madison and Milwaukee properties. 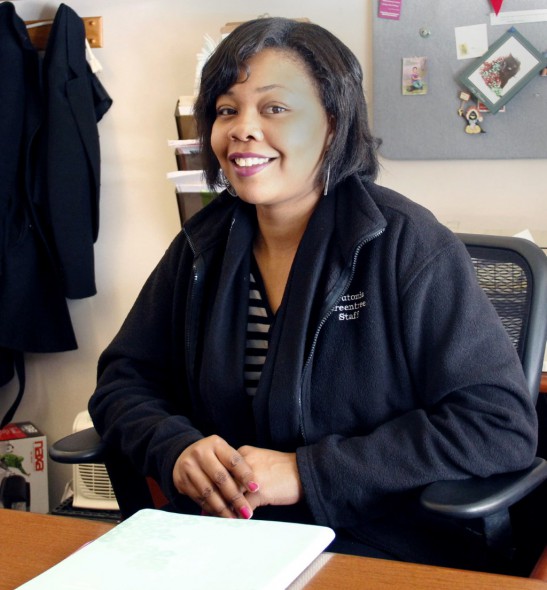 Kanesha Wingo, 28, is the leasing agent at Greentree-Teutonia. With the help of the apartment complexes’ on-site learning center, Wingo was able to complete her undergraduate and master’s degrees and establish a foundation for herself and 7-year-old daughter. Photo by Abigail Becker of the Wisconsin Center for Investigative Journalism.

By providing learning centers, social services and jobs for residents like Wingo, who now works as the Greentree-Teutonia leasing agent, low-income housing sites in Madison and Milwaukee are working to break the link between poverty and poor academic performance.

“Coming to the center really helped me a lot,” Wingo said. “Education helps you gain skills, and it takes you places you probably wouldn’t (go) on your own.”

The number of poor Wisconsin students, measured by those who qualify for free or reduced-price meals at school, has risen significantly over the past decade, from 30 percent in 2005-06 to 42 percent in 2014-15. In Madison, 48 percent of students are considered economically disadvantaged; in Milwaukee the figure is 83 percent.

“It takes an entire learning experience to move the needle,” said Alison Wineberg, an education consultant with the state Department of Public Instruction who oversees the 21st Century Community Learning Center grants. This federally funded program — totaling $16.7 million in 2013-14 — supports after-school, before-school and summer school programs in schools and community-based organizations that serve a high number of students from poor families.

In all, 42,417 Wisconsin students participated in such community learning programs in 2013-14, and a little over half were regular attendees. The latest reportshows 73 percent of participants improved their school performance after participating in programs at the roughly 220 sites and also had better attendance and fewer behavior problems.

Wineberg said community learning centers are not the only solution to the achievement gap, but they do improve some students’ academic outcomes. 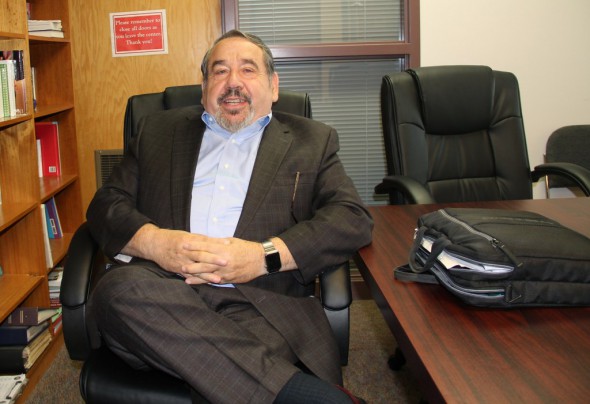 Carmen Porco oversees six low-income housing complexes in Madison and Milwaukee and believes his “anti-poverty” model with a focus on education is a solution to breaking the link between poverty and academic achievement. Photo by Abigail Becker of the Wisconsin Center for Investigative Journalism.

Unlike the properties managed by Porco, however, other community learning centers are within schools and not as conveniently located for students and parents. By placing the centers within low-income apartments, these centers ease one of the biggest barriers: access.

University of California-Irvine education researcher Deborah Lowe Vandell found in 2013 that low-income children are less likely to have access to after-school enrichment programs than students from higher-income families. When elementary students consistently participate in such programs, her research found, achievement gaps in math between low-income and high-income students narrow.

Porco, whose centers do not receive federal educational funding, said he has seen students living in stable housing with access to education resources outside of school thrive.