Land-use experts say it’s unwise to give county exec so much power to sell public land. 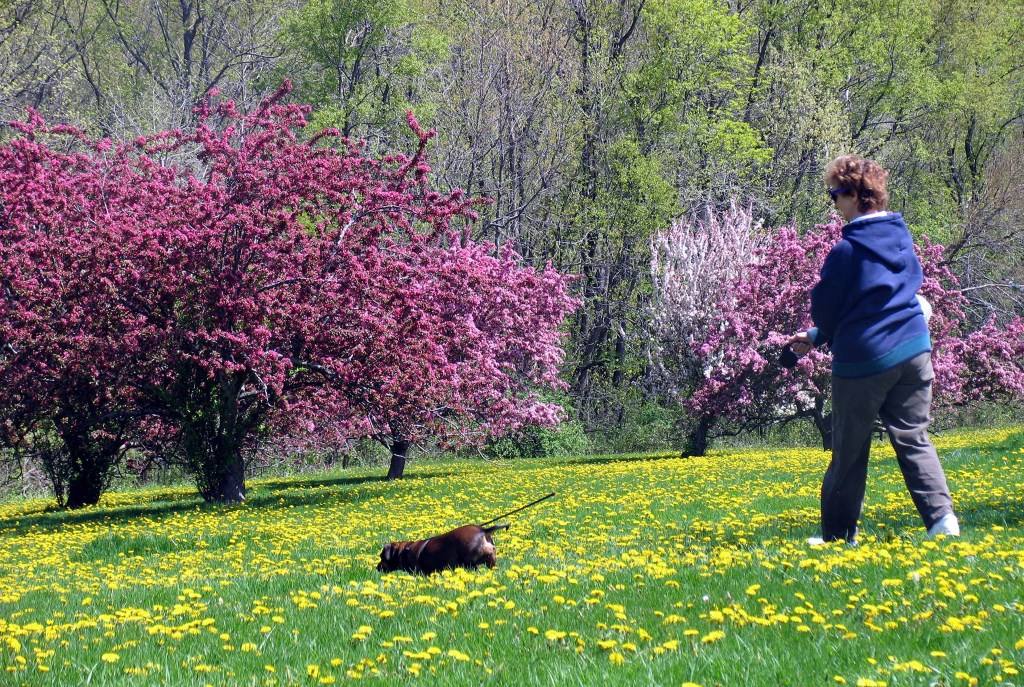 Fifteen old-growth forests, other green space, and museum sites in Milwaukee County could be sold by the county executive—depending on their zoning. This is in addition to 43 parks whose land is in whole or part not zoned as parkland, and which could therefore be sold, as Urban Milwaukee previously reported. The total acreage of this additional vulnerable land outside the parks is at least 1,750 acres, but could be higher.

A state law (Act 55) passed this summer granted Milwaukee’s County Executive the power to dispose of any real estate–without public input or county board approval–unless specifically zoned parkland. Abele would need only the okay of one additional official, either the elected county comptroller or a real estate professional appointed by the Milwaukee County Intergovernmental Cooperation Council, made up of elected executives from all municipalities in the county.

Abele spokesperson Melissa Baldauff has told Urban Milwaukee he “has no current or future plans to sell parkland,” but nothing in the new law would prevent him – or any future county executive — from pursuing such land sales.

“It’s a horrible, horrible precedent to grant this much power over public land to one person,” Hinniker says. “It may be quicker and easier not to get public input about land-use issues, but that doesn’t make it right.”

“This has nothing to do with Abele, his intentions or potential decisions,” Hiniker adds. The issue, he says, “needs to be separated from politics and personalities, which is how it’s often being framed.”

In a July 8, 2015 memo, Corporation Counsel Paul Bargren spelled out the new powers granted Abele: “the executive could lease, sell or convey any non-park county property regardless of Board policy and without Board approval.” He added: “The new provision gives the Executive the ability to ‘construct, purchase, acquire, lease, develop, improve, extend, equip, operate and maintain all county buildings, structures and facilities.’”

Introduced at Abele’s request, the wording in Act 55 enabled him to sell 10 acres of downtown land to the Milwaukee Bucks’ owners for $1, which the county board would have likely rejected. In return, the Republican-dominated legislature was willing to give Abele sweeping power over county lands and buildings. None of Wisconsin’s other county executives or county administrators can sell public property without legislative approval. The provision giving the county comptroller a vote on sales of county property is also unusual; Comptroller Scott Manske says he was not consulted before being given this power.

Indeed, the power given Abele was greater than even he realized. Baldauff told Urban Milwaukee he was not aware that much of county parks’ land was not zoned as parkland and could therefore be sold under the new law.

In November, County Board Chair Theodore Lipscomb, Sr. requested an inventory of all land stewarded by the Department of Parks, Recreation and Culture—about 900 parcels. The analysis by Parks director John Dargle, Jr. found 43 of 156 named parks and parkways in the county include land that is not zoned as parkland. In response, Abele has written to officials in municipalities where those parks are located, asking them to rezone the parks in question as parkland. The county board has since passed a resolution, 16-0, urging the county to protect all property managed by the parks department, regardless of zoning. However, this was only a request, since the board has no power over the land under the new state law.

Baldauff says that zoning of 14,394 acres in named parks will soon get resolved. However, she said there are also 936 acres of land managed by the county parks department outside of named parks, and 880 acres of farmland the parks department leases. The War Memorial is zoned as parkland, but the county zoo and some museum sites are not.

This has become a lightning-rod issue because park sales have been forbidden dating back to the 1800s. Yet O’Donnell Park along the lakefront was nearly sold to Northwestern Mutual in 2014. Abele negotiated a contract allowing redevelopment which was voted down in a tight vote by the county board. Supporters argued the site was mostly a parking garage; opponents noted this was public trust land with a public pavilion and included green space that could have been turned into a high-rise development by Northwestern Mutual.

Later, Abele continued trying to sell O’Donnell, spawning concerns by board members that he might sell other public land.

Mike Carlson, interim executive director of Gathering Waters: Wisconsin’s Alliance for Land Trusts, says the public needs to be involved in the sale of public land. “Without a public process, you lose the potential value of citizens galvanizing to protect resources that matter to them,” he said.

John Horwich, recently retired director of green infrastructure for The Trust for Public Land, says there are occasionally legitimate reasons to sell public land. “Sometimes government-owned land is indeed surplus” he notes, but any such sales normally involve public comment and approval by an elected body.

George Meyer, executive director of the Wisconsin Wildlife Federation, a statewide conservation organization, notes the state’s public land-sale process takes pains to involve the public. That includes posting parcels considered for sale, public-feedback options and DNR field reviews. In one instance, anglers expressed outrage that Northern Wisconsin lands with prime spring ponds were on the auction block. After full vetting, the parcels will be offered to governmental entities before being advertised for competitive public bidding.

Kevin Shafer, Milwaukee Metropolitan Sewerage District executive director, says “public input is vital” in all MMSD’s land-use decisions since “it’s [the public’s] dollars we are using in this work.” MMSD has purchased 3,300 acres in four counties for innovative flood management. Acquisitions are protected through permanent conservation easements and MMSD engages with neighbors about how to use such lands to meet multiple community needs.

Manske says he “will always notify the supervisor representing the district” where any land deal is being considered. The supervisor can then choose whether to hold a public hearing about it, even though the board will not get to vote on it.

Abele may decide to involve the public in any decisions to sell county land or buildings. But under the new law there is no requirement that he or his successors do so. And while Abele is now urging municipalities to change the zoning of all parks to parkland, zoning codes could in the future be changed and variances are common. Deed restrictions and permanent conservation easements more effectively preserve public land, experts say.

Act 55 does not require land deals made by the county executive to follow consensus-driven plans. For example, the county has a natural-resources-stewardship blueprint: A Land and Water Resource Management Plan for Milwaukee County: 2012-2021 (LWRMP), prepared by the Southeastern Wisconsin Regional Planning Council. The 228-page plan was created in consultation with county environmental-engineering and parks staff. It built upon decades of research, incorporated public input, and was vetted by municipal, regional, state and federal officials. It serves “to guide the activities of the County Environmental Services Division, which acts as the County’s land and water conservation department.” It also informs the board’s Parks, Energy and Environment Committee — “the county’s land conservation committee.”

Abele could choose to be guided by such planning and procedures, or ignore them. All it would take is a sign-off from that real estate professional appointed by the ICC, who might decide a good sales price for the land is more important than any concerns of planners or the public.

Which additional lands and property could be sold?

Land managed by the county parks department, but outside of named parks, used for flood/pollution management, resource preservation, research, education, cultural enrichment and passive recreation. Such sites may lack parkland zoning. The executive may also sell or lease many other properties not managed by the parks department, including the airport.

The Milwaukee County Land and Water Resource Management Plan identifies important lands that, unless zoned as park land, could now be sold:

Prime Natural Areas & Critical Habitats: High-value sites have significant “remnants of the pre-European settlement landscape—as well as other areas vital to the maintenance of endangered, threatened, and rare plant and animal species.” This could include irreplaceable land. 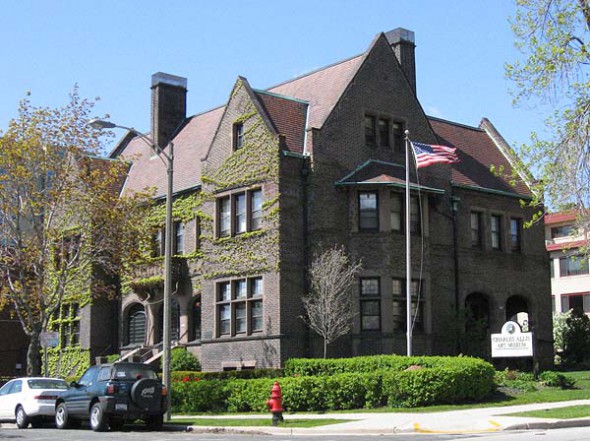 The Charles Allis Art Museum. Photo in the public domain.

Agricultural Lands: A program begun in 1995 conserves farmland in environmental corridors and for future recreation. These lands are leased for agriculture. Sup. Gerry Broderick said at a recent committee hearing, “This is exactly the kind of land developers would like to get their hands on.” Some sales might be justified, he said, but “it deserves to be considered in a public review process.”

Historic Sites and Buildings: The Charles Allis Art Museum is not zoned parkland and could be sold or removed from county oversight. Other historic properties may also be unprotected. However, Villa Terrace Museum of Decorative Arts is zoned parkland and city officials are working to rezone as parkland the 1913 building housing the Milwaukee County Historical Society.

When asked about his approach to conserving and developing county land legacies, Abele declined multiple requests for comment. No timeline has been set by his administration for releasing a complete inventory of all properties that could be eligible for sale.

County Natural Areas That Could Be Sold

The following natural areas, owned fully or partially by Milwaukee County as of a 2011 report, are not identified as part of a park or parkway and depending on their zoning status, they could be sold.

Information about these and other prime natural areas begins on page 72 of A Land and Water Resource Management Plan for Milwaukee County, 2012-2021.