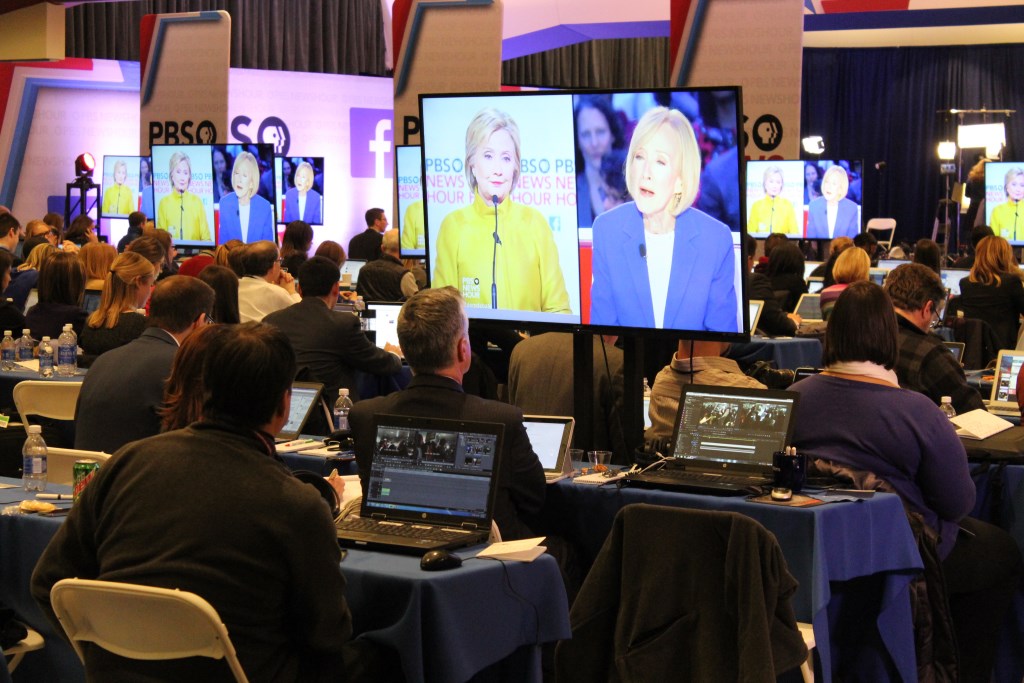 When Fox Business Network came to Milwaukee for the Republican presidential debate last November, the program opened with a paean to this state’s GOP roots, as I reported.  The network noted that Ripon was the birthplace of the Republican Party and Teddy Roosevelt was shot while giving a speech in Milwaukee. All in all it was good publicity for this city and state, a place where “legends are forged,” according to the giddy language of Fox’s writers and where the photos showed us mighty manufacturers, happy cows and scrumptious forests.

It would have been far harder for PBS, which was the host of last night’s Democratic debate, to tout Wisconsin’s history for that party, since for more than half a century, from the 1890s to the mid-1950s, there was no Democratic Party to speak of, as elections were largely between the establishment Republicans and the Bob LaFollette-oriented Progressive Republicans. 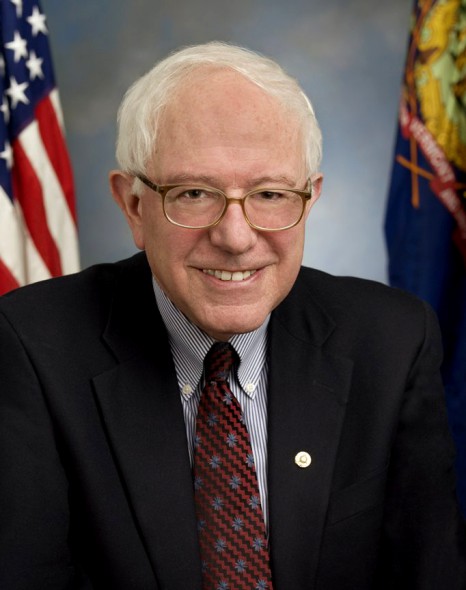 Given the presence of Democratic Socialist Bernie Sanders on the podium, PBS might have opened with some reflections on Milwaukee’s unique history as socialist-run city, led for 24 years by Socialist Mayor Dan Hoan and 12 years by the last Socialist, Frank Zeidler. These were, it should be noted, “sewer socialists” known for their tight-fisted style of governing. During the debate Sanders noted that there was fat that should be cut from the federal government, but that quick throw-away pales compared to the zeal with which the Milwaukee socialists pinched pennies, refusing to bond for any projects and adopting a “pay-as-you-go” approach so they didn’t have to pay any interest to banks.

Alas, Public Broadcasting Station, which was hosting last night’s Democratic debate on on the UW-Milwaukee campus, is a rather sober bunch, unless they are on the road pricing antiques, and so we got not a word celebrating the splendor of our green forests, Green Bay Packers or green-eye-shade-wearing socialists.

When the city or state did get mentioned, it was all negative. Hillary Clinton, always long on specifics, noted the death of Dontre Hamilton by a Milwaukee police officer, the city’s poverty, and the state’s horribly high incarceration of African Americans. She also bashed Scott Walker a couple times for being anti-union and basically bad. All in all, this sounded like a much happier city and state as seen through the eyes of Fox. Maybe we are turning into a red state.

The moderators were two women, Gwen Ifill and Judy Woodruff, and along with Hillary, meant the majority of those on the stage were women, the first time in history in a presidential debate. But for those men pining for more gender balance, dead center between Ifill and Woodruff could be seen the head of Milwaukee County Executive Chris Abele, who sat in the middle of the second row of the audience and was often captured by the camera. Alas, his facial expressions were too ambiguous to tell us who he was rooting for; perhaps the entrance of billionaire Michael Bloomberg as a third party candidate.

Sanders must be an urbanist, as he stayed at the downtown Marriott on E. Wisconsin. Not sure where Hillary stayed (seems like she might be a Pfister kind of gal), but she did have an event this morning at the Harbor House, confirming once again that she is not a red-meat Republican.

As for the debate itself, it seemed like the most liberal Democratic debate I can ever recall watching. But then, most of the Republicans are now to the right of Attila the Hun, which provides some balance. If you liked specifics (especially on foreign policy) and more specifics, Clinton was the winner. If you liked rhetorical sweep and passion, Bernie won. And if you were looking for a strange segue into vaguely relevant history, Sanders’ long eruption about Henry Kissinger was a tad bizarre. To hear Sanders tell it, Kissinger and President Richard Nixon’s opening of trade with China led (oh, about 30 years later) to American companies exporting jobs to that country. I’m guessing that wasn’t a prepared response by Sanders.

The experts, from those at CNN to the New York Times to the Washington Post, all thought Hillary did better. Which, considering how wrong the pundits and polls have been so far, could be terrible news for her. Maybe it’s just as well they didn’t offer their take on Milwaukee.

In the Spin Room 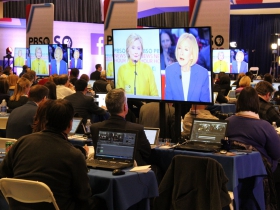 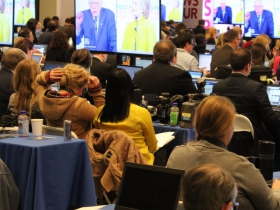 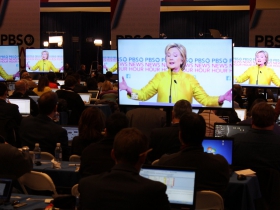 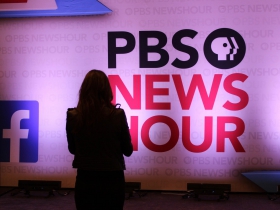 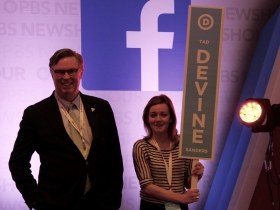 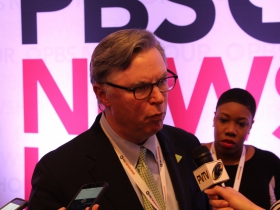