1880 home on Cambridge saved by historic preservation law that could be overthrown. 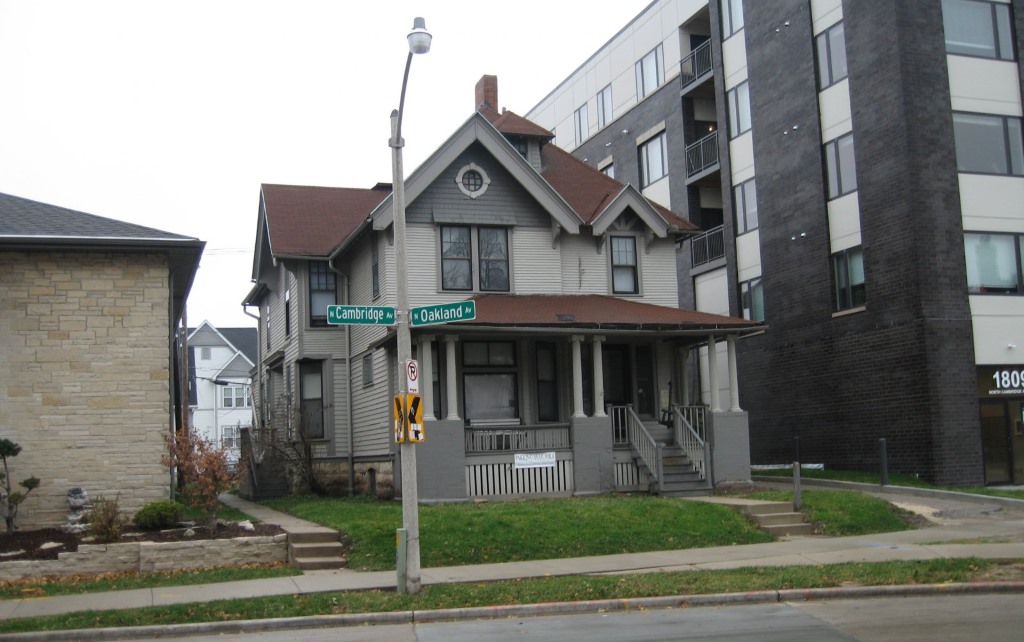 As the state legislature debates gutting the historic preservation ordinance, a win under this law for Milwaukee. Will it be the last?

In February 2014 investor Thomas Wang paid $240,000 for this 1880 rooming house near E. Brady St. with the intention of demolishing it for the purpose of constructing an apartment building on the site, next door to a new building, Flats 1809, constructed this year at 1809 N. Cambridge Ave.

Ald. Nik Kovac opposed the measure and got a temporary Historic Site Designation for the property in May after a demolition permit had been filed. The Historic Preservation Commission considered the application [See Urban Milwaukee: “City Officials Act to Save Cambridge Ave. Home“] and granted a temporary designation in July.

On Monday, December 14th, the commission gave its final approval for permanent designation, and Wednesday it was announced that the home would indeed be preserved, but at a new location six blocks away on a vacant lot on N. Newhall Ave. The lot on N. Cambridge Ave. and the parcel immediately south would then be the site of the planned apartments.

This may be the final use of a Historic Designation to save a building if a proposal in the legislature succeeds. [See sidebar.] Under the proposal, only owners could seek historic designation. Since the owner had already applied to demolish this building, it is unlikely he would have applied for the designation.

The move of the home comes as somewhat of a surprise and bears the hallmarks of a compromise solution, since preservation guidelines generally discourage relocating buildings. But not many years ago, a building like this generally would have been demolished. A look around the neighborhood will attest to that, with its hodgepodge of styles interrupted by 1960’s apartment buildings of exceeding mediocrity.

However, a case can be made that the move is hardly out of character for the Brady Street neighborhood both from a current and from a historic perspective. Brady Street is hot; it is one the most densely populated neighborhoods in the city, and demand is increasing. This single family structure sits between much larger buildings, and is lost in its context.

Also, Brady Street buildings have been in flux for over 120 years. Places like the Hi-Hat have sat for over a century on lots not originally theirs. Not only did buildings move horizontally in old Milwaukee before permits were kept, they also moved vertically, in the case of the nearby Polish flats, where an old cottage would be jacked up with a new floor built below.

The site of our rescued historic home is just north of busy Brady Street, at the intersection that a casual observer might call “N. Oakland Avenue.” But that long street does not begin until a block north of Brady, where its southern terminus lies at the front door of this home on N. Cambridge Ave.

When built in 1880 for insurance executive Charles Emery Crain, the immediate area consisted of a mixture of working class cottages for Polish immigrants (generally found to the west) and upper middle class homes like this one, found on the blocks near the lake. The social stratification continued upward and eastward with the lakefront lots themselves occupied by the mansions of the city’s wealthy, particularly those of Anglo-Saxon extraction. It looks like Charles Emery hung out with the lakefront neighbors, since he helped organize lectures by visitors to Milwaukee. Among them was Frederick Douglass, who sent a letter to Crain preserved at the University of Chicago. George Kennan, later an ambassador, grew up on the block. Famed painter Emily Groom lived here for 76 years.

The area was platted in 1868, but development did not occur in earnest on Cambridge until 1874, when a land auction was held. By that time city water mains had reached the street, rendering the properties far more valuable than in the well-digging days.

Crain lived in the home until 1894, when it was sold for $9,000, many times the value of the frame cottages of the Poles, yet no more than the value of a lakefront lot.

The home was then bought by Thomas Claflin who ran a large commercial laundry a block away that is now the Passeggio. In 1904-5 he hired architect Henry A. Betts to remodel the 24-year old home by incorporating arts and crafts detailing, a full front porch and an addition, all clad in wooden siding.

That renovation, in excellent condition, has remained for 111 years at a time when many other homes have been “remuddled,” resided in vinyl, or bulldozed to extinction. Thanks to the effort of the alderman, the home will be preserved, although in a new location.

The Historic Preservation Commission makes its recommendations based on a variety of guidelines and facts. Primary among them in this instance is the Historic Designation Study Report, a 29-page document written by Carlen Hatala of the City of Milwaukee Historic Preservation Commission staff. It provides extensive history of the area, the building and its owners, as well as its slide into rooming house status in 1947 when the future of Brady Street did not seem bright at all. It makes for fascinating reading.

Will This Be Final Building Saved?

A proposal in the state legislature calls for removing citizen involvement in historic designations. Only owners would be permitted to designate their buildings, according to the provisions of AB 568, introduced in the legislature by Rep. Robert Brooks, [R-60], a real estate investor from Saukville who was elected in 2014 as a “citizen legislator.”

His district includes, in part, the fabled Historic Districts of Cedarburg and Port Washington, among the state’s more picturesque communities. Their success is in part due to the preservation of their remarkable architectural heritage.

But this apparently escapes the attention of Brooks:

“Rob recognizes the impact of high taxation and overbearing regulation on the private sector and that is what motivated him to step up and make a difference at the state level” his website reads.

According to the bill’s text:

The subdivisions include Counties, Towns and Cities. No exemptions are granted.

Under the provisions of this bill Ald. Kovac would have been powerless to save this building, or to have any negotiating stance with the developer, who had already taken out a permit to demolish the home. Cities like Ashland (whose mayor has testified against the bill), and Cedarburg, which depend on their historic character for much of their business, would be devastated. The Third Ward could go back to being a wasteland, or be a new site for high-rises.

If this bill passes it would remove the ability of citizens to help control the character of their neighborhoods. Supporters allege the issue is property rights, but it could be argued that the citizens have property rights as well. And so do nearby owners in a historic neighborhood, whose own efforts at preservation could be compromised by the decisions of other owners hellbent on erasing history.

The city owns and has title to 1,450 miles of streets that front every building in the city, and connects them into a unified whole. It would seem there is a property right of the public involved in this issue, based on our ownership of the streets.

How Milwaukee Is It? The residence is 1.5 miles from City Hall and 0.4 miles from its future location at 2208 N. Newhall St. 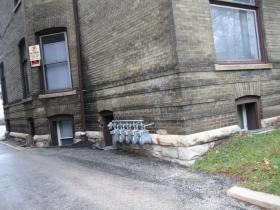 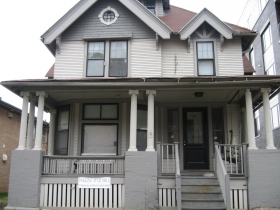 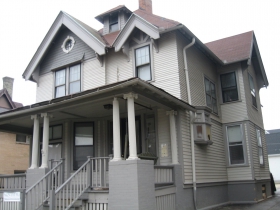 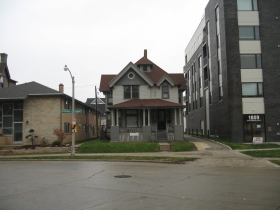 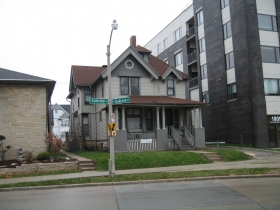 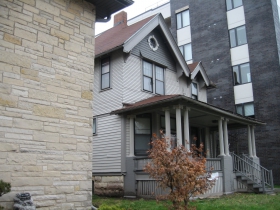 One thought on “House Confidential: A Historic House Almost Destroyed”