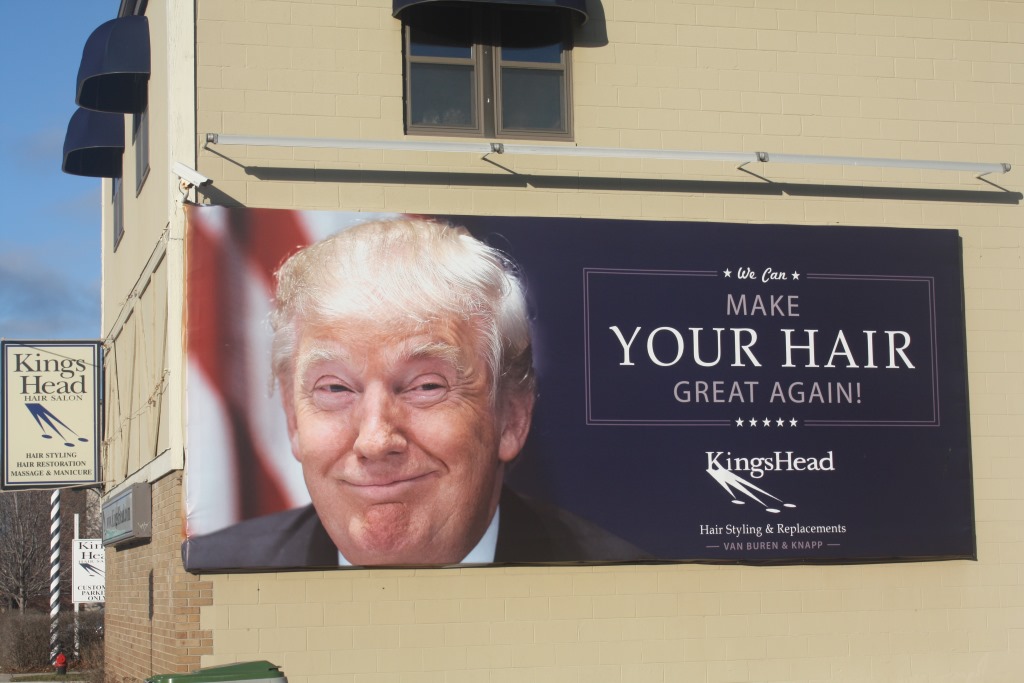 The founders of Juneautown, Solomon Juneau and Morgan L. Martin, were both Democrats. When they named the streets of their new town east of the Milwaukee River, they honored many of their fellow Democrats with streets like Jackson, Jefferson, Cass, Mason, Biddle, and Van Buren. Martin Van Buren was the Vice President of the United States when this street was named for him in 1835.

Van Buren was born in 1782 in the village of Kinderhook, New York, on the Hudson River about 20 miles south of Albany. He represented New York State in the U.S. Senate and served as its governor. Those positions were followed by stints as Secretary of State and Vice-President, and in 1837 he was elected President. Van Buren died at Kinderhook in 1862 and is buried there.

There were six riots, or mob actions, in Milwaukee between 1850 and 1861. The first one took place at the home of John B. Smith, who lived on the southwest corner of Van Buren and Biddle (now E. Kilbourn Avenue) streets. Smith was born in Maine about 1811 and came to Milwaukee in 1843. He was elected to the Wisconsin Senate in 1849 and introduced legislation requiring that saloonkeepers be held financially responsible for any costs associated with the drunkenness of their customers.

The legislation proved popular with many of Smith’s temperance advocating constituents but unpopular with the drinkers in his district, particularly the Germans. They argued that alcohol consumption was a matter of individual responsibility and the law was unfair to tavern owners. They were also upset that Smith was pushing the agenda of the Temperance Society, of which he was a member, rather than the views of the majority of the voters in his district.

On the evening of March 4, 1850, as the Milwaukee Sentinel reported, about 300 Germans met at Market Square in front of City Hall. The German-language newspaper, Volksfreund, put the number at about 600 people. Both newspapers agreed the crowd then marched toward Smith’s home with anything that could make noise. Horns, tin pans, kettles, bugles, and pipes made sure that everyone in Juneautown was aware of the mob’s progress. After the crowd reached the politician’s residence, just making noise was not enough. The mob began throwing stones and other objects at the house, breaking windows, damaging doors and even the furniture within the building. Smith and his wife were not home at the time, but his four frightened children and two servants were, and they climbed out of the widows at the rear of the structure and were not hurt.

The actions of the mob were roundly condemned by Milwaukeeans, including most other Germans, but the action was a black eye to the German community. Some German opponents did not give up though. At a meeting of the law’s supporters a week or so later, diehard Germans showed up and made as much noise as they could to disrupt the meeting, to no avail. But the next year the state legislature did moderate the law and the issue slowly died. The city paid for repairs to Smith’s home.

John B. Smith’s political career went nowhere after his efforts to curb the use of alcoholic spirits, but he developed an interest in another kind of spirits. In 1873, Smith still lived in his Van Buren Street home where he held séances conducted by Mrs. E. M. Teed, who was known as a “Materialising Medium.” No record of the results of those attempts to reach the dead has been found. Two months later Smith sold his home to the St. John Cathedral Parish and the building became its first school. Smith died in Milwaukee in 1879.

Van Buren Street, like virtually every other street in the bustling new city, was in the news at times during the nineteenth century because of fires, runaway horses, and crime. One fire on Van Buren Street destroyed a match factory in a building owned by a Mr. Sparks. No foul play was suspected. An accidental shot into a house on the street scared, but did not injure, the family of Mr. Colt.

When a farmer and his wife brought a wagon-load of vegetables to town, a paper from a doorway blew past and spooked the horses pulling the wagon. The scared animals ran wildly down Van Buren Street, throwing the couple to the road. The farmer later said they brought the produce to town for the “old woman to do some trading.” The ‘old woman’ said she would “never ride behind them pesky critters again.”

Then there was the crime committed by Edward Kohl, which resulted in a fine of $25. He had emptied the contents of an outhouse on a lot on Van Buren Street, offending the olfactory sensibilities of the neighbors.

Attorney George B. Goodwin did not commit a crime, but he did suffer some major embarrassment. A drayman, his wagon loaded with wood, was sent to the house of a man who could not afford fuel to keep warm during the winter. There was some confusion about the address of the man who lived on Van Buren Street between Lyon and Pleasant streets. When the drayman asked Goodwin if a poor man lived at his address, the lawyer said yes, prompting the driver to unload the wood in front of Goodwin’s house and leave.

Goodwin carted the wood to his backyard woodpile, probably thanking his lucky stars. A few hours later, the teamster returned and told Goodwin that the fuel was meant for the poor man across the street. Goodwin spent quite awhile moving the firewood to his neighbor’s yard, his face red the entire time.

Today, the 1.3 mile long N. Van Buren Street, which runs from Buffalo Street in the Third Ward to Brady Street and the Holton Street Bridge, is still a well-used arterial, though not for horses, through Downtown and to the north. 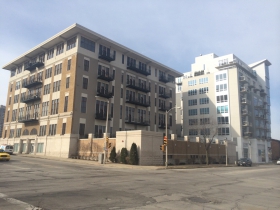 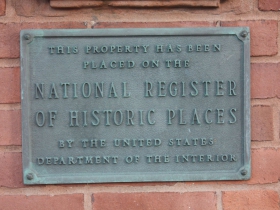 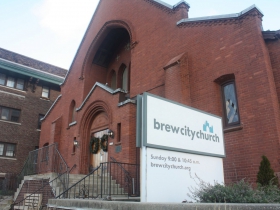 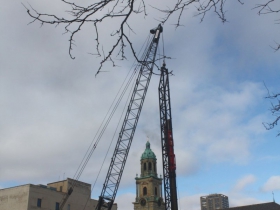 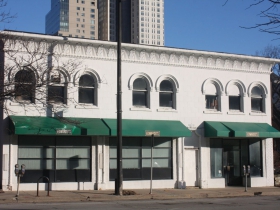