This street was not originally known as either Highland Avenue or Highland Boulevard. It was called Johnson Street from the Milwaukee River to Milwaukee Street in 1835 when Solomon Juneau and Morgan L. Martin developed their plan for Juneautown.

Johnson Street is believed to be named for Richard Mentor Johnson, a friend of Stevens Thomson Mason whom Mason Street honors. Johnson was a U. S. Senator from Kentucky at the time of the naming, and would shortly be Vice President of the United States under Martin Van Buren, the namesake of Van Buren Street.

West of the river, Johnson Street became Prairie Street, which followed the 1835 Kilbourntown scheme of streets named for nature by Byron Kilbourn and his associates. Other streets in this pattern included Sycamore (Michigan), Spring (Wisconsin), Tamarack (State), Chestnut (Juneau), Cedar (Kilbourn), Cherry and Walnut. A bluff crossed Prairie Street near N. 8th Street and when the bluff was cut down it created one of the steeper hills in the city from N. 9th down to N. 7th streets. During the winter, the hill was a perfect place for sledding but difficult for horses to navigate. Over the years, Prairie Street was extended westward to N. 27th Street.

A wealthy Milwaukeean, Edward Dwight Holton (Holton Street honors him), purchased 70 acres of land north of State Street and west of  N. 35th Street in the late 1860s. Here he started his hobby farm which he called “Highland Home.” He advertised for a married couple to run the farm, requiring they be familiar with milking cows and tending other farm animals, and promised he would pay liberal wages for their services.

In 1887 Holton sold his farm to developers and auctioned off the home’s furnishings as well as the farm equipment and animals. The farm was subdivided, lots were sold and Highland Boulevard was created. The street, which included a wide median, extended eastward to N. 27th Street, where it met Prairie Street.

The boulevard was lined with large homes, many built by German merchants, and became known as “Sauerkraut Boulevard.” The buildings were not the mansions of Grand or Prospect Avenues, but they were grand homes nonetheless. Among those homeowners whose names are recognizable today were hardware merchant Frederick Pritzlaff, sausage-maker Frederick Usinger, and brewer Frederick A. Miller. (Perhaps they should have called it Frederick Boulevard.)

In the late 1920s, the city’s street renaming program required that a street have only one name and this one had three. So Prairie and Johnson Streets were relegated to history.

In the years since, Highland Avenue, as it is known east of N. 12th Street, has been broken up. Between N. Milwaukee Street and N. Broadway, the street is now part of a Milwaukee School of Engineering parking lot. The thoroughfare no longer runs to the river; it stops at N. Edison Street where only condominium owners have access to the river. West of the river, the BMO Harris Bradley Center blocks Highland Avenue between N. 4th and N. 5th streets and it appears that the new Milwaukee Bucks arena complex will further close it to N. 6th Street. 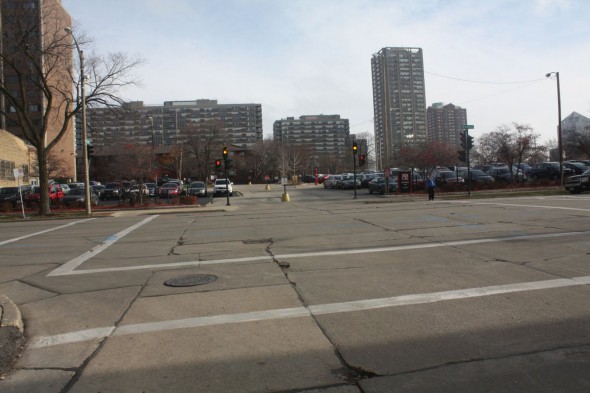 The street connects three of the four largest brewery complexes in the city. At the east end of Highland Avenue is the Valentine Blatz Brewery campus. It was built in 1874 on the ruins of previous Blatz buildings destroyed by fire. By the 1900s, Blatz was the city’s third largest brewery, but that did not last. The company stopped beer production in 1959 and its assets were sold to the Pabst Brewing Company. The buildings changed hands several times over the intervening years and in 2005 many were converted to condominiums and MSOE facilities.

Highland Avenue passes the former Pabst Brewing facilities between N. 9th and N. 10th streets. Most of the buildings in this compound were erected between 1870 and 1900. Beer production began in the mid-1800s and by the 1870s it was the country’s largest brewery. It ceased producing beer in 1996. Joseph Zilber purchased the buildings in 2006 and renovations for “The Brewery” complex began. It now includes offices, a hotel, apartments, as well as educational and other services.

The last brewery on Highland Boulevard is the MillerCoors facility at N. 38th Street. The Miller part of the brewery began in 1855 after Frederick Miller purchased the Plank Road Brewery on the south side of State Street. As the brewery expanded, it took over the land that Holton’s “Highland Home” had occupied. It became the nation’s second largest beer producer and is still in operation today.

Highland Boulevard continues west to N. 41st Street where it turns north and terminates at W. Vliet Street at Washington Park. Two blocks on Highland Boulevard, between N. 27th and N. 29th Streets, have an honorary name of “Dr. R. E. McCrory,” who was a long-time pastor at the St. Luke Emanuel Baptist Church there. 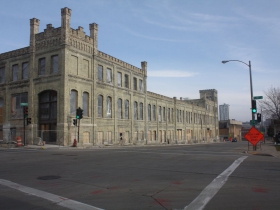 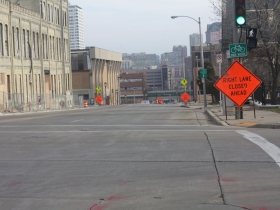 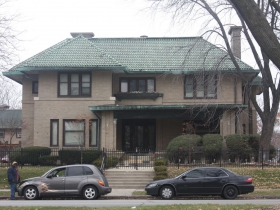 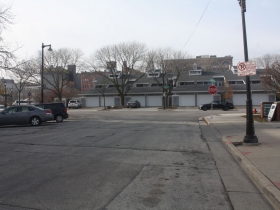 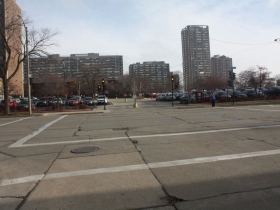 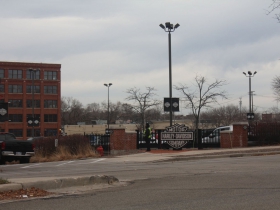 7 thoughts on “City Streets: Highland Was Known as “Sauerkraut Boulevard””