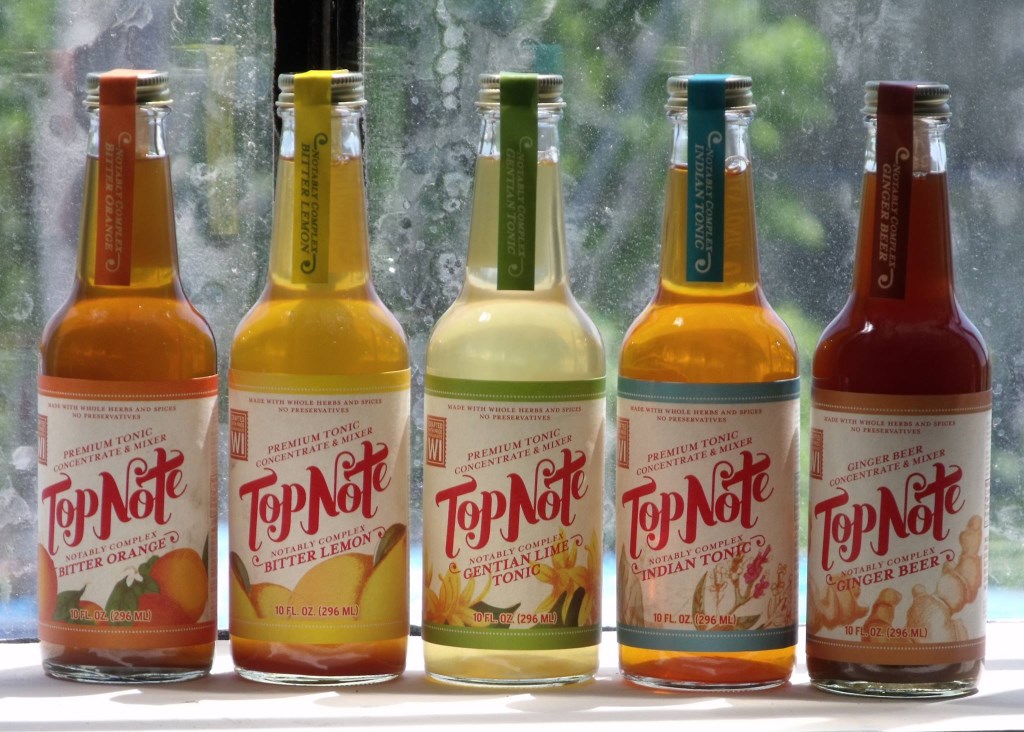 What started as a home brewing project in Milwaukee has taken an unexpected turn and developed into a fully operating local business. Husband-and-wife entrepreneurs Mary Pellettieri and Noah Swanson have created their own modern take on soft drinks, creating all-natural, less sugar-laden drinks that may even help with digestion. Their company Top Note Tonic is only a year old, but growing quickly.

Top Note Tonic was founded in 2014 by Pellettieri, a jack-of-all-trades in the craft beer industry. Pellettieri wanted to create a better option for soft drinks in restaurants, like the apertivo soft drinks commonly found in Europe that are consumed for appetite stimulation or digestive qualities. While there are a few options for apertivo soft drinks in the United States, they are loaded with artificial colors, high fructose corn syrup, and preservatives. Her goal was to create an all-natural, mixable line of tonic concentrates. These sodas are all-natural, nothing but water, herbs and sugar. 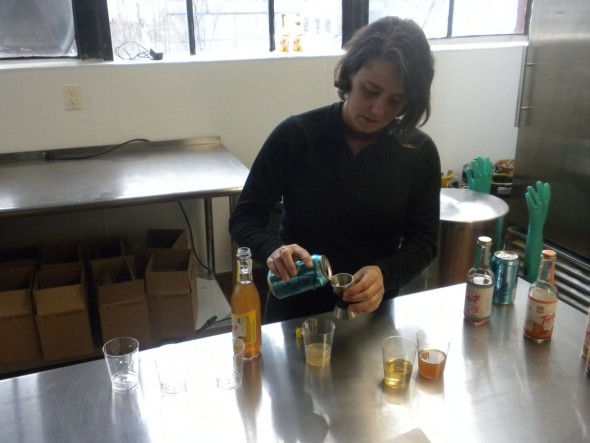 After a year of brewing out of the kitchen of the couple’s Milwaukee home, Top Note Tonic had become successful enough to expand into a facility in Bay View, on the third floor of the Lincoln Warehouse at 2018 S. First St.

Pellettieri started her beer career in 1992 at Siebel Institute in Chicago. She graduated from North Carolina State with a degree in Botany, and then went on to pursue her Masters in Environmental and Occupational Health at the University of Illinois at Chicago. While attending school at UIC, she wrote a letter to Siebel Institute inquiring about a job and was hired to work one day a week. At Siebel, Pellettieri learned all about conducting the sensory analysis of beer. After she graduated from UIC, Siebel brought her on full time.

“At the time, it was in the mid-nineties, there were a lot of brewers going through Siebel Institute that are still in the industry now running breweries,” says Pellettieri.

Pellettieri then went on to work at a food testing lab on the south side of Chicago. “I learned about food and food testing and thought maybe that’s where my degree was best served, but I missed beer,” she recalls.

While she was still at Siebel, Pellettieri met representatives from Goose Island, a craft brewery in Chicago. They offered her a job to lead their lab program full time.

“You wear a lot of hats in a small brewery,” Pellettieri said. “I learned how to do quality management, research and development, and product development. In a small company you’re able to really stay close to the sales marketing side, which I liked.”

During her time in Chicago, Pellettieri met her husband Swanson through a mutual friend, and learned Swanson also shared an interest in home brewing. At the time, Pellettieri felt small breweries were becoming stagnant. After having only worked with small companies at that point in her life and eager for a change, she jumped at the chance to move to Milwaukee and run the Quality Control department at MillerCoors.

[inarticled]“When you’re growing in your career, you’ve got to try everything to really know what you like and dislike,” Pellettieri says.

Pellettieri stuck with MillerCoors for around five years. She was moved from the quality department to business development where she relayed recipe information from the brew masters and the engineering and technical staffs. Keeping communication between so many different people and branches of the company proved a difficult task but beneficial to Pellettiori’s career.

“It was a complex job but really set me up to do my own company,” she says.

During her time at the company, Pellettieri was experimenting with home brewing in her own kitchen, something she had worked on while in school. When she picked it back up, she was attempting to create an herbal beer, with herbal syrups and by using various bitter agents rather than hops. The herbal syrups proved to be interesting enough on their own.

“I thought, ‘these actually make good soft drinks and tonic, as a category, needs to change,’” she notes

Pellettieri started brewing the tonic concentrates in her home. Swanson would taste test the results and give his input on what might be changed about the recipe. After getting a positive response testing it with consumers and after some success getting some retailers to carry the product, not to mention getting funding from the Wisconsin Economic Development Corporation, Top Note Tonic was able to expand and move into their Bay View facility. What started as just an empty office space was transformed into a kitchen with the help of architect Thomas Vavra.

“There was nothing here. It was quite ugly actually,” Pellettieri recalls.

Top Note Tonic currently has distribution in Milwaukee, Madison, Chicago, Denver, and Minnesota. There are five different bottled tonic concentrates available: ginger beer, Indian tonic, bitter orange, bitter lemon, and Gentian lime tonic. The concentrates are made without any artificial colors or preservatives. The varying colors are a result of the different sugars and different levels of bitterness from varying amounts of acid and bitter herbs.

“I styled these thinking very much like a brewer,” Pellettieri says.

All of the tonic concentrates are sold at numerous retailers and served at various restaurants — all listed on the company’s website. There are also a number of drink recipes using the concentrates on the website.

Top Notes Tonic is working on expanding its distribution through Bittercube, a local bitters company. There’s also a formula for a bag-in-box version of the tonic concentrates in the works that would pair with a soda gun at restaurants and bars, making it easier for bartenders to experiment with the concentrates. If the funding is acquired, they also want to develop a ready-to-drink format for the Gentian, bitter orange, and bitter lemon tonics. In its current state, the concentrate needs to be mixed with one part concentrate and five parts seltzer water in order to be consumed as an apertivo soft drink.

The Top Note name is a reference to the sensory profile of beverages the company makes. But the name, says Pellettieri, is also because “what we want to promote is not only just a mixer, but something that you’d want to drink on its own.”

Meanwhile as the company’s website notes, the two owners “continue our quest to refine our tonics, expand our soft drink selection, and make the aperitivo occasion a celebration again.” Cheers!