By Kathi Matthews-Risley, Wisconsin Center for Investigative Journalism - Nov 29th, 2015 12:57 pm
Get a daily rundown of the top stories on Urban Milwaukee 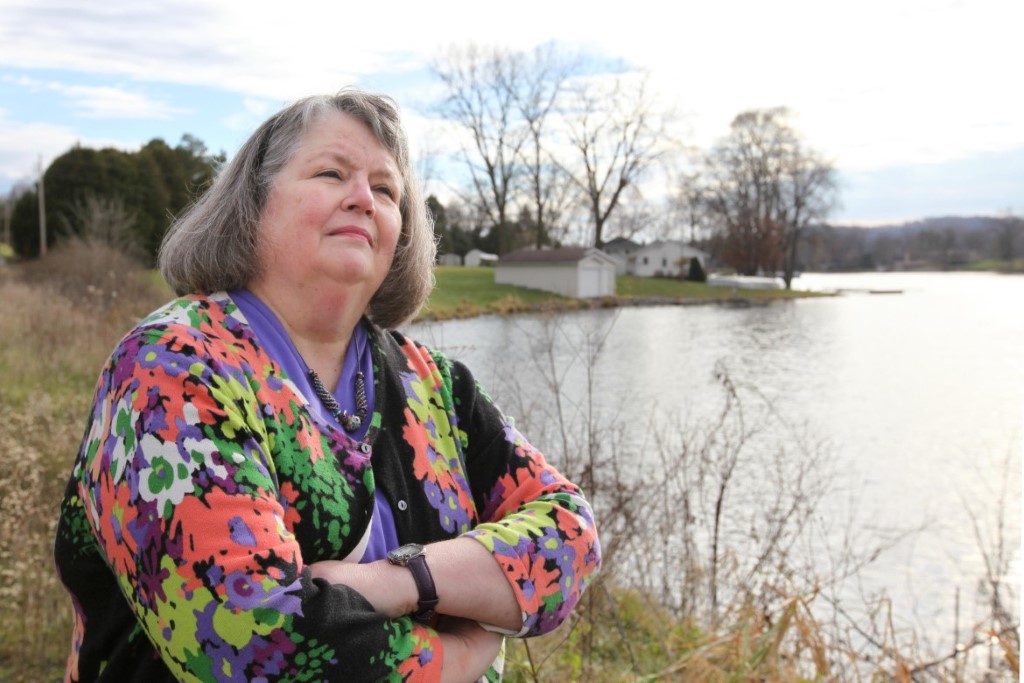 Mary Jane Koch stands near the site of her family’s former summer cottage on Lake Wisconsin. For decades, the Badger Army Ammunition Plant dumped its waste into the lake, an impoundment of the Wisconsin River. The Army has since removed tons of heavy metals from the lake and has proposed building a public water system to provide clean drinking water to area residents. Photo by Joseph W. Jackson III of the Wisconsin Center for Investigative Journalism.

SAUK CITY — Mary Jane Koch stopped drinking the water in her home 11 years ago, shortly after an industrial compound turned up in the well supplying drinking water to her home.

The source of the contamination: the now-closed Badger Army Ammunition Plant.

Badger was a military installation built in 1942 on more than 7,000 acres near Baraboo. The plant was owned and operated by the U.S. government to produce smokeless gunpowder for rockets, cannons and small arms used in World War II and the Korean and Vietnam wars. It operated on and off for 33 years.

During its operation, the plant pumped excess chemicals and millions of gallons of wastewater into Lake Wisconsin and burned toxic substances in large pits on the site, leaving the soil, surface and groundwater contaminated with a dangerous stew of chemicals, including some known or likely to cause cancer.

Now, 400 monitoring wells dot the site, and the Army has spent $125 million cleaning up contaminated soil and water. While the land is being redeveloped for recreation, dairy research and tribal uses, the groundwater under the Badger site remains polluted.

The Army is working on a plan to install a water system for about 400 households to replace tainted groundwater as the source of drinking water in this scenic region about 30 miles northwest of Madison.

Koch was surprised when she heard that the Army had found something in her well in 2004. She did not know her well had been tested.

The letter she received said that concentrations of ethyl ether, a chemical used in production of smokeless gunpowder, had been detected in her well at 17 parts per million. The state groundwater enforcement standard is 1 part per million for ethyl ether, a little-studied chemical that can cause alcohol-like effects at high doses. 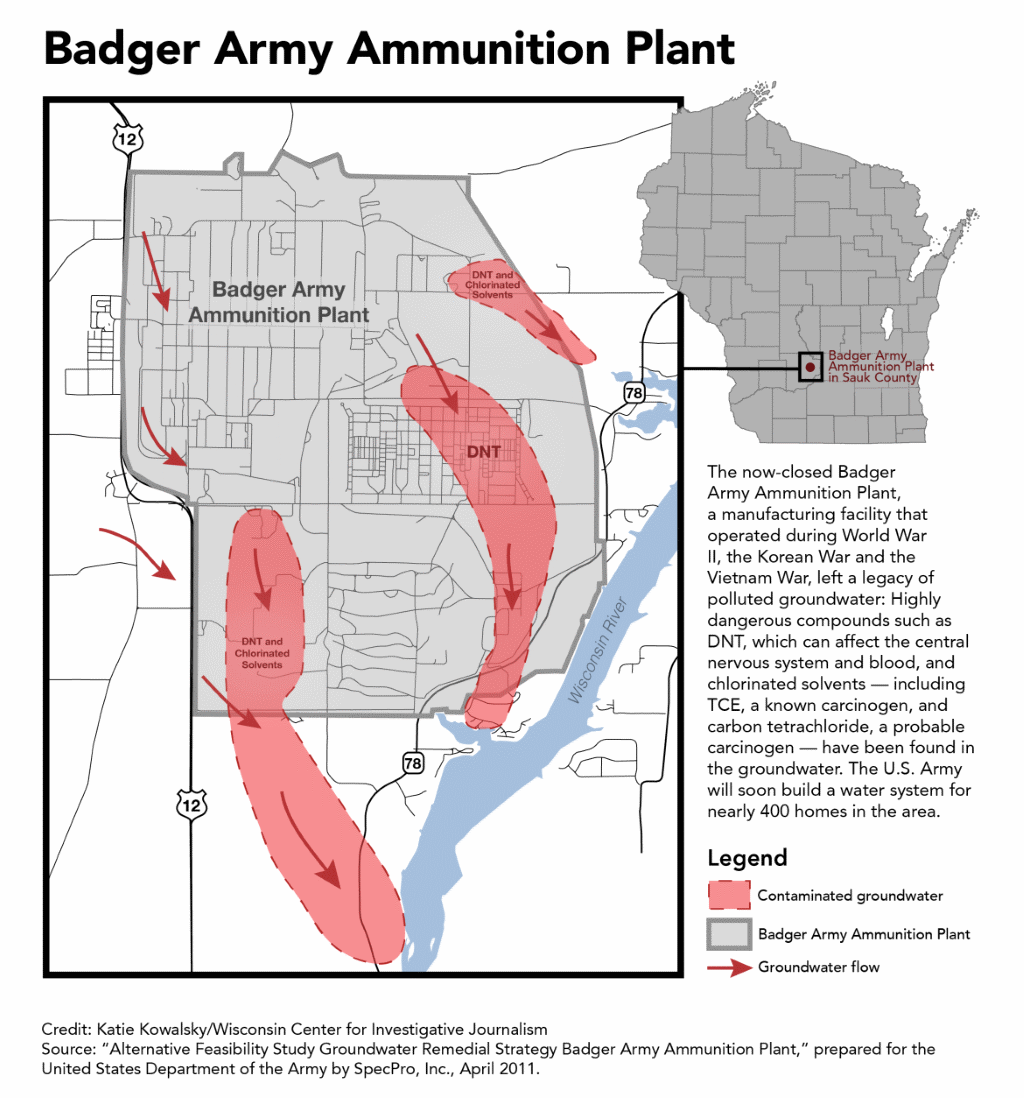 The Army delivered five-gallon jugs of water to her home the next day but discontinued the delivery two months later when tests showed no presence of ethyl ether.

To this day, Koch cooks with and drinks only bottled water at home. She does not trust the water from her well. Koch grew up near Badger and has seen the effects of the unchecked pollution firsthand.

In 1961, when she was a teenager, Koch’s family bought a summer cottage — about a mile and a half north of her current home — across from the Badger plant on Lake Wisconsin. She remembers the thick, sticky mud in the water.

“When we first moved in … we couldn’t swim out in front of the cottage,” she said. “We didn’t know what this muck was all about. I mean, it was like if you went down in it you were stuck.”

As a young adult, she remembers seeing water rushing from pipes buried under Old Highway 78. That water, coming from the Badger plant, poured into Lake Wisconsin and forcefully pushed the bottom of the lake up in front of the cottage. She thinks the year was 1968, when Badger was in production for the Vietnam War.

“It was around ’68 because my sister was married in ’68 and they lived there (the cottage) for a year. They couldn’t use the water,” she recalled. “They got their drinking water from Sauk City where my parents lived at the time. Dad was able to sell the property, eventually, but nobody could really live there.”

Koch also recounted a story from her older brother about a day in the early 1980s when his two boys jumped into the water near the family cottage. They emerged from the water with silver residue all over their bodies.

According to a 2006 article written by the Wisconsin Department of Natural Resources, about 25 million gallons of wastewater per day was dumped into Gruber’s Grove Bay in Lake Wisconsin near the Koch cottage when Badger was in full production. That wastewater contained mercury and other metals.

Koch and her husband moved away from the Sauk Prairie area for a time in the early 1970s — not because of the contamination, but so he could finish school and start his career. They came back to the area to raise a family.

They built a home in 1977 north of the Prairie du Sac Dam on the Wisconsin River, a mile and a half south of the cottage. They did not know about the extensive groundwater contamination from Badger. 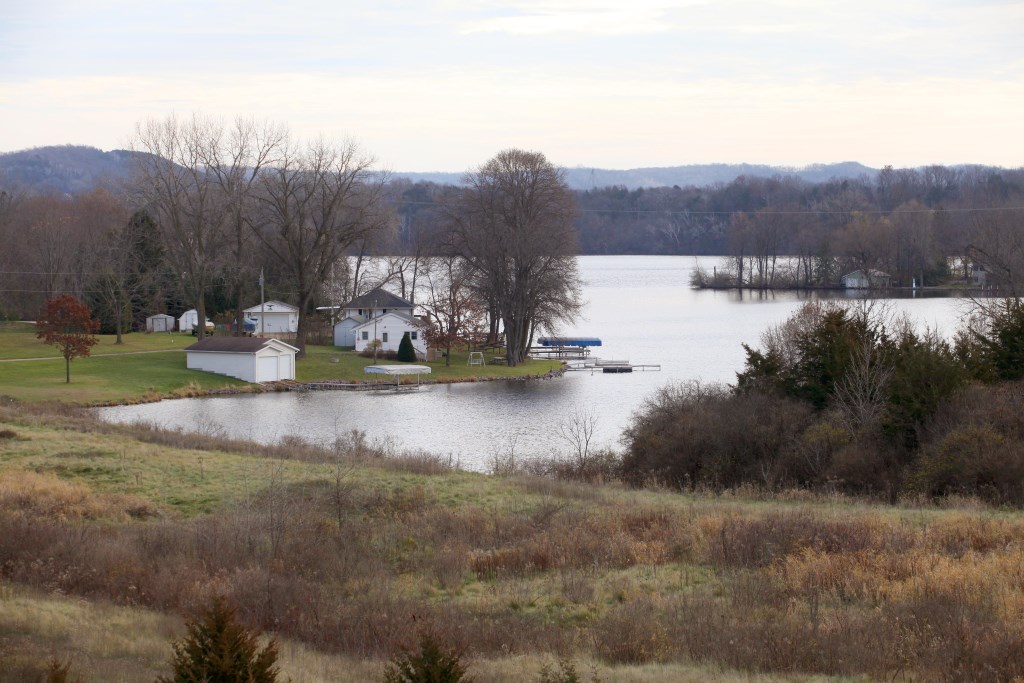 Mary Jane Koch’s extended family spent many years swimming in the waters of Gruber’s Grove Bay in Lake Wisconsin. But decades of harmful waste management practices by the Badger Army Ammunition Plant fouled its waters with millions of gallons of waste. The Army has spent about $125 million to clean up ground and surface water and soil contaminated by chemicals from the plant, some of which can cause cancer. Photo by Joseph W. Jackson III of the Wisconsin Center for Investigative Journalism.

Koch read about the tainted water years later in the Sauk Prairie Star. It was 1990, and the Army reported dangerous chemicals had been detected in residential wells in a subdivision south of Badger near her home. The news brought her to tears.

Chloroform and carbon tetrachloride, probable human carcinogens, had been detected at levels that exceeded Wisconsin groundwater enforcement standards. The Army eventually replaced two wells in 1990 and one in 1996.

In 2004, the Kochs were notified by the Army that ethyl ether was detected in their well. She felt like her nightmare had begun all over again. Koch started attending public meetings held by the Army and the DNR about the groundwater cleanup at Badger.

At one of the meetings she remembers saying to the representatives from the Army: “Why were we ever allowed to build there if you guys knew about this?”