The company's new headquarters was proof of the city's increasingly cosmopolitan style. 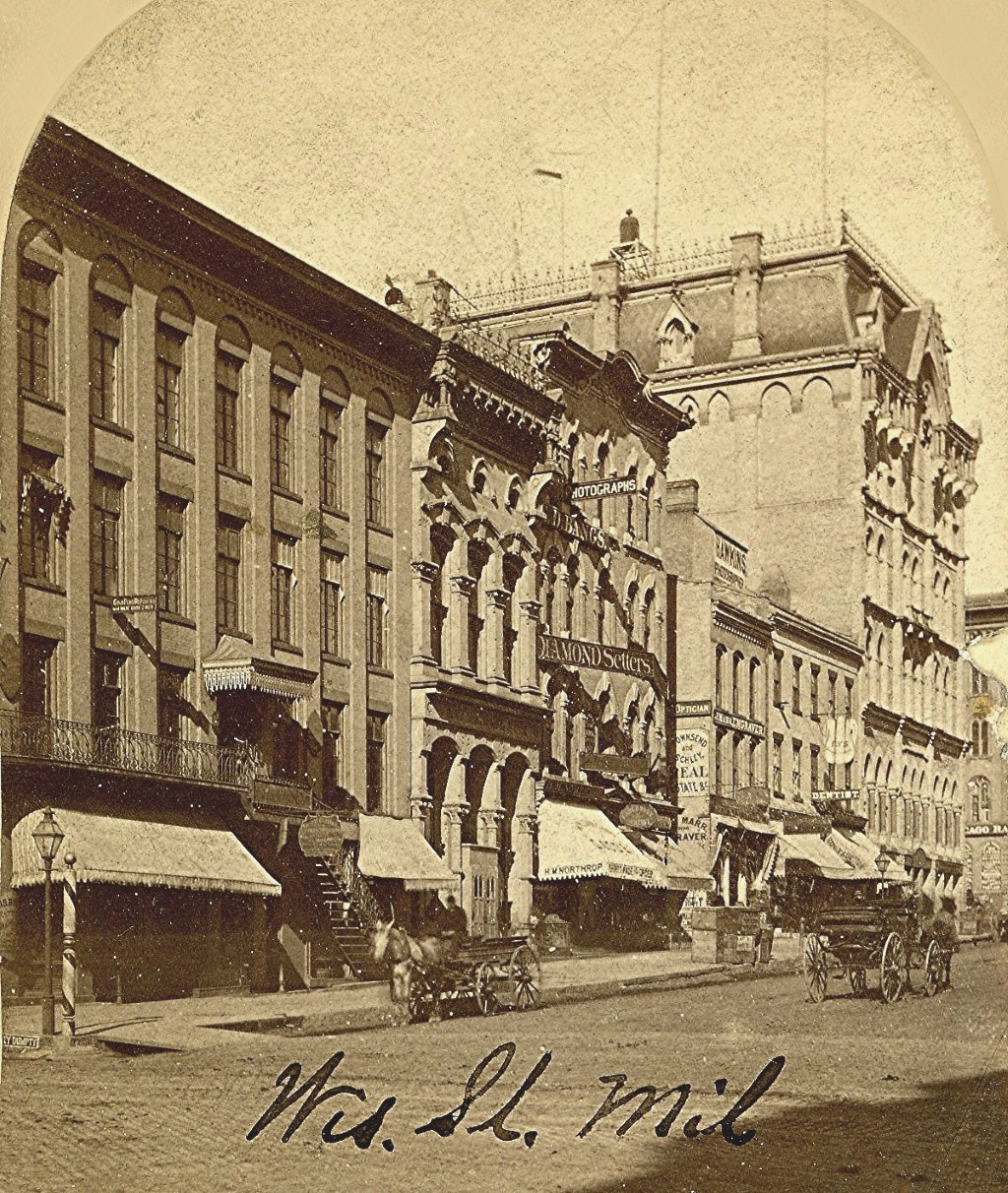 This is a view of the opposite side of Wisconsin St. (now Wisconsin Ave.) from last week’s featured photo. This is the north side of the street, again between N. Water St. and N. Broadway. Look just above the “Diamond Setters” sign in the center. Here you will find the signs for “Photographs” and “E.D Bangs.” E. D. Bangs did the photograph featured in our story last week, probably from the window of his office. Bangs did photography in Milwaukee from the late 1860s to the late 1870s, although this stereoview does not appear to be one of his. His stereoviews are uncommon and many are quite choice.

Another photographer is visible to the right of the Bangs sign. This is the studio of John Hawkins whose name appears in city directories from 1860 until at least the mid 1870s. He first located at this spot in 1866. As we noted last week, this block had many photographers, including Bangs, Hawkins, Lydston & Lydston and Henry Brown, so there must have been plenty of business for photographers at this time.

There are some interesting early buildings in this view. One is built in the Federal style while the building to the left of the Bangs studio has unusual Victorian elements towards the roofline and a very elaborate cornice.

The tall Gothic-revival structure is the Northwestern Mutual insurance building. The company had been founded in Janesville and moved to Milwaukee in 1859, and for some years had offices in the Iron Block Building. The company built this new headquarters in 1870 and with its classic pillars, Gothic window heads, iron balconies and elaborate stone carvings, it was a considered a fine example of the city’s increasingly cosmopolitan style. The company remained here until it built a new and bigger headquarters in 1885 on Broadway and Michigan.

None of the structures in this photo survive today.