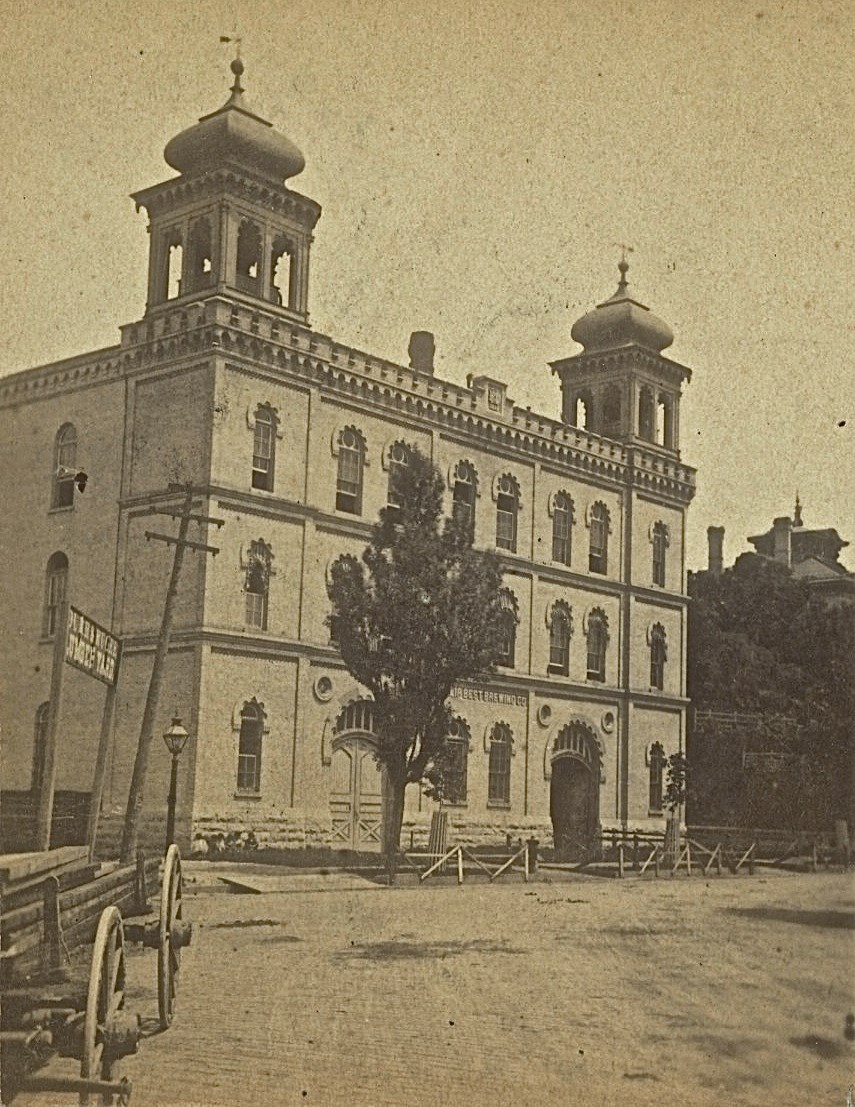 As we wrote last week, the purchase of the Melms Brewery by competitor the Phillip Best Brewery would prove quite successful, as the Best brewery became the world’s largest and later changed its name to the Pabst Brewing Co.

In 1880 the Best brewery’s south-side facility would expand, adding a bottling department that was completed in 1881. This photograph from that time shows the completed structure. It was an architectural departure from the earlier Melms buildings (done in Gothic style) as this was in the Moorish style. This building occupied the area that in the 1860s was an outdoor beer garden. Phillip Best’s daughter and son-in-law, Lisette and Emil Schandein, resided in the former Melms mansion, somewhat visible to the right.

This bottling building is the only portion of the brewery to survive today. It stands at 750 W. Virginia St. The Moorish towers are long gone but the Cream City brick exterior still pleases.

The brewery would not last many more years at this location. In 1885 company president Frederick Pabst would consolidate all production at one location, the downtown Pabst Brewing complex that today is undergoing much renovation.

Was this a smart corporate move? The old location was right next to the railroad. The Pabst Brewery complex never had any rail access for shipping and delivery. They would rely on horse-drawn wagons for delivery of the beer to the nearest freight depot located at Walnut just west of the Milwaukee River. This was the southern terminus of what was aptly nicknamed the “Beerline’ as it also would service the Schlitz Brewery for many years.