Rosati's pizza has 158 locations and wants to add one near Oriental Theatre, if residents will agree. 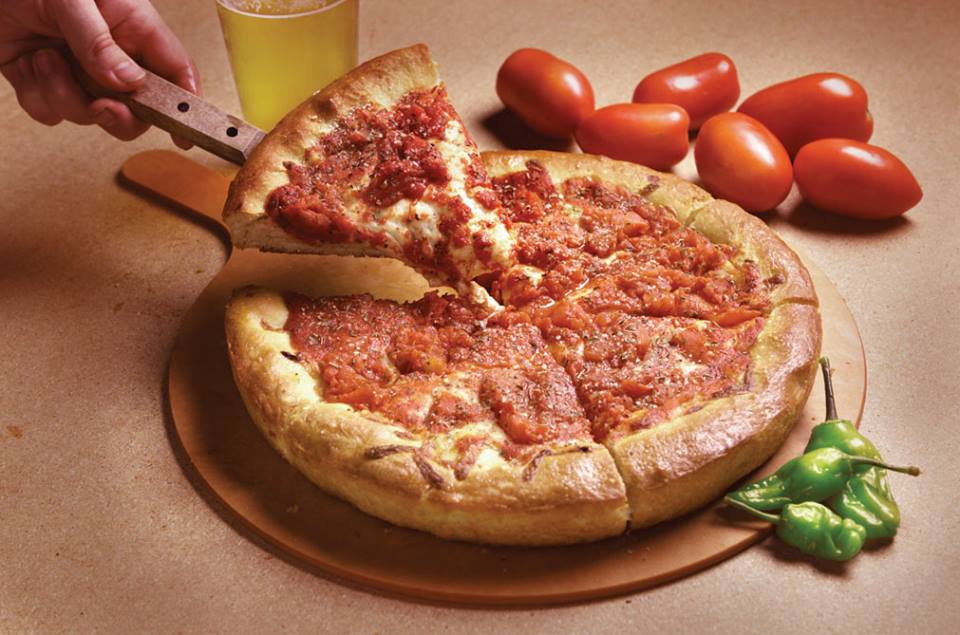 Rosati’s pizza is out to conquer the world. But in Milwaukee, they must convince the alderman and residents of the East Side before they can open what they hope will be their latest pizza parlor, at 2238 N. Farwell Ave., on the busy corner of Farwell and North.

Rosati’s is a Chicago-based, family-owned pizza franchise established in 1964 in Mt. Prospect, IL, though its roots go back to an Italian restaurant that immigrant and family member Ferdinand Rosati started in downtown Chicago in 1906. The Rosati’s Pizza franchise now consists of 158 locations, and expects to be at 200 soon, including 12 locations in Wisconsin, with franchises in Brookfield, Fox Point, Franklin, Germantown, Grafton, Menomonee Falls, New Berlin and Waukesha. Of the 158 locations, 25 are Rosati’s Pizza Sports Pubs.

A pizza sports pub is what is planned for this East Side location, formerly home to the Oriental Pharmacy, Twisted Fork and Replay Sports Bar.

General manager Terry Bruner, corporate general managers Noel Catarina and Brissa Urbina and assistant general manager Wendy Breese met yesterday with East Side neighbors and business owners to discuss the implications of the business serving alcohol in advance of the formal meetings in City Hall. Alderman Nik Kovac served as moderator. Bruner and company have already remodeled the building and are in the process of obtaining a Class B Tavern License and Food Dealer-Restaurant License.

Many neighbors complained that the abundance of bars in the neighborhoods can lead to drunken people defacing property and injuring themselves and others. One woman said she often finds her trash cans overturned and can’t even put Halloween decorations out. As Kovac noted, “The time between midnight and two is when North Avenue is almost too active.”

Neighbors are also afraid the area will have too many bars. “We wanted bars to continue to be successful, but we… want it to be a neighborhood where more than just bars can be successful,” said Kovac. “We have a number of different things on North Avenue and we want North Avenue to work for all those different kinds of businesses. We don’t want the balance to tip so it’s only known as a late-night entertainment district.”

Bruner, who is a licensed instructor for the National Restaurants Association for alcohol awareness, and Catarina said they were very serious about keeping the food first and the alcohol second. Since its early days in Chicago, they added, Rosati’s was always a family business. Other than the granite bar in the middle of the space, all the tables are booths for a more intimate family dinner, they explained. Nor will there be any late-night live music or DJs. They’ll be open from 10 a.m. to 2 a.m., with a full menu until close, placing the focus less on bar hours and more on dining. They expect that sales will be 80 percent food and 20 percent alcohol.

As far as controlling alcohol, Bruner said there will not be any excessive drinking deals such as 2 for 1, all-you-can-drink or pub crawls. The only deal is a happy hour from 4 p.m. to 7 p.m. where draft beers are a dollar off. They’ve also hired an experienced bouncer to act as security and are training all staff on how to handle issues.

Bruner also said that they’re going to create 50-plus jobs, clean up the alleyways outside and will give food to the homeless. “If someone loses a home and they need food, they’re hungry, call me,” said Bruner, “I’ll take care of them.”

Bruner noted his experience at Buffalo Wild Wings, which he ran for five years. “I watched many people be over served. I have to wake up in the morning and look in the mirror. I have to look at myself. And if I serve somebody and they get hurt… that’s on me.” He pledged to run Rosati’s in a responsible fashion.

While many were still concerned, everyone seemed in favor of the business. “We were very happy to hear this business is going to focus on food and be open early,” Alderman Kovac said. “It’s not going to be only open late at night when people are drinking. It will be open for lunch and dinner throughout the day and we want to have that kind of daytime activity as well as the nighttime activity.”

Rosati’s representatives will go before the Licenses Committee at City Hall on Oct. 20th and the Common Council on Nov. 2nd. If successful in obtaining the license, the business will open the week afterwards. We’ll provide updates here at Urban Milwaukee as they come.

Meanwhile, there is still time for citizens to weigh in. Do you think that Rosati’s pizza is a good fit for the neighborhood? Share your thoughts in the comment section below.

4 thoughts on “Will Pizza Sports Bar Open on Farwell?”