How Bliffert Lumber Got Into Hardware

The lumber company, which goes back to the 1870s, now has a popular hardware store in Riverwest. 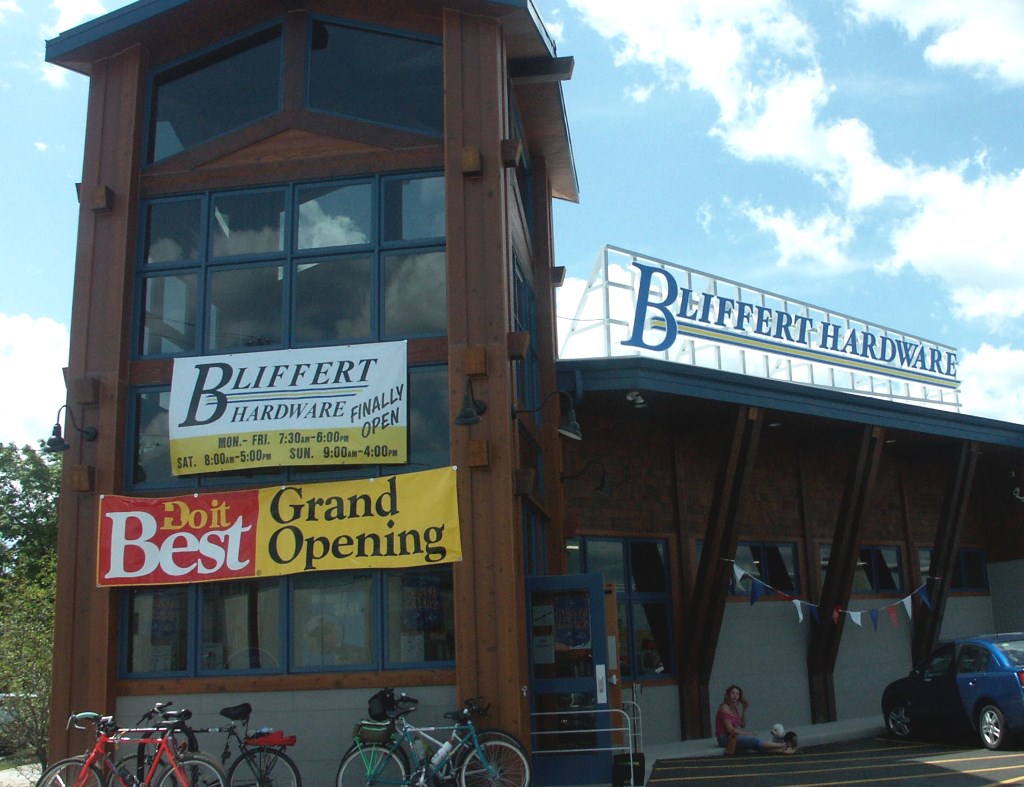 At Bliffert Lumber and Hardware on E. Chambers street stands a group of buildings, some very old and others quite new.

The original company store and the century-old, brick garage that once served as a stable for horses and wagons are a reminder of Bliffert Lumber’s origins, and Eli Bliffert believes the retail hardware store is an indicator of the company’s future.

“We call it fighting the retail relevance battle,” Bliffert says of his decision to open the company’s first retail hardware store in 2009.

In 2004, Bliffert Lumber was comprised of six yards under ownership by “different parts of the family,” Bliffert says. The same year, he worked to consolidate the yards under his single ownership, and purchased two more yards, one in Waukesha and the other in Sturtevant. Prior to the re-structuring his business, he was employing 20 employees at two yards; now he has 140 employees at eight locations. That includes four in Milwaukee and one each in Cudahy and Oak Creek, as the Bliffert website notes.

As lumber yards began closing and going out of business in Milwaukee and the surrounding area, Bliffert decided the company needed to tap into the retail hardware market or risk following suit. “We weren’t gonna make it another hundred years without some change,” he says.

Bliffert decided to choose his family company’s original business location on Chambers street in Riverwest as the site for his foray into the retail hardware business.

The Collectivo coffee shop, then called Alterra, was just down the street and a big draw for customers to the Chambers street location, he noted. Bliffert was soon watching numerous “Volvo station wagons” make U-Turns in front of his business on their way to grab some coffee, he notes.

Bliffert’s move into the hardware trade has won it recognition from the Metropolitan Milwaukee Association of Commerce. Bliffert Lumber was a first place winner in the category of building materials for this year’s Future 50 awards presented by the MMAC. The awards are given out each year to the 50 companies in the Milwaukee region that have shown rapid growth in employment and revenue over the previous three years.

“The East Side’s been good to us,” Bliffert said of his business’s success, lumping Riverwest into the East Side.

Bliffert noted the irony of his family’s business being named to the Future 50 awards during the same year they were asked to contribute some of their historical property to be preserved in the “Streets of Old Milwaukee” exhibit at the Milwaukee Public Museum. “It’s pretty cool that in the same time frame that we’re being named to the future fifty we’re also being put in the streets of Old Milwaukee,” he says. 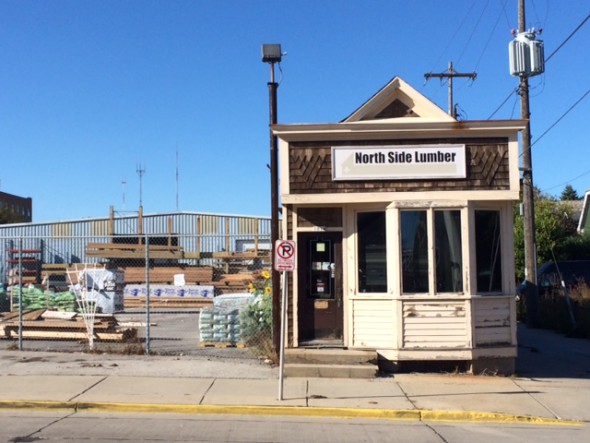 Bliffert Lumber’s original company store, which dates back to the 1870’s, was stripped of its interior furnishings, so the store could be preserved in the museum.

Eli Bliffert wasn’t always interested in running the family business. But he now takes pride in how long his family and the company has been a part of the Milwaukee community. “We’re in it for the long term,” he says,  not for the “quick buck.”

His children have become the sixth generation of Blifferts to work for the business. His kids, age 13 and 15, work the cash registers in the hardware store. Bliffert says his kids won’t be pressured to continue on in the family business if they choose to pursue other interests. Bliffert himself only began working at the company when he was in graduate school at UW-Milwaukee. He needed a summer job and decided to seek a job at the family’s lumberyard, then owned by his uncle and still president of the company Fred Bliffert, at the behest of his mother.

The company’s longevity has allowed its stores to become fixtures of the community. Bliffert enjoys getting to know his regular customers. “People have had accounts with us for generations,” he says. “We’re definitely part of the community.”

The only thorn poking in Blifferts side is the lumberyard competition from the big box stores, which can sometimes feel like a nail being driven by a hammer. “The box stores just pound it in to your head,” he says, referring to ad campaigns like those by Menard’s.

His lumber yard, which is mostly frequented by contractors, remodelers and a group of loyal customers, doesn’t get patronized by the younger people who typically head to box stores for their lumber needs, he says.

However, Bliffert still enjoys being a smaller, community-based company. It allows his company the freedom to do things the bigger companies can’t. Like letting dogs in the store, and local beer-based promotions.

“We do goofy stuff,” he says. “Like, we give away a lot of Lakefront Beer.”