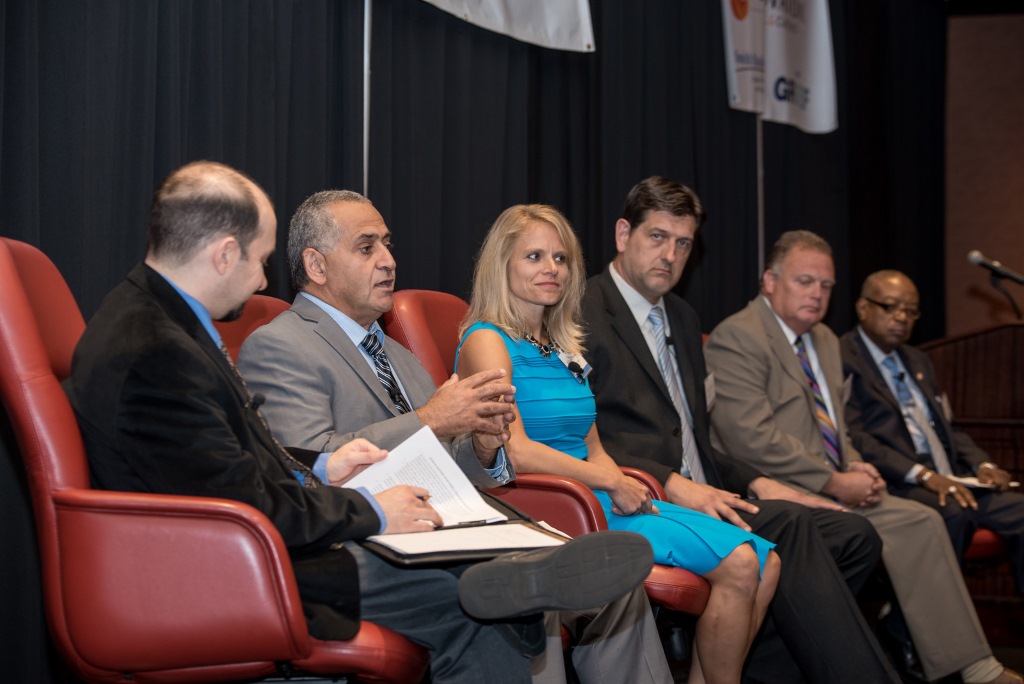 Potawatomi Hotel and Casino hosted a Public Policy Forum Viewpoint Luncheon on Monday. The luncheon talk, “Infrastructure Challenges in Metro Milwaukee,” highlighted the challenges of financing local and regional infrastructure maintenance, and served as a kickoff for what Public Policy Form President Rob Henken described as a “multi-year research project,” in which the forum will first quantify infrastructure needs, “and then compare those needs to the ability to pay.” 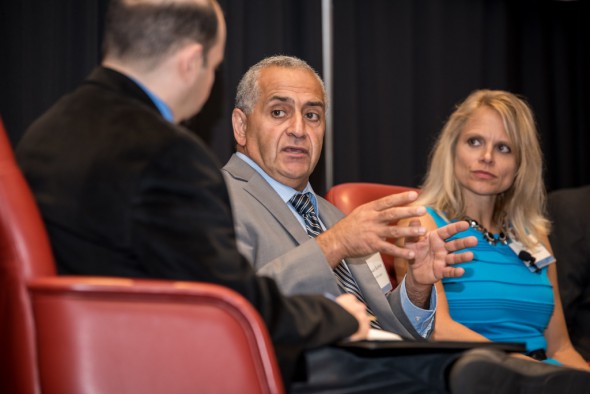 The panelists begin the talk by defining infrastructure from their perspective and assessing its current status. For Korban, infrastructure is the “needed assets in order to maintain an acceptable quality of life.” While some of those assets: streets, bridges and sewers, might be obvious, others, like the city’s tree canopy, which includes 200,000 trees, might be less so. The city’s infrastructure “ranges from very good to needs improvement.” The sewer system, for instance, “I’d put it against any other sewer system in the country.” Likewise the tree canopy, Korban adds. But, he describes the street lighting systems as “very aging.” He noted, “We maintain a good level of light and that comes at a cost. We need a major upgrade, but there’s no money.”

The condition of Waukesha County’s infrastructure, says Bussler, is a little bit, “in the eye of the beholder.” State and federal money is decreasing at the same time that the demands on the system are increasing. “We’re getting a lot more requests—expanded shoulders, bike lanes, more trucks with heavier loads,” but there is no increase in local revenue to meet those requests. “The desires of the electorate are more than we’re collecting funds for,” she explains. Dranzik of Milwaukee County agrees about the increased demands on the system and says that for the time being, Milwaukee County’s conditions are stable.

Shafer from MMSD has perhaps the most optimistic view. The condition of MMSD’s system, he says, is excellent and since 2003, the District has treated 95% of the water coming through their system. The challenge for MMSD “is coming in the future,” and includes tighter regulations and higher expectations.

Good infrastructure, says Winston, adds value. Adding workers to the economy is how to increase revenue for infrastructure projects. To build those jobs and, hence, improve infrastructure, local governments need to work together as a regional economic driver.

Shafer points out that infrastructure also includes the private sector. “It could be the plumbing in your house,” he explains. The tub, the toilet, and the lateral that connects a house to the city’s sewer system are all part of the infrastructure.

To that list, Winston adds housing. “Housing is where the jobs go to sleep at night,” he says. Heavy winter storms, for instance, undermine productivity if workers have to live far from work. He points to MMSD’s and the City’s work in the 30th Street Corridor, where massive flooding in 2010 compelled both MMSD and the city to respond to the flooding problem. Building parks and greenways as part of flood management squeezes everything it can out of available infrastructure funding. “That’s the future of what we’re going to see,” says Winston. “How do we get workers from one place to another and how do we squeeze more value out of the limited dollars that we have.”

Faced with declining state and federal funds, Teich asks the panelists where they’re getting their resources. Korban says that the city is becoming more “self-sustaining.” The highway trust fund, says Korban, is living “paycheck to paycheck,” and so the city has to become more self-reliant. The other panelists agree that both state and especially federal money is becoming a less reliable source of funding. Winston argues that the federal government has failed to develop their funding for infrastructure. Referring to Shafer’s explanation that funding tends to be “episodic,” meaning that it’s connected to an extreme weather episode, Winston points that’s not a useful planning strategy for state and local governments who need to plan their budgets years into the future.

Closing the discussion, an audience member asks about the contradiction between panelists claiming that there is a decline in federal money at the same time that the state has turned down federal money for infrastructure. “I can tell you that nobody I know in Milwaukee would refuse federal dollars,” Korban jokes.

Winston responds more directly to the question, clarifying that what the question is really referring to is Scott Walker’s decision to turn down funding for the high-speed rail. When the money comes with strings attached, Winston explains, you might want to say no. If it’s going to cost taxpayers more down the road, you might not want the money.

Korban suggests that one of the biggest challenges of federal money is the amount of oversight, which costs money. Given a choice between paying for the job yourself or using federal dollars, he says “I would always pick my own money.” But if he doesn’t have a choice, he works with the federal money. The city’s infrastructure, he says, is in relatively good shape. “It’s not a ticking bomb…We are paying attention to it.”

Waukesha and Milwaukee County are both concerned that they don’t have the buying power they had and are concerned about long-term projects, and Shafer believes that MMSD’s position has actually improved because the District has managed their money well. But, like Winston, the panelists agree that future funding is limited and tends to swarm towards the areas where there is the most need. “That sucking sound,” says Shafer, is federal money sinking into the country’s latest disaster—the fires out west.

One thought on “Milwaukee’s Infrastructure Challenges”