The Meltdown of Scott Walker 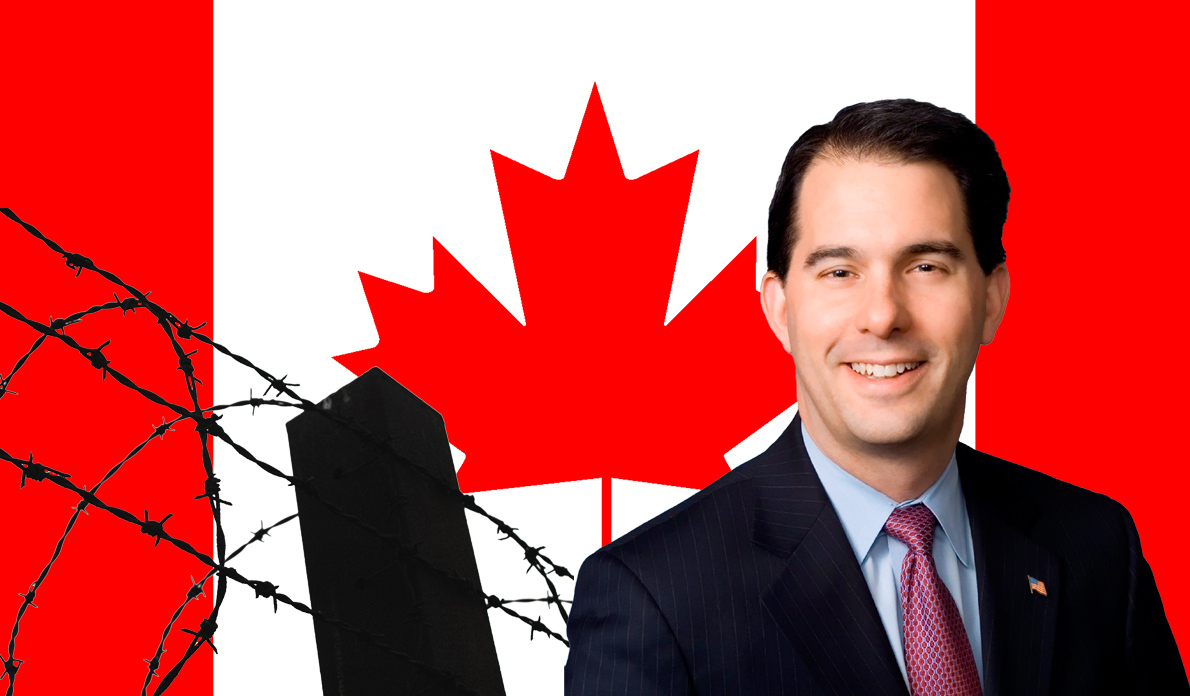 Wow, was I wrong.

I was met with doubters among both Democrats (of course) and Republicans saying he had no chance. And right now, their forecasts look a hell of a lot more prescient than mine.

It’s truly mind-boggling to watch how Walker the once-so-disciplined campaigner has come apart at the seams in just a few weeks.

He next changed to no position on birthright citizenship: “I’m not taking a position on it one way or the other,” he said.

Two days later Walker told ABC he was not seeking to repeal or alter the 14th Amendment, a trifecta of contradictory positions that earned stories like this.

Walker next called on President Barack Obama to cancel the visit by China’s president Xi Jinping, citing the impact of China’s “manipulation” of its economy on the declining stock market. Precisely how that would improve the stock market was never explained by Walker. The Milwaukee Journal Sentinel patiently quoted experts explaining why Walker’s suggestion was very bad policy, and “critics quickly brought up his nine-day trade mission to China in 2013 and pointed to photos of the Wisconsin governor meeting with Xi Jinping touring the country and riding a Harley-Davidson motorcycle at a newly opened dealership in Tianjin,” as the Washington Post pointed out.

Beyond its silliness and seeming hypocrisy, Walker’s proclamation could hurt him in Iowa, the one primary he must win. Republican Gov. Terry Branstad, who could have an impact on the Iowa caucus and seemed to be close to Walker, values his relationship with Xi and farmers in Iowa export millions of dollars worth of soybeans to China each year, the Post noted.

Not long after this Walker also went on CNBC and denied he’s a career politician — though he has been in elected office since age 25 and held office for nearly his entire adult life.

But Walker’s biggest whopper came when asked by “Meet the Press” host Chuck Todd if he supported building a wall along Canada’s border. Walker said this: “Some people have asked us about that in New Hampshire.  They raised some very legitimate concerns, including some law enforcement folks that brought that up to me at one of our town hall meetings about a week and a half ago. So that is a legitimate issue for us to look at.”

Undaunted by such geography, Walker later posted Twitter messages that said, “Having a secure border is a legitimate concern for the safety of our nation,” and, “Law enforcement expressed concerns to me about border security. I won’t ignore them.”

The idea set off a storm of media attention and ridicule, with one wag dubbing this the Great Wall of China. Conservative Washington Post columnist Jennifer Rubin called Walker’s suggestion “plain goofy since immigrants are not exactly streaming in from Canada.” Rand Paul called it “a ridiculous notion.”

But to measure just how ludicrous Walker has become, consider not his critics but what his defenders have to say. And no one spends more time promoting and brown nosing Walker than conservative radio talker Charlie Sykes, who devoted an entire column to explaining how Walker’s idea — which Sykes called “Trumpian, in its impracticality and absurdity” — was actually caused by, ahem, a verbal malady. According to Dr. Sykes: “part of this may be due to Walker’s unfortunate verbal tic where he answers questions with what appears to be an affirmative before giving his intended answer…So, no, that is not an actual endorsement of building a 5,500 mile wall along one of the most peaceful borders in the world.”

Uh huh. Except that when Walker gave his intended answer, he explained, at length, that he had concerns from people in New Hampshire and that he therefore saw this as a legitimate issue to look at. And he then followed this with twitter messages reaffirming the need to have “a secure border” with Canada. That’s not a verbal tic, that’s a massive and uncorrected brain meltdown. Within a day, Walker did back off from the position, but that didn’t help matters much.

A far better explanation for Walker’s mis-steps was offered by the New York Times, noting Walker’s decades-long tendency to operate as his own campaign manager has served to “reinforce an impression… that he is a political lifer with a shallow grasp of policy who lacks the gravitas the presidency demands… To think like an operative, after all, is to find a way to appeal to the political marketplace at a given moment, to devise a way to win. But a fixation on salesmanship can also lead to shifting on issues.”

That tendency to shift on the issues was always present in Wisconsin, as I’ve written, but was consistently disciplined and strategic. When faced with the fast-paced tumult of a presidential campaign, and the exponentially larger national press corps, Walker hasn’t been able to control his message and keeps getting caught leaning this way and that to impress reporters and audiences.

But that has been compounded recently by the rise of the Donald, who threatened to steal victory in Iowa, the one state Walker has to win, and so the governor has become increasingly desperate to out-Trump Trump. When faced with a preposterous question like building a wall along Canada, Walker’s first instinct is: what would the Donald do, I can’t say no and then have Trump blast me, better to say I’m open to the idea.

Indeed, GOP candidate Carly Fiorina, while expressing caveats, said she would be open to the Canadian wall if necessary to stop illegal immigratation: “I mean, if that’s what it took to do it, I would do it, north or south.”

We have reached the point where the most ridiculous ideas will be considered by someone in this GOP carnival; the operant rule: when in doubt, pander. And for someone like Walker, a campaign operative first and a policy person a very distant second, that will likely cause continued flubs and flip flops.

Walker’s problem isn’t a verbal tic but a Trump obsession: the governor’s flub on immigration, the absurd contention that he wasn’t a career politician, the silly saber rattling on China (a country Trump has repeatedly promised to get tough on), the Great Wall of China — it’s all campaign strategist Walker’s attempt to stem the Trump wave.

What we’re seeing is the desperation of a candidate who once had a huge lead in Iowa and was second place nationally in polls, looking to regain his edge. The man who sold himself as “Unintimidated,” the rock solid man of conservative principles, “has pandered to Iowa voters, prioritizing issues like immigration and the nuclear deal with Iran that were never core to his appeal, and let his campaign be drawn into the day-to-day absurdities of the Trump circus,” as Peter Suderman writes at Reason.com, the free market publication that should be a champion of Walker.

“Walker is running a pandering, cringe-worthy campaign marked by a consistent inability to clearly articulate, and stick to, his own positions,” Suderman goes on. “He has not only shifted his policy positions, he has shifted his character—and in doing so, he has undermined his essential appeal.

The latest poll finds Walker polling at just 5 percent, tied for eighth place with Mike Huckabee. In Iowa, where Walker has focused his campaign strategy and resources, a Monmouth University poll this week put him in fifth place, with 7 percent, behind Trump, Ben Carson, Fiorina, and Ted Cruz.

“Ask anyone in a television greenroom or reporters scrum on the campaign trail and they will tell you flat out: Scott Walker is finished,” writes conservative columnist S.E. Cupp.

The obit is perhaps premature, but Walker may need a miracle to rise from his current slough of despair.

37 thoughts on “Murphy’s Law: The Meltdown of Scott Walker”