Don't like country? Other shows boast comedian Kathleen Madigan or the magic Supernaturalists. 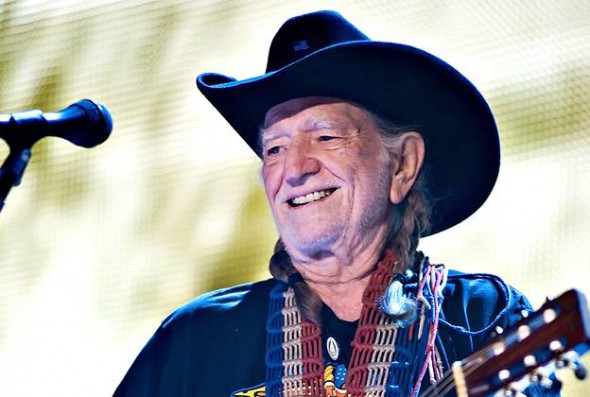 It’s always a big event when country legend Willie Nelson comes to town and even bigger when accompanied by Merle Haggard. And just a few weeks later country rocker Steve Earle bounces into town. If that ain’t your thing, there are a lot more shows that have just been announced, from the progressive rock of Umphrey’s McGee to the unique comedy of Kathleen Madigan. And most of the ticket prices for the 12 new shows announced dance around the $30 mark.

Glaser was a semi-finalist on season four of “Last Comic Standing.” She is a Cincinnati native who was raised in St. Louis and started performing stand-up at the age of 18, appearing on the show less than two years later. Since, she has performed on Conan, “The Tonight Show with Jay Leno,”and “Last Comic Standing” season 7. She also made an appearance in Judd Apatow‘s 2015 film Trainwreck.

Although Brody Stevens is From Los Angeles, he describes his New Mexico family as “pioneering Jews of the southwest.” That should give you some clue as to his style of humor. In 2011, Stevens starred in and produced a Comedy Central TV series titled “Brody Stevens: Enjoy It!” Stevens is a regular panelist on “Chelsea Lately” and has writing credits for “Tosh.0,” “The Best Damn Sports Show Period,” and The Hangover I and 2.

The Supernaturalists are nine magicians gathered from around the globe, from France, to South Africa, to Colombia. They are each masters of their craft and were handpicked for this magic show by famous illusionist Criss Angel.  Angel will join the performance virtually via LivE video feed from Las Vegas. His goal was to create the Cirque du Soleil of magic shows – a revolutionary theatrical experience to inspire awe and amazement.

Lettuce talk about this funk band from Brooklyn. Because really, the group jokes that their punny name came from inviting themselves to other bands’ gigs. “Let us play your instruments, let us sit in on your gig.” It worked out for them. Band members originally came together as students at Berklee University in 1992 and have pursued individual careers individually as well. Members have worked with various artists such as 50 Cent, Britney Spears, Justin Timberlake, Public Enemy, and Pretty Lights. The sound of Lettuce is influenced by R&B and jazz groups such as Herbie Hancock, Earth, Wind, and Fire, and Tower of Power, and the group is known for its energetic performances.

The iconic country legend from Texas is gathering his family band and making his way to Milwaukee this fall with Merle Haggard. Nelson’s career has spanned six decades, during which he released over 200 albums, has acted in more than 30 films, and has been an activist for the use of biofuels and the legalization of marijuana. He is recognized as a prominent figure in outlaw country, a style developed in the 1960’s in response to Nashville’s then conservative sound. Nelson’s hits include songs “Crazy,” “Red Headed Stranger,” and “Stardust.” He has a long history of collaborating with Haggard. The duo released an album earlier this summer, Django and Jimmie.

Houndmouth is the collaboration of four New Albany, Indiana area artists: Matt Myers, Shane Cody, Katie Toupin, and Zak Appleby. They had all played independently or in different bands with little expectation of becoming a sensation prior to coming together. The band recorded their EP from Cody’s basement, but the thin walls allowed the barking of two neighbors’ dogs to be recorded onto the tracks. From this experience the term Houndmouth was thrown around and eventually got stuck as the band name. Their second album, Little Neon Limelight, was just released this last March and features their hit “Sedona” (listen to it here) better known as that “hey little Hollywood” song.

Umphrey’s McGee is a progressive rock band from South Bend, Indiana with a jam band style; they are known for their ever-changing set lists, open taping policy, and multiple sets per night. Guitarist Brendan Bayliss brought the band together while attending The University of Notre Dame. The band is named after a distant cousin of Bayliss who pronounces his name with a silent “H.” Whatever. The band annually plays 100+ shows, has sold 3.5 million online tracks, and just released their eighth studio album this summer, The London Session. North American Scum will join Umphrey’s McGee on the October 29th performance, and The Motet will take the stage with Umphrey’s on the 30th.

The experimental rock band from Australia formed in 2008 and their debut album Ground Dweller was released in 2012. All band members actually have tattoos of the mechanical bird from their first album’s cover art. See it here. They made their first headlining run in the U.S. in May 2014 to support their album Unimagine. They are currently on a world tour to support the upcoming release of their latest album, Dissonants.

Known as one of the founders of the electro-industrial rock genre, Skinny Puppy has been in the music scene since 1982. Despite little mainstream airplay, the Canadian group is widely respected and has a cult following. In the late 80’s and early 90’s Skinny Puppy was noted for their controversial stage performances, which included band member Nivek Ogre being suspended from cables, a mock execution of former U.S. President George H.W. Bush, and an angle grinder. Their most recent album, Weapon, was released in 2013.

Steve Earle and the Dukes

The bluesy rock ‘n roller from San Antonio, Texas, started playing guitar at 11 years old and pursued a career in American country rock music in Nashville. He’s been a top musician for decades and his songs have been recorded by the likes of Johnny Cash, Waylon Jennings, Willie Nelson, and The Pretenders. Earle has appeared David Letterman‘s Late Show, has penned a novel, a play, and a book of short stories. His sixteenth studio album, Terraplane, was released in February of this year.

GTA is the music of Julio Mejia and Matthew Van Toth. Although the Miami duo has been labeled as an electronic dance music group, they try to upset genre expectations. Two of their most recent albums are dedicated to this mission (titled “Death to Genres” Vol. 1 & Vol. 1.5). The artists were exposed to a variety of urban, electronic rock, hip hop, and latin music and have developed a sound all their own. A Google search for GTA is quick to bring up Grand Theft Auto, but their name isn’t related to the video game. Van Toth said it stood originally for Grand Theft Audio because they liked the way it sounded but it was eventually shortened to the acronym. It has since become a fill in the blank type acronym; in my searches a few things have come up, “Get That Ass,” “Good Times Ahead,” and “Goons Take America.” You pick – Van Toth said it stands for whatever you want it to.

Fm 106.1 presents country star Randy Houser with Frankie Ballard and a special guest Craig Campbell. Houser found success early; at only 10 years old, the Mississippi native was already leader of his own band. Thirty years later, he has multiple ACM and CMA nominations, helped co-write Trace Adkins‘ hit “Honky Tonk Badonkadonk,” and has three consecutive number one hits of his own, “How Country Feels,” “Runnin’ Outta Moonlight,” and “Goodnight Kiss.” He released a single in mid-May of this  year, “We Went,” which is also the title of his fall tour.

Madigan has been described as one of the country’s funniest comedians. She typically doesn’t pick up acting or writing gigs – she is one comedian who prefers to be on stage telling jokes and laughing along with the audience. Madigan has written and produced, however, for Lewis Black‘s Root of all Evil, has won the American Comedy Award for “Best Female Comedian,” and has toured for troops overseas with fellow comedians John Bowman and Robin Williams, and musical acts Kellie Pickler and The Zac Brown Band.

One thought on “The Ticket Window: Willie Nelson and Steve Earle Coming”